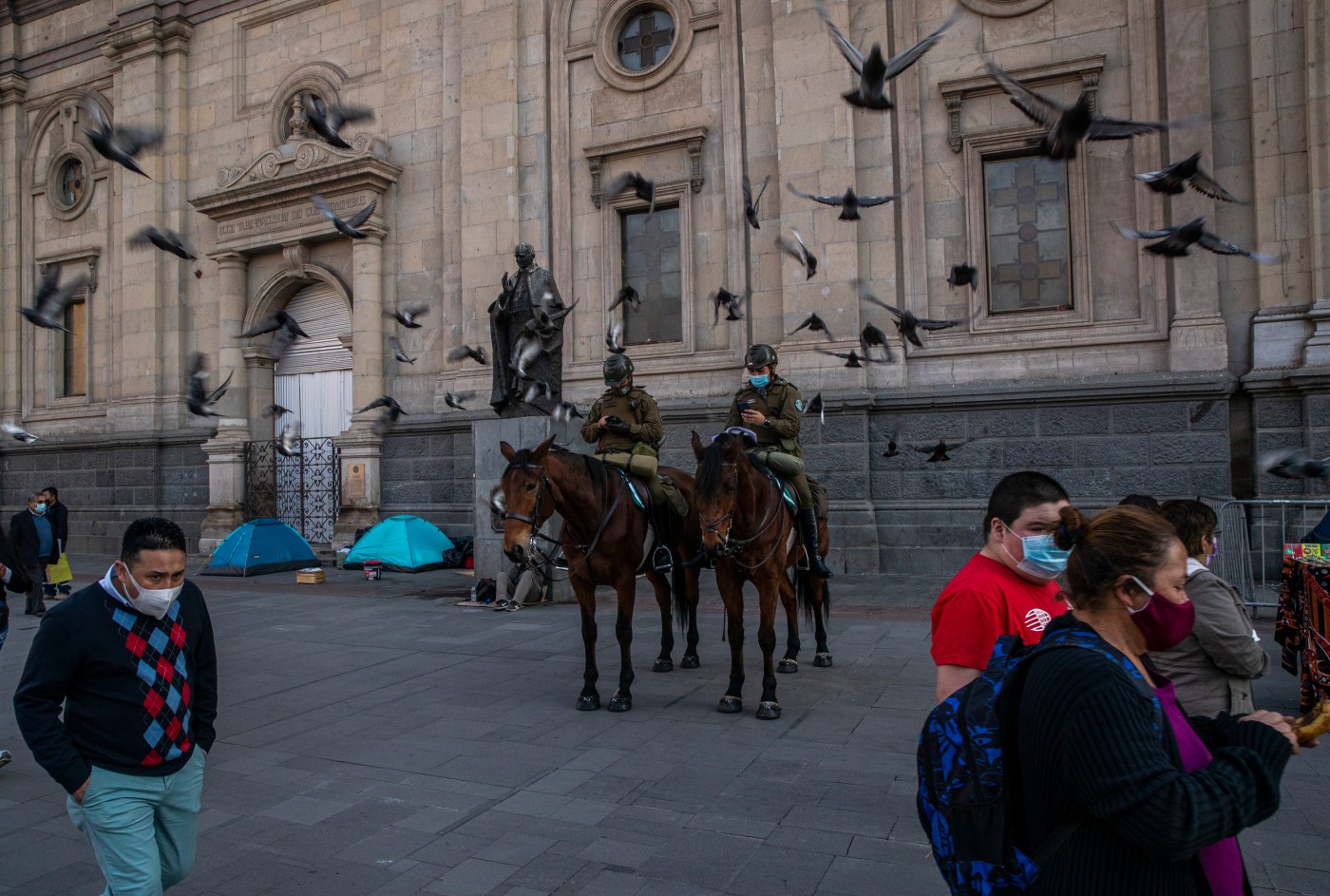 SANTIAGO – Chilean health authorities announced a blanket lockdown across the capital Santiago on Thursday following some of the worst COVID-19 case numbers since the pandemic began, despite having fully vaccinated more than half its population.

The development, which will alarm authorities elsewhere who are debating how fast to reopen as vaccination campaigns gather steam, comes as Chile’s confirmed daily caseload surged 17% in the past two weeks nationwide and 25% in the Metropolitan region that includes Santiago and is home to half the country’s population.

Intensive care beds in the capital region are now at 98% capacity. Jose Luis Espinoza, the president of Chile’s National Federation of Nursing Associations (FENASENF), said his members were “on the verge of collapse.”

Chile has one of the world’s highest vaccination rates. Around 75% of its 15 million residents have already received at least one dose of vaccine, and nearly 58% are completely inoculated. On a per capita basis among larger countries, it the vaccination leader in the Americas and the fifth highest worldwide, according to Reuters data.

It has used nearly 23 million vaccines doses so far – 17.2 million of Sinovac’s, 4.6 million of Pfizer /BioNTech’s, and less than 1 million each of AstraZeneca’s and CanSino’s.

Vaccines are not 100% effective, medical experts pointed out, and there is a time lag before they reach their highest efficacy. Also driving the fierce second wave is lockdown fatigue and the appearance of more contagious variants.

Of 7,716 people confirmed as infected with COVID-19 between Wednesday and Thursday, 73% had not been fully inoculated and 74% were under 49 years old, the health ministry said.

Dr. Cesar Cortes, emergency physician at the University of Chile hospital, said people who stayed home last year were now more afraid of being without work.

“Last year, there was low circulation and the confinement measures were more effective because people were scared of dying,” he said. “That’s not happening now.”

Without its vaccines, Chile would be far worse off, he said.

“The complicated situation we are seeing now would be catastrophic,” he said.

Chile’s health regulator, the ISP, said genome sequencing of infections between December and June had confirmed the Brazilian P1 variant was the most prevalent in the country, and “twice as contagious as the original strain.”

Q&A: California reopens next week — Can I trash all my COVID masks?

CDC warns about spike in virus infection spreading across the South

Submit your letter to the editor via this form. Read more Letters to the Editor. Utilities’ power shutoffs inadequate fire defense Preemptive blackouts, a.k.a. “Public Safety Power Shutoffs,” are a poor solution to preventing wildfires ignited by power lines. Alternative tools, knowledge and best practices in wildfire prevention are available today. So why are electric […]

The East Bay is gathering quite a collection of former Cal running backs to coach its high school football teams. On May 28, Jahvid Best was named the football coach at St. Mary’s-Berkeley. He was joined on Wednesday by C.J. Anderson, who was announced as the new coach at Monte Vista. Anderson, 30, played at […]

BIG SUR — Nearly 2,400 acres of Ventana Wilderness has been consumed by the Willow Fire since it first erupted last Thursday near the Arroyo Seco Recreational Area and Tassajara Hot Springs, and remains at 0% containment. “Crews have been relying heavily on aviation with air tankers busy dropping retardant,” said Andrew Madsen, U.S. Forest […]