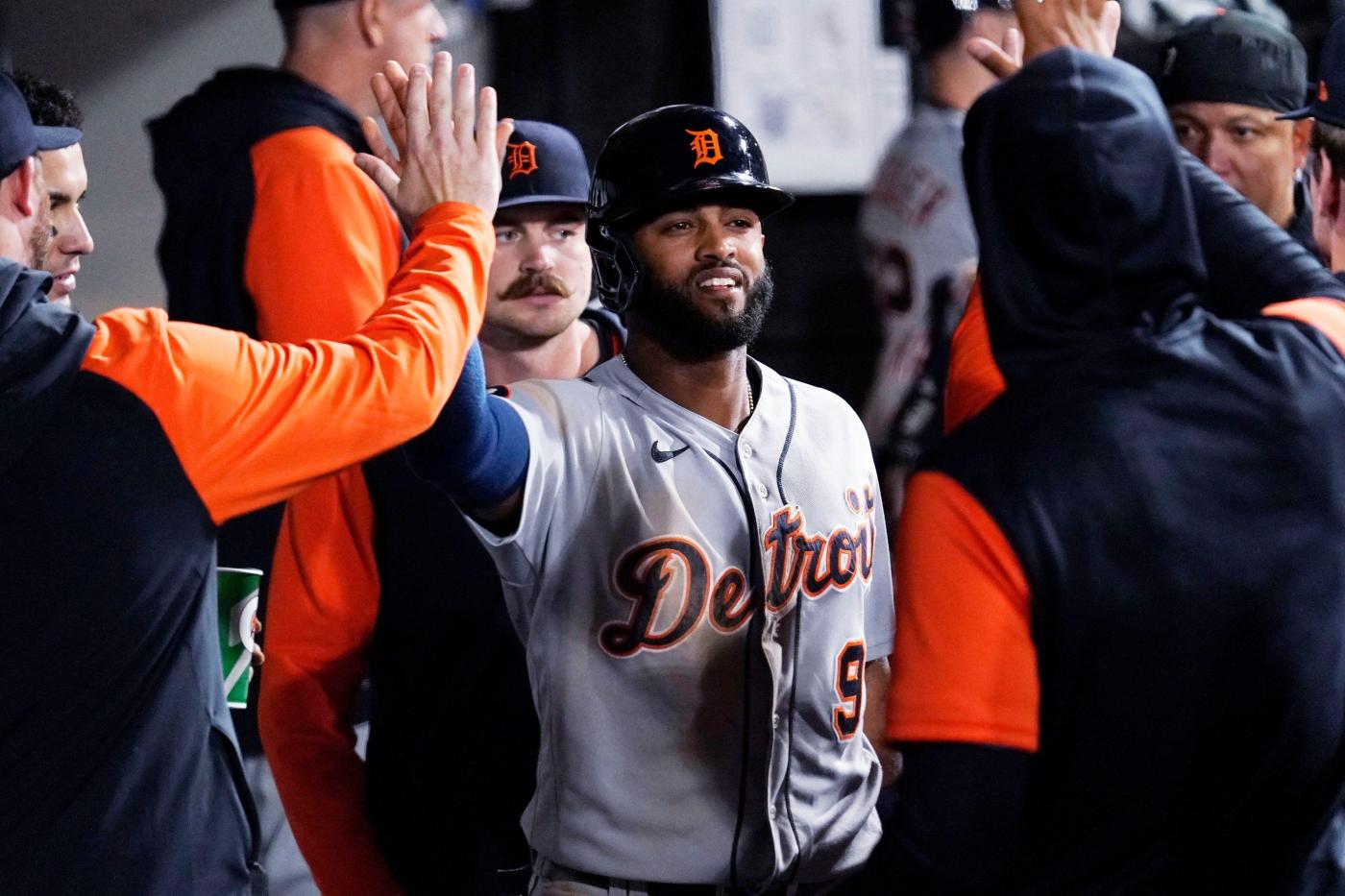 The Chicago White Sox called on Gavin Sheets to hit for Adam Engel with the bases loaded and two outs in the eight inning Friday against the Detroit Tigers.

The Sox were down by two but were threatening against right-handed reliever José Cisnero.

The Tigers countered, bringing in reliever Andrew Chafin to set up a potential lefty-against-lefty matchup.

The Tigers got the better of the chess match as Chafin struck out Gonzalez.

The Sox rallied once but couldn’t do so again in a 5-3 loss in front of 33,257 at Guaranteed Rate Field. It was the fourth consecutive loss for the Sox, who are eight games behind the Cleveland Guardians in the American League Central and 6½ back in the wild-card race with 11 games remaining.

The Guardians, who on Thursday completed a three-game sweep of the Sox at Guaranteed Rate, remained hot Friday with a 6-3 victory against the Texas Rangers. Their magic number to clinch the division is three.

“We came into the (Cleveland) series focused, ready to go, and it just didn’t go our way,” Sox starter Lucas Giolito said. “Heartbreaking losses. It’s just the way it goes. You move on and we just play for each other and play hard through the end of the season.

“I wouldn’t say it’s surprising or shocking. We’ve had a whole season of not putting things together. (Friday), another tough loss late. We’ve got a lot of motivation, at least for myself. … A lot of motivation for these last two starts and then an important offseason.”

Giolito allowed three runs on six hits with nine strikeouts and a walk in six innings. He did not factor in the decision.

The Sox tied the score 3-3 with an AJ Pollock two-run homer in the sixth.

The Tigers regained the lead in the seventh. Akil Baddoo walked, stole second and advanced to third when catcher Yasmani Grandal’s throw went into the outfield. Baddoo scored on Riley Greene’s sacrifice fly to center.

“It happens,” Sox acting manager Miguel Cairo said. “But Baddoo, he’s fast. We are trying to hold him, but he takes a chance a few times and he got the bases. It’s part of the game.”

The Tigers used their speed for an insurance run in the eighth. Pinch runner Willi Castro stole second, advanced to third on a wild pitch and scored on a two-out double from Spencer Torkelson against reliever Jimmy Lambert.

“It’s speed, man,” Cairo said. “We’ve got to do a better job holding the runners. We did it, but they were fast, got a good jump and they stole the bases.”

“We shot ourselves in the foot a few different ways over the course of the year, and the series against Cleveland did not go well,” Giolito said. “At this point we just go out and play hard and give it our all until the end. That’s really it.”

We have endured multiple years of drought, and are probably in store for more. For many of us, it makes sense to replace all or part of our lawn area with less water-intensive plantings. If you decide to undertake a lawn replacement, make sure you do it properly; incompletely killed grass can regrow amid new […]

There was a hint of a smile on right-hander Hunter Harvey’s face, even as the home run he had just conceded left his current team tied with his former team. The amusing aspect wasn’t how far the ball had traveled, or what the scoreboard read after the reliever’s outing ended for the Washington Nationals. It […]

Harriette Cole: My new co-worker is the woman who once fired me, and I still resent her

DEAR HARRIETTE: Years ago, I worked as a teacher at a small private school. The school was so tiny that some of the supervisors were teachers themselves. I was fired abruptly one day by a supervisor who didn’t see my value. This was obviously crushing at the time, but I’ve since found a new school […]