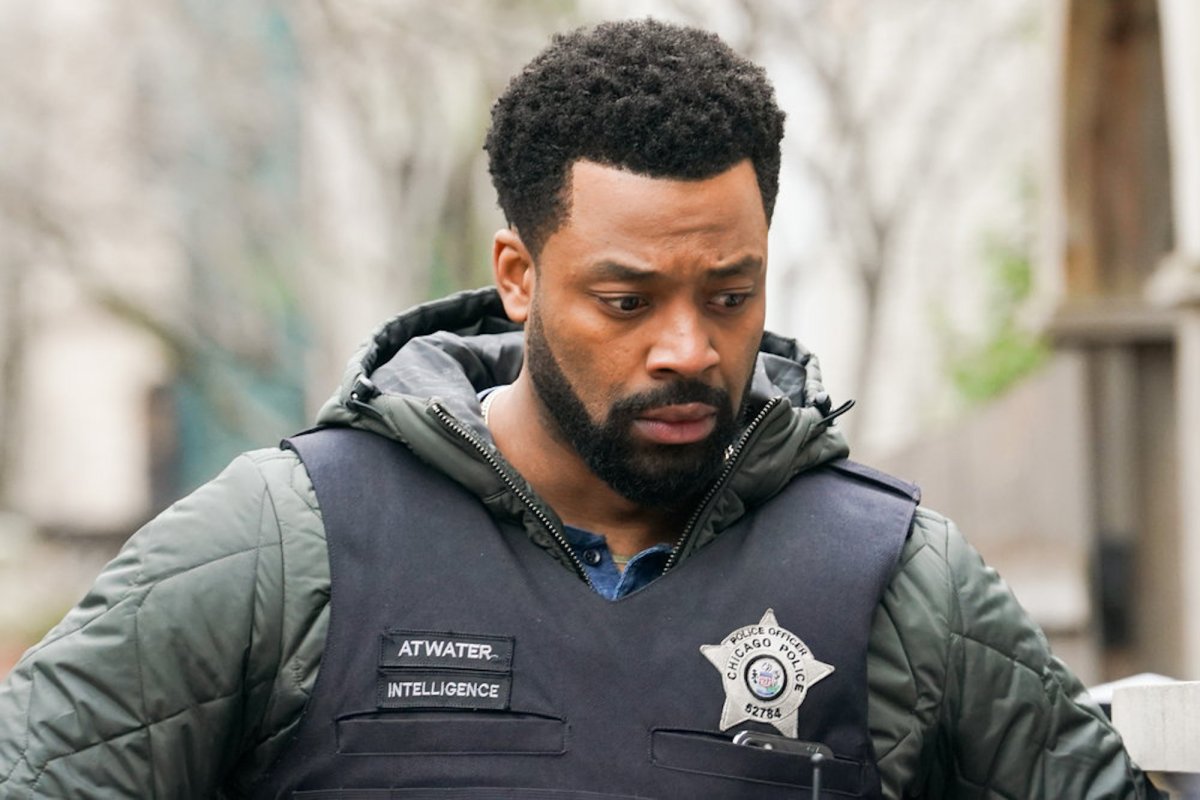 NBC’s One Chicago shows return this fall, and fans can’t wait to see what happens on Chicago P.D. Season 10. A new behind-the-scenes look from Kevin Atwater actor LaRoyce Hawkins shows several of the Intelligence Unit officers in uniform, prompting fan speculation that a promotion might be in order. Here’s what fans think will happen in the new season.

LaRoyce Hawkins will return for Chicago P.D. Season 10 as Kevin Atwater. Atwater’s storyline in Chicago P.D. Season 9 surrounded his relationship with Celeste, and he also dealt with what being a cop really means to him moving forward. More recently, he posted a sneak peek to his Instagram of what’s to come for season 10.

Screen Rant notes the official uniforms don’t come out often in Chicago P.D. In the past, the Intelligence Unit wore them during funerals or promotions. Other cast members from the new season, like Jesse Lee Soffer and Tracy Spiridakos, posted their own BTS moments from the upcoming season, but neither of them showed the official uniforms that Hawkins did.

Screen Rant mentions the official uniforms shown in LaRoyce Hawkins’ Instagram post could indicate a funeral will happen in Chicago P.D. Season 10. But fans on Reddit think a member of the Intelligence Unit is receiving a promotion to detective. With Hawkins at the forefront of the photo and him questioning his place within the unit, he might be the one to snag the promotion.

“My guess: One (or all) of the Intelligence officers (Kim, Adam, Kevin) is either receiving an award or getting promoted to detective for the drug bust they made at the end of last season … but I suppose we’ll have to wait to find out for sure,” a Reddit user wrote.

“I still say Kim, Ruzek, AND Atwater make detective because of that drug bust,” another Reddit user mentioned, referring to the end of Chicago P.D. Season 9. “I mean, Kim should’ve made detective years ago with her record. It may be unlikely to happen IRL, but on TV, sure, and IRL, they all would have been detectives long ago.”

Who is returning to the ‘Chicago P.D.’ Season 10 cast?

EXCLUSIVE: Benjamin Levy Aguilar has been promoted to series regular for Season 10 of NBC’s ‘Chicago P.D.’ He will reprise the role of Dante Torres who, fresh off patrol, comes to Intelligence as a rookie https://t.co/FxQhjH2Gp0

Who will fans see returning to the Chicago P.D. …read more

ST. LOUIS —  The Yankees’ newest starter, Frankie Montas is scheduled to make his Yankees debut Sunday. He had still not joined the team before batting practice on Saturday. “I’m hoping we’ll see him tonight at some point, whether it’s at the hotel or whatever,” Yankees manager Aaron Boone said. “So he’s got with our […]

Pattie Boyd married George Harrison at the height of the Beatles’ fame. Fans swarmed her husband everywhere they went and often threw abuse at Boyd when she was out in public. She explained that things became particularly hard after fans discovered where Harrison lived. While Boyd didn’t initially share the home with him, she kept […]

Anne Heche | Axelle/Bauer-Griffin/FilmMagic Police, firefighters, and paramedics all responded to the scene. Firefighters took more than an hour to extinguish the blaze caused by the collision and extract Heche from the vehicle. According to reports, Heche was conscious and talking during the rescue. She fell into a coma upon being removed from the car. […]