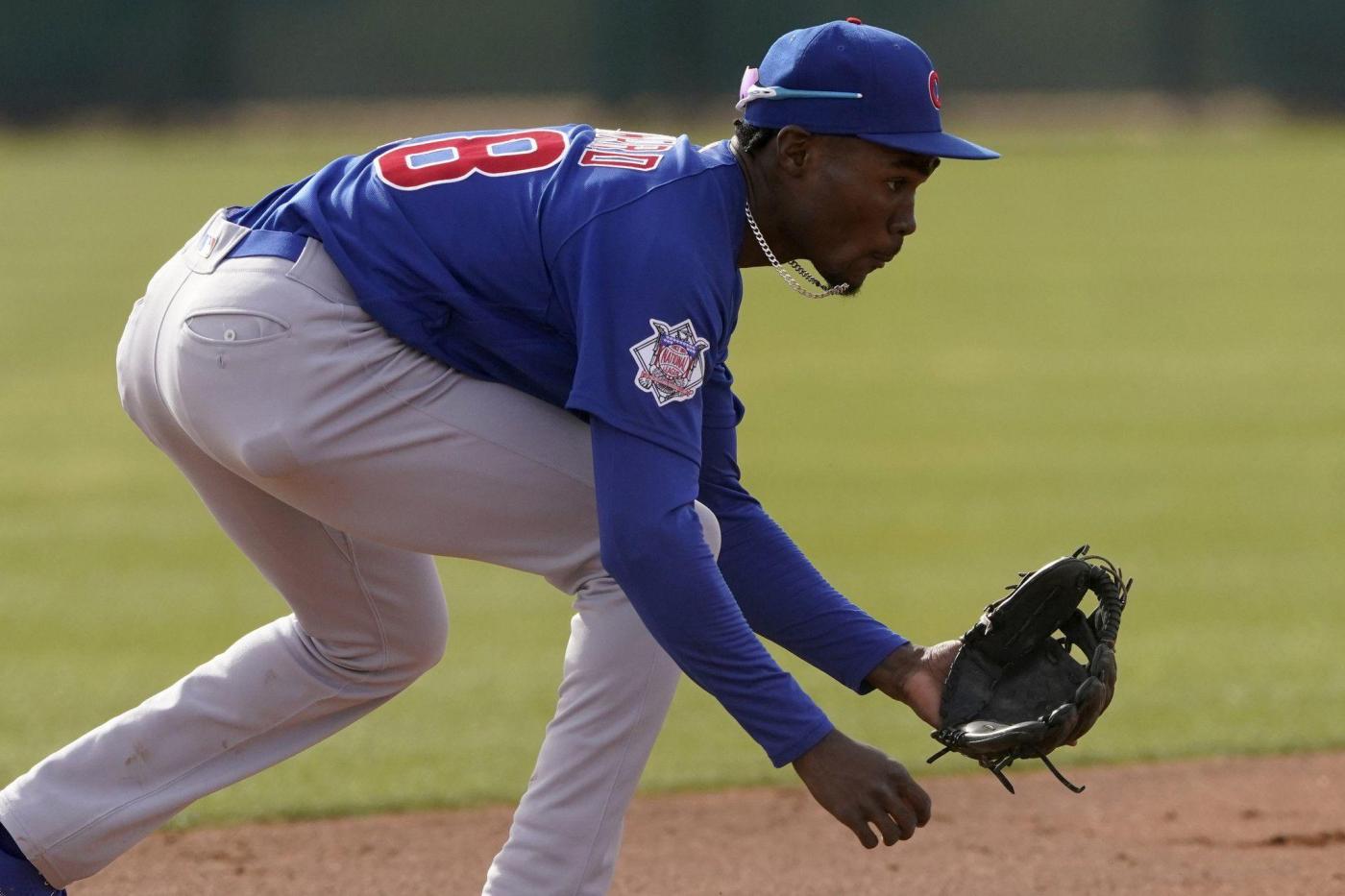 The shortstop sustained a significant hip injury night Tuesday at High-A South Bend. Howard hit the ground awkwardly after trying to avoid being tagged on an errant throw to first base.

It’s a blow for Howard, 20, who has been limited to only 103 professional games since the Cubs drafted him with the No. 16 pick in the 2020 draft. Baseball America rates Howard their No. 18 prospect while MLB.com put him No. 14 in their preseason rankings.

President of baseball operations Jed Hoyer commended Howard’s good attitude about the situation despite being bummed by the injury. He expects Howard to come back strong.

“It’s never good timing for injury like that,” Hoyer said Saturday. “But it’s a shame. He worked so incredibly hard this winter. I think he got stronger than anyone at our camp this winter. You look at the exit velocities, he brought his strikeout rate down. He’s been playing his typical good defense.

“It’s a shame that his season is going to be cut short.”

Howard responded well to a disappointing season. He spent the winter at the Cubs’ complex in Arizona to get hands-on instruction with minor-league staff, participating in a camp featuring more than two dozen of the organization’s top prospects.

The Cubs were encouraged by Howard’s 2022 start after challenging him at South Bend. He was generating more contact (20.4 K%) and getting on base at a better clip (.323 on-base percentage and 9.7 BB%) through 23 games. Now he faces a lengthy recovery.

In the early 1980s, Stevie Nicks began a relationship with producer Jimmy Iovine. The two were working together on Nicks’ debut solo album Bella Donna when they began dating. Though their relationship was on and off again, they continued working together on Nicks’ solo career. She believed that he helped her career truly take off. Despite this, […]

ANTIOCH — Investigators have found a cell-phone case that they confirmed belongs to Alexis Gabe, revealing a new detail in the Oakley woman’s disappearance. The phone case, which has artwork depicting hip-hop legend Tupac Shakur, was discovered by itself somewhere in Antioch, Oakley officials said in a Facebook post. It appears to have been found […]

By OLEKSANDR STASHEVSKYI KYIV, Ukraine (AP) — Finland’s leaders Thursday came out in favor of applying to join NATO, and Sweden could do the same within days, in a historic realignment on the continent 2 1/2 months after Russian President Vladimir Putin’s invasion of Ukraine sent a shiver of fear through Moscow’s neighbors. The Kremlin […]