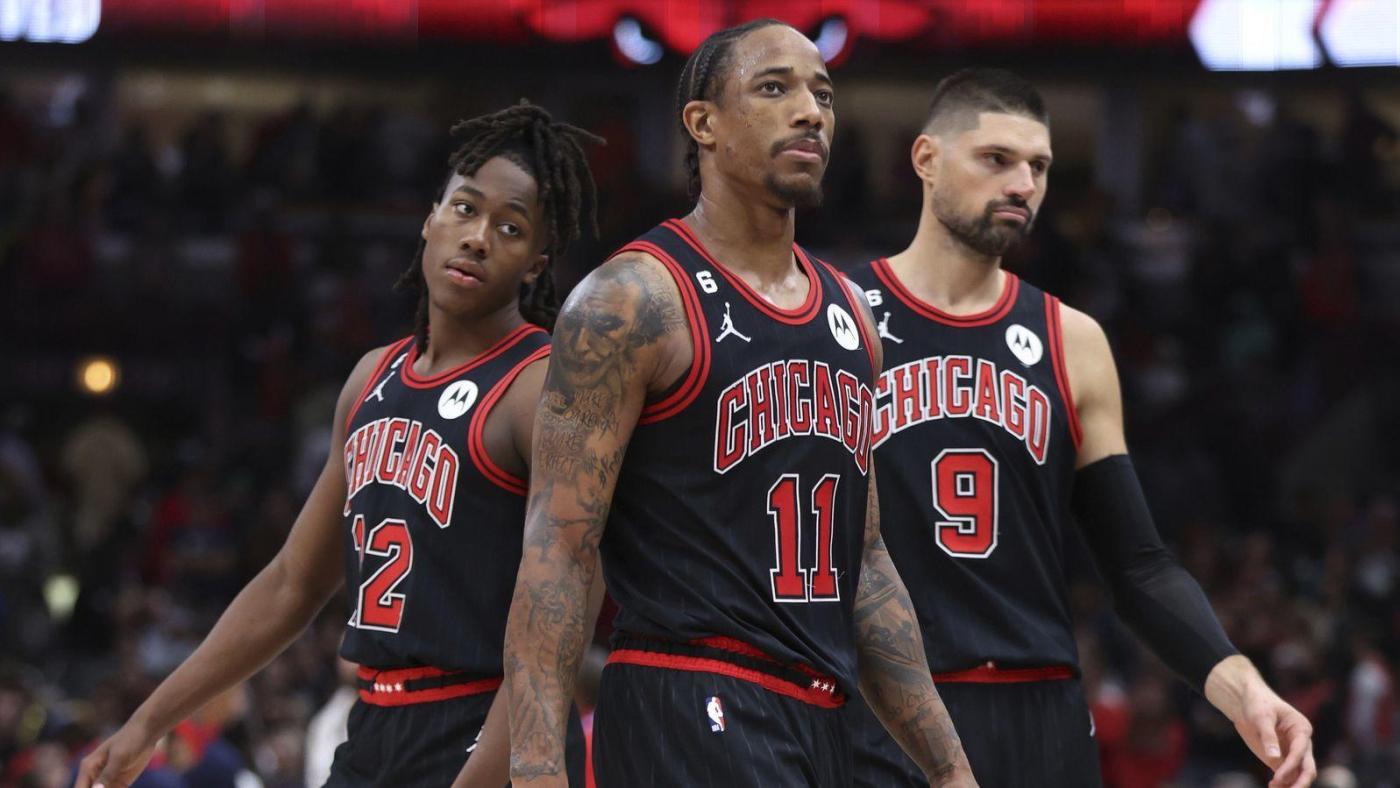 The Chicago Bulls needed a win.

There were too many reasons they couldn’t afford a loss to the Boston Celtics on Monday night — including a four-game skid punctuated by a gut-punch, last-minute loss to the Orlando Magic on Friday and the impending challenge of a six-game trip against mostly winning teams.

A 121-107 win over the Celtics at the United Center delivered everything the Bulls needed. A confidence boost for third-year starter Patrick Williams, who scored a season-high 17 points as he confidently took on elite defenders one-on-one. Reassurance for guard Zach LaVine, who scored 22 points and dropped three fourth-quarter 3-pointers after being benched for the final minutes of the loss to the Magic. A reminder that DeMar DeRozan — who went 3-for-3 behind the arc and scored a team-high 28 points — can command a game against the best in the East.

Most importantly, the win reset the team’s momentum ahead of the most challenging gauntlet of the season so far.

“These guys are competitive guys. They’re prideful and they work hard and they want to win,” coach Billy Donovan said. “Tonight we were better. There’s still things we can get better at, but I thought tonight we had a next-play mentality.”

After Monday’s much-needed win, the Bulls face a turning point. That might feel melodramatic — after all, it’s only one month into the season. More than 60 games remain, which could feel like plenty of time to turn around a 7-10 record.

But the six-game trip kicks off one of the toughest stretches of the season. The Bulls are marginally better at home than on the road this season (5-5 at the United Center, 2-5 in enemy territory).

Regardless of location, the next three weeks will be a challenge with seven of nine opponents currently above .500. And one of the two outliers is the Golden State Warriors, the reigning NBA champions who still can turn any team on its head.

The four-game skid quickly sank the Bulls into the bottom third of the Eastern Conference. If they can’t begin to produce solutions over the next three weeks, they could sink even further into an early slump that might be impossible to shake.

“The games aren’t going to stop. You’re going to have to continue to play these high-level teams. We need to get it going.”

LaVine’s benching in the final minutes of Friday’s loss to the Magic highlighted the delicate balance the Bulls must strike to hold their big three — LaVine, DeRozan and Nikola Vučević — to a higher standard necessary to start winning again.

Donovan made it clear the trio isn’t doing enough, particularly in the first quarter. All three are scoring at a lower rate than last season (a combined 61.7 points per game entering Monday, …read more

ST. LOUIS (AP) — A 19-year-old woman is asking a federal court to allow her to watch her father’s death by injection, despite a Missouri law barring anyone under 21 from witnessing an execution. Kevin Johnson faces execution Tuesday, Nov. 29, for the 2005 killing of a police officer whom he considered partly responsible for […]

The Challenge fan-favorite Aneesa Ferreira has appeared in 16 seasons on the competitive series since 2003. Before competing in the popular series, she participated in the wildly successful Real World franchise, making her debut on season 11’s Chicago. The Pennsylvania native recently shared her casting story during a podcast. Aneesa Ferreira shares ‘Real World’ casting story Before Aneesa Ferreira began […]