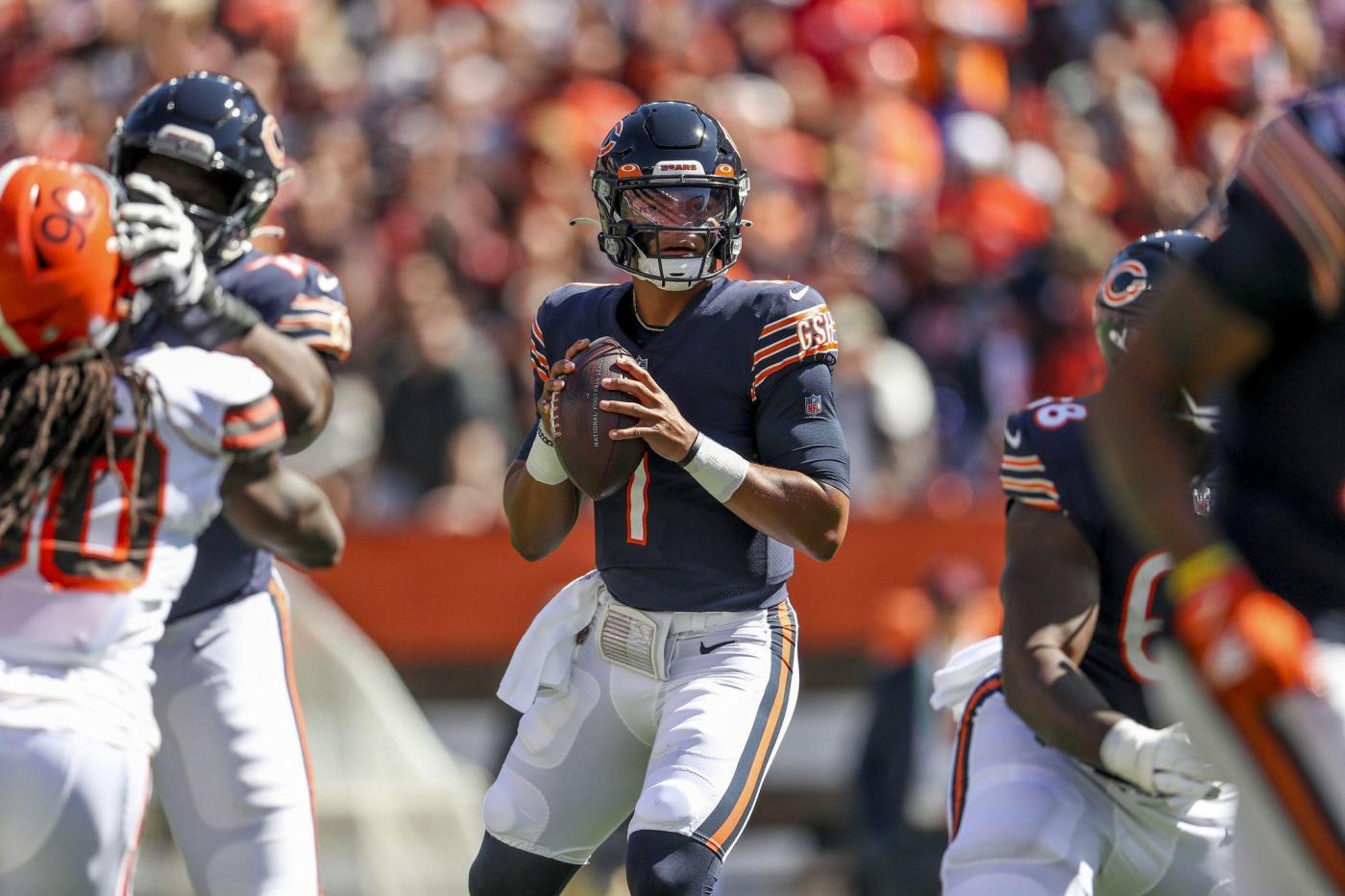 Offensive coordinator Luke Getsy and three other Chicago Bears assistants will head to Mobile, Ala., next week to coach in the Senior Bowl. Before that, Brad Biggs opens his weekly Bears mailbag to find questions about the draft, free agency and personal seat licenses in Arlington Heights.

For the first time, the Halas/McCaskey ownership has gone outside the organization for a president. As a fan, what indicators should we be watching for to see that the tide has really turned? — @xsubco

The tide doesn’t change until the team starts winning, right? It’s natural to expect new President/CEO Kevin Warren to make some personnel moves after he settles into his position, but this hiring is unlikely to affect football operations in the immediate future. I envision we will see folks from the outside added in newly created roles and some general turnover. But I don’t think Warren will come in and shake up the football side for the time being. Everyone involved has expressed confidence in general manager Ryan Poles and coach Matt Eberflus as they head into their second year.

Warren made it clear the stadium issue will require the majority of his focus. I think the Arlington Park possibility (probability?) excites a good portion of the fan base. I also believe the fan base cares more about seeing a consistent winner on the field than where that field actually is. The Bears have not had consecutive winning seasons since 2005-06. Only four teams have longer dry spells without such a modest showing of consistent winning.

Everything Poles has said indicates he’s attempting to lay the groundwork for sustained success. The Bears are in the early stages of that process. Tearing down the walls is the easy part. Now begins the difficult rebuild.

Warren is more than qualified for his role with more than two decades of success in the league with three franchises. He will bring an abundance of energy and likely fresh ideas to the building. How it all comes together and what it means for the football side of things, we’ll have to wait and find out. I know everyone wants an immediate conclusion, but these things take time. Warren’s resume and track record are impressive. The Bears got a strong candidate. They have a long way to go on the field.

Do you see a path to trading down twice in the first round and still getting an impact player? — @mike_mosley

Talk about threading the needle. Let’s start with the possibility of trading down twice. Is this quarterback class really so talented that there will be that much demand for teams to pay retail to move into the top four or five picks? We’re going to hear plenty of hype about the quarterbacks and they almost always are overdrafted. I’d say …read more

Brian Geraghty as Zane Davis in ‘1923’ | Emerson Miller/Paramount+ Darren Mann and Michelle Randolph describe being extremely sore from cowboy camp Fans of Taylor Sheridan’s work have probably heard of the screenwriter’s infamous cowboy camp. Actors from Yellowstone, 1883, and now 1923 attended the camp to learn how to ride horses, herd and rope […]