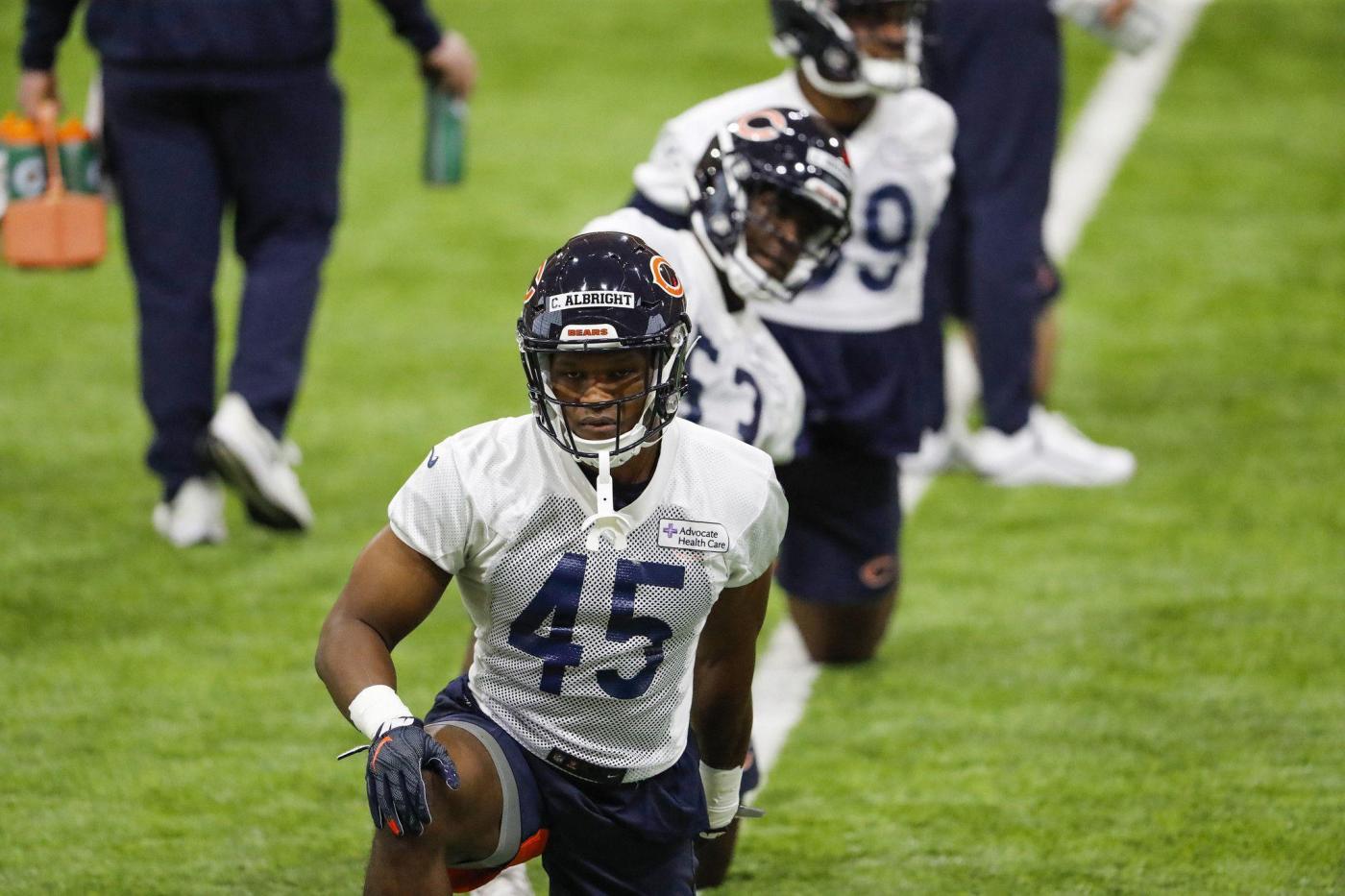 The Chicago Bears are off for summer break until late July when training camp begins in Lake Forest. Brad Biggs answers your Bears questions in this final mailbag until camp.

I find it curious national media lambaste the talent level of the Bears’ WR corps while continually urging the organization to trade draft capital to acquire another team’s disgruntled and/or underperforming wideout. Kenny Golladay is the latest example. Is there a realistic trade option at wide receiver that would actually elevate the roster, or is Ryan Poles being prudent by staying the course? — David D., Arlington Heights

Well, the Bears don’t have a lot of proven talent at the position outside of Darnell Mooney, and I don’t believe a lot of folks around the league view him as a No. 1 receiver. Could he ascend into that role? No doubt. The jump he made from his rookie season to last year was impressive, and with a new coaching staff, new playbook and some familiarity with quarterback Justin Fields, Mooney definitely could make significant gains again in 2022.

The Bears are hopeful Byron Pringle is ready to spread his wings now that he’s out of Kansas City and in a position to get more opportunities. Equanimeous St. Brown is an interesting player but he was never consistent enough to get on the field regularly in Green Bay. Rookie Velus Jones Jr. is a player the Bears are really excited about but he has yet to play a down in the NFL. The vast majority of teams have depth with more proven experience and, in many cases, more known talent.

Do I think the Bears will trade for Golladay? No, I don’t. I haven’t heard any rumors in that regard, and why would Poles want to pay big money — Golladay is due $13 million this season — for a player who has a track record of injuries, especially last season? You would think the Bears believe they can get similar production out of one of the players already on the roster. Plus, Golladay is 28.

I get repeated questions about the position, and nearly all are valid. I don’t see the Bears making a blockbuster move for a game-breaker at the position. Who thinks Poles wants to trade his 2023 first-round draft pick for a player who is going to require a massive contract? Not me. I think the Bears are curious to see how their crop of receivers pans out. Not everyone is going to excel or meet expectations, but if one or two are solid, it’s a step in the right direction. Maybe an unknown will step forward. I thought former Notre Dame wide receiver Chris Finke made some nice plays this spring. He’s undersized at 5-foot-9, 186 pounds, but maybe he can compete for a look in the slot. Finke entered the NFL undrafted in 2020 with the San Francisco 49ers. We’ll see what he and the others look like when training camp gets rolling.

I feel the Bears are getting dumped on …read more

Nicholas Chavez I Christopher Willard/ABC via Getty Images A look at the 2022 Daytime Emmy nominees for Outstanding Younger Performer The 2022 Daytime Emmy nominees for Younger Performer have a stacked field. General Hospital leads the way, with three of its actors scoring nods. Nicholas Chavez is nominated for his role as Spencer Cassadine, while […]

Chris Evans | Imeh Akpanudosen/WireImage Chris Evans movies before and after the MCU Evans’ first movie role came in 2000’s family drama The Newcomers, but it was a smaller role. He didn’t have to wait long for a starring part. After appearing in a Chris Evans’ run in the Marvel Cinematic Universe made him an […]