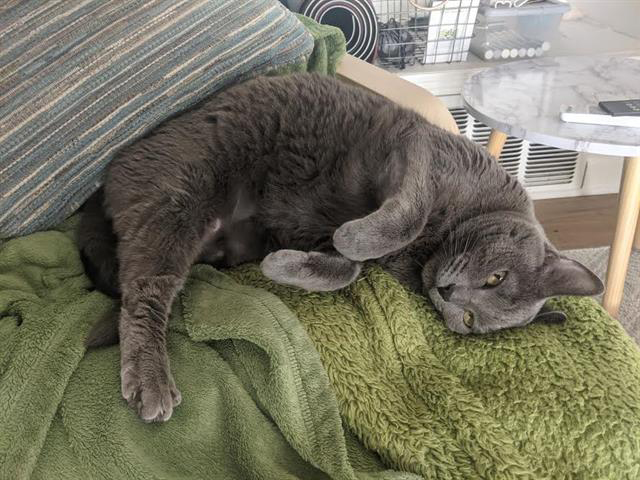 I’ve had cats as pets my entire life. As an adult, my longest term relationship was with a cat named Bailey. For nearly 21 years, he ran my house and allowed me to be his doting housekeeper, errand boy, and personal ear scratcher.

When he passed away in July of 2018, he left a hole in my heart that hasn’t been refilled since. He was 22 lbs of ornery, dismissive, aloof, and passive aggressive love who was probably the most astute judge of character I’ve ever met.

He knew almost instantly whether or not he liked you, and wasn’t shy about sharing his impressions when he didn’t care for someone in my life. He was better at reading people than I ever was, which came in handy when I was single.

When I dated someone he liked, he would be affectionate, loving and attentive. When he didn’t like someone though, he’d pee in their shoes, knock their drink over, or take a massive dump in their gym bag. He was not gifted in the art of subtlety.

I learned pretty quickly who I could trust with him around.

There isn’t a day that goes by that I don’t think about him. That might be the reason I’ve been so resistant to get another cat since his passing.

I’ve used the excuse that I don’t want to get another cat yet because my two very elderly dogs Maddie and Ollie require so much of my time and attention. I want them to enjoy their golden years, and worry about bringing another pet into their very structured routine, especially since Ollie is deaf and blind.

If I’m being totally honest though, that isn’t the only reason I haven’t adopted another cat. Bailey was perfect for me in so many ways, I have a hard time imagining that any other cat could come close to giving me what I had with him. I know that’s silly. I guess I just haven’t felt ready. Grief is a funny thing.

But that doesn’t stop me from obsessively watching cute cat videos online, or spending more time than I probably should socializing with cats in our Neely Cat Center. At some point, a cat will come into my life that fits. They won’t fit like Bailey, but that doesn’t mean they won’t fit just as perfectly. I don’t know when it will happen, but it will.

I often say I was lucky to have my cat live for as long as he did, but luck didn’t actually have much to do with it. He lived a long, healthy life because I took his health and wellness very seriously.

And guess what? It’s National Cat Health Month! So if you’re the lucky companion to a fabulous feline, make time to schedule your cat’s annual veterinary checkup, and consider these ways you can help your cat live a longer, healthier, happier life.

Just like humans, cats need an annual health check up

Since cats may never show signs of illness, a yearly checkup is one of the best ways to …read more

The NHL suspended San Jose Sharks forward Joachim Blichfeld for two games Thursday for his illegal hit to the head of Colorado Avalanche center Nathan MacKinnon. Blichfeld, 22, will not be eligible to play again until Monday when the Sharks host the St. Louis Blues to close out a seven-game homestand. The Sharks play the […]

These maps help show how the COVID-19 vaccine rollout is going in every U.S. state

The Path to Immunity Historical trends show there are different challenges to getting shots in arms, depending on where people live. On Feb. 24,  Surgo Ventures unveiled a data tool: The U.S. COVID-19 Vaccine Coverage Index to track major barriers in getting people vaccinated. The index was created to assist federal, state and county decisionmakers […]

Arbor Day is observed by most Americans as a day to plant a tree in late April. But in California we celebrate early. California’s Arbor Day is recognized on March 7, which is horticulturalist Luther Burbank’s birthday. Burbank developed more than 800 varieties of fruits, flowers and vegetables over his career in California. After he […]