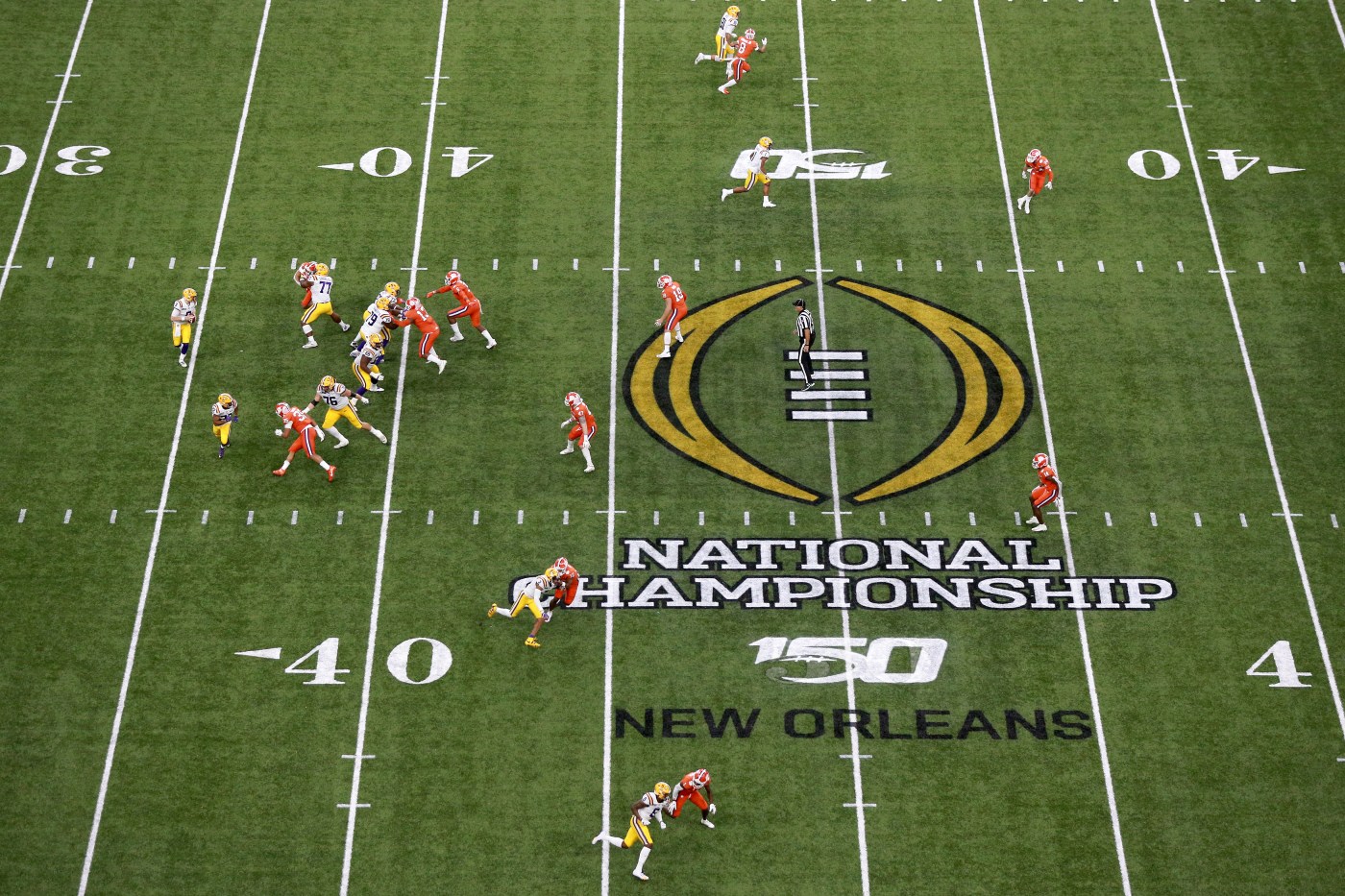 A not-so-random sampling of Pac-12 athletic directors reveals resistance to swift approval of the proposal to expand the College Football Playoff.

At least, there is initial resistance.

Ultimately, the Pac-12 might support the move to a 12-team format as early as the 2023 season.

But more information is needed and time is short:

On Sept. 28, the 11 university presidents who oversee the CFP will meet with conference commissioners to determine the next move.

“Until there are solutions to the riddles, I’m not comfortable moving forward,” Utah athletic director Mark Harlan said. “For the conference and for Utan, (expansion) seems better, but there are critical questions.”

Kliavkoff plans to complete his listening tour before the CFP meeting on Sept. 28.

There are seemingly three tracks:

3. Hit the brakes and allow other options — specifically an eight-team model — to be fully vetted by every conference in the Football Bowl Subdivision.

Expansion requires a unanimous of the 11 presidents (one from each of the 10 FBS leagues and Notre Dame).

“It’s something that’s on the table, but I think we need to be thoughtful about it and make sure we get the timing right,’’ Oregon athletic director Rob Mullens said. “That’s an important piece.”

The Hotline sought context on the issue from Mullens, Harlan and Colorado’s Rick George for specific reasons.

Mullens recently served as the chair of the CFP selection committee.

George is currently on the selection committee. He agreed to offer a personal opinion on expansion but was not speaking as a representative of the CFP itself.

Harlan represents the Pac-12 on the all-important NCAA Football Oversight Committee (FOC), which shapes policy for the sport. Like George, Harlan emphasized that he was offering a personal view and not, in his case, speaking for the FOC. (The committee has no oversight of the playoff.)

“I’m a strong supporter of expansion,” Harlan said. “It’s a way to improve a great game and give more teams access to the championship.

“My concern, although the work (on the 12-team format) was done by people I have great respect for — and they provided a great road map — but I think there are more questions to be answered.

“What’s the impact on the bowl system? Within the bowl issue is the Rose Bowl. And how would the extra games affect the student-athletes? I think we need a deeper dive.”

The 12-team, four-round format was put forward in June by a four-man working group that spent two years evaluating model and crafting a proposal.

— The top-four teams would have byes into the quarterfinals.

— The opening round (No. 5 vs. No. 12, No. 6 vs. No. 11, etc.) would be played on the campus of the higher seed, with the quarterfinals, semifinals and championship at neutral sites.

An appearance in the title …read more

One of several bystanders, who tried to rescue a Walnut Creek man from drowning after he fell into the turbulent waters of a scenic Oregon cove known as the “Devil’s Churn,” said the man wasn’t attempting “a stunt” when he jumped over a narrow opening at the cove’s eastern end. Instead, Steve Allen, 67, appeared […]

Week Three in the Pac-12 brings a fascinating conference duel in Pullman, where a coach-less team meets a vax-less coach, two matchups against Power Five opponents and the first look at UCLA since its triumph over LSU a fortnight ago. But the most interesting game of all features the team we know the least about. […]

‘The Challenge’ Season 37 Spoilers: A Disqualification Plus Another 1-on-1 Elimination Are Coming in Episode 6