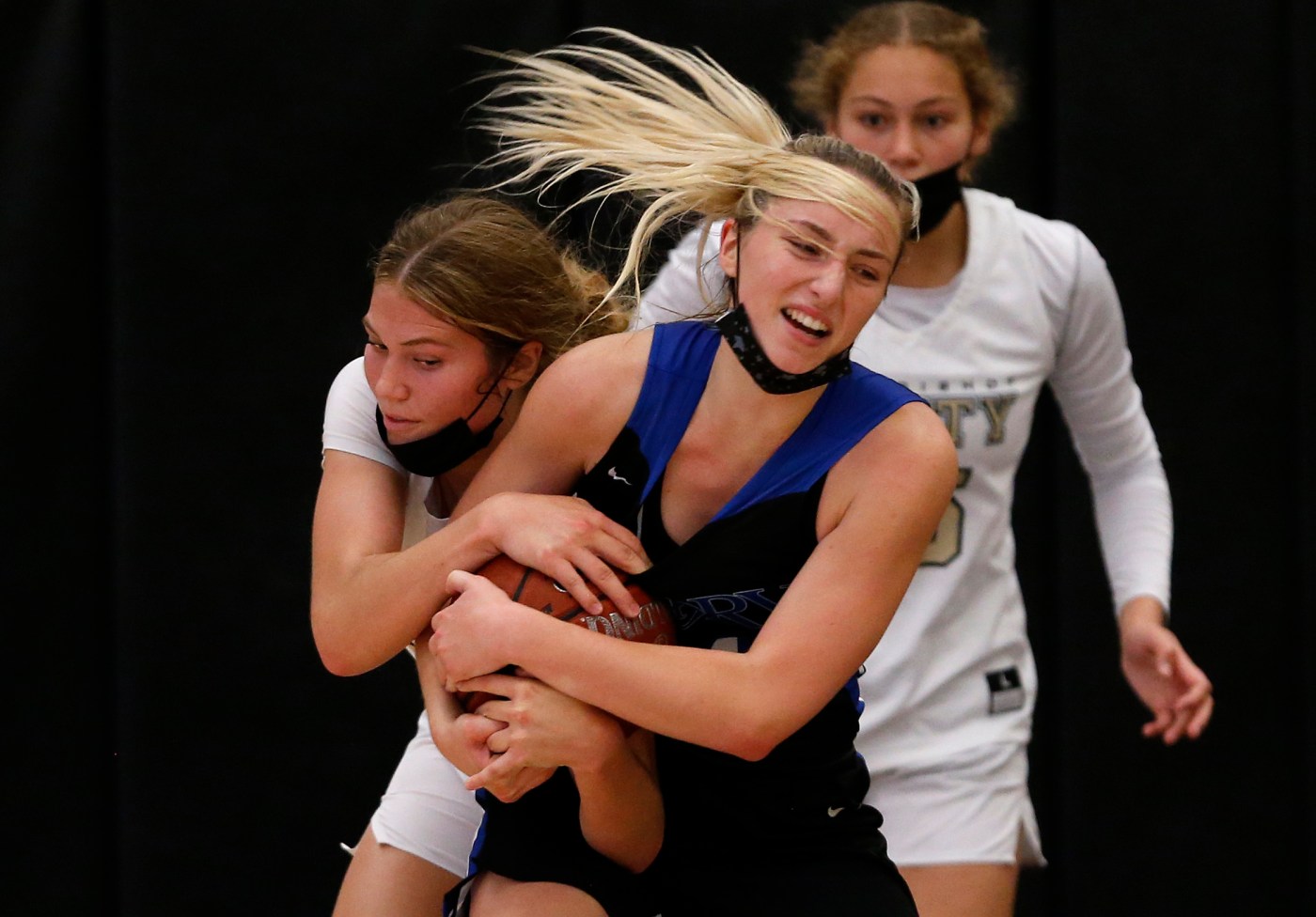 SAN JOSE — At this time of year, Sue Phillips is usually in full summer mode. The longtime Archbishop Mitty High coach would be getting ready for basketball camps and well into the AAU season.

But as with everything else amid the pandemic, this year is different.

Behind a steady stream of pressure defense, Mitty, playing at home in San Jose, rolled to a 68-26 victory over Priory. The final four minutes were played with a running clock.

Mitty will play host to Pinewood or St. Ignatius in the final Friday.

The Monarchs have won each of the last five Open Division titles and will be seeking their 30th section title overall.

Their opponent Wednesday had never been invited to the CCS’s top division until this tournament. Priory had only seven players on its roster and one didn’t play against Mitty because of injury.

Mitty limited Priory to six points in each of the first three quarters while building a 32-point cushion.

Phillips was proud of the defense.

“Holding a team like that, with incredible offensive firepower, to single digits each quarter was a testament to our team defense and schemes,” she said.”We continued to be relentless regardless of who was in the game.”

Olivia Williams led the Monarchs in scoring with 13 points. Amelia Scharpf added 10 points, and Hunter Hernandez finished with eight points before departing with an ankle injury.

All three will report to UC Irvine later this month.

They and the other seniors on Mitty’s roster graduated nearly two weeks ago but, as Phillips said, “They’re completely locked in. Totally committed to finishing the race. Much appreciation and respect.”

Phillips said “we’ll see” when asked about Hernandez’s status for the final.

“Hunter’s one of the toughest kids we’ve ever coached,” she said. “I am certainly not counting her out.”

“We had nothing to lose,” she said. “Absolutely nothing. We told ourselves we have to go in and give it our all. We were the underdogs. We weren’t looking at it if we were going to win or lose. We were just going to give it everything we had. We didn’t give up. Even with their crazy press, we still kept going.”

Priory coach Buck Matthews viewed it as a stepping stone for his program. Priory, with fewer than 300 students, had won the past four CCS …read more

Last week, more than a third of state prison doctors signed a petition objecting to a Corrections Department policy regarding Suboxone, a medication commonly used to treat opioid use disorder. The 138 doctors said that although they favor allowing medication for opioid use disorder for incarcerated people, they have concerns about corrections officials’ lack of oversight over […]

For many gamers, E3 2021 hasn’t churned out as many big announcements as expected. Many would say it was a disappointment so far, but Nintendo changed that with a bevy of game reveals and updates that was enough to satisfy fans. No, Nintendo didn’t reveal an updated Switch as many predicted; instead, they surprised fans […]

SAN JOSE — A newly revamped building in San Jose near Westfield Valley Fair and Santana Row has been bought at a price that reflects what one expert says is the “very high premium” nature of this area. Local real estate investors Brandenburg Properties and SDS NexGen Partners, acting through affiliates, have teamed up to […]