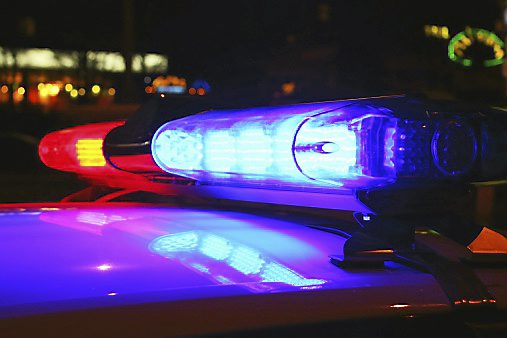 7:39 p.m. in the 700 block of West Hamilton Avenue: The suspect threw vegetables at the victim and fled. The victim desired prosecution, but suspect was not located.

11:31 p.m. in the 1000 block of Hazel Avenue: The victim saw two suspects inside her car trying to steal the stereo. When confronted, the suspects fled to an awaiting white or silver SUV driven by a third suspect.

1:24 a.m. at Hedegard and Amato avenues: Two suspects unlocked the victim’s vehicle door with a tool and opened it while he was sleeping inside. When the suspects discovered someone was inside, they fled on foot.

12:44 a.m.  Hamilton Avenue and Phoenix Drive: A man, 32, was stopped on his bicycle for a vehicle code violation. A records check revealed two outstanding drug warrants. The man was found to be under the influence of meth and arrested. He was also in possession of meth and a meth pipe.

2 a.m. in the 1300 block of Camden Avenue: A man, 31, was found to be under the influence of meth. During a search, he was found to be in possession of a concealed fixed blade knife.

Overnight in the 900 block of Campisi Way: A 2013 Dodge Durango was stolen from a parking lot. The victim believes the keys were inside the SUV.

Overnight in the 100 block of Superior Drive: A silver 2006 VW Jetta was stolen from the complex parking lot.

700 block of Camden Avenue: A 1999 Big Tex two-axle trailer was stolen from the parking lot of a business. The trailer is black and has silver-colored wheels.

1600 block of Dell Avenue: Someone gained entry to and rummaged through two businesses.

12:34 p.m. in the 2000 block of South Winchester Boulevard: A green 1997 Dodge Ram pick-up was stolen after the victim left it running at the rear of a business. The tailgate is always down and the front grill is missing.

1:25 p.m. in the 500 block of East Hamilton Avenue: Two people got into an altercation. The victim had a sheathed knife on his belt, which the suspect forcefully took. The victim sustained a small cut in the process. The suspect moved the knife in a slashing motion as he chased the victim.

Overnight in the 1000 block of Steinway Avenue: Someone broke into a mailbox and stole mail.

Overnight in the 1400 block of Arroyo Seco Drive: A tan 2004 Chevrolet Silverado was stolen. It was later found abandoned on Friar Way.

8:35 p.m. in the 1800 block of South Bascom Avenue: The victim left his black 2015 Mercedes Benz C300 running while he met with a friend. He reportedly saw someone get into the car and take off in it.

A father who critically injured his son in a shooting last month has been charged with attempted murder, authorities said. Jerome Anderson, 66, of Antioch, also faces an enhancement that he personally and intentionally shot the gun, according to charging documents from the Contra Costa County District Attorney’s Office. Anderson is accused of shooting his […]

When I watched today’s deal in my club’s penny game, Cy the Cynic was declarer at 6NT. He won the first diamond with the ace, led a club to dummy’s king and let the ten ride. West took the queen and led a spade, and Cy had worries. He had 11 tricks: a spade, three […]

Video: James Wiseman talks about what led to his bounce-back game

Warriors rookie center James Wiseman came up big for his team and was an vital force as the team cruised past the San Antonio Spurs 121-99. In his postgame interview, Wiseman credited his improvement to watching film and asking for help from veteran teammates Draymond Green and Stephen Curry. Here are the topics he discussed […]