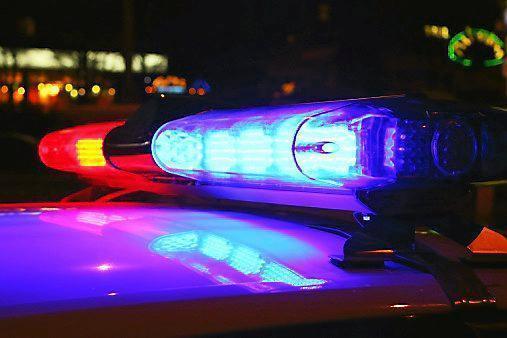 7:18 a.m. at Camden Avenue and Highway 17: A man, 27, was in possession of an Infiniti key, and officers located a 2000 Infiniti Q30 that had been reported stolen. The vehicle’s registration was found in a room associated with the suspect.

10:19 p.m. at Harris and Leigh avenues: Officers located a 2001 Honda CRV reported stolen out of Fremont.

12:30 a.m. in the 600 block of Alpha Court: A man, 22, was causing a disturbance. He was confrontational with police and failed to follow commands. The suspect was taken to the ground by officers and resisted. He had a misdemeanor warrant for trespassing.

12:59 a.m. in the 900 block of Ravenscourt Avenue: A man, 33, returned to the residence after police attempted to serve his arrest warrant. He was found to be under the influence of a controlled substance.

Overnight in the 200 block of Union Avenue: Someone stole a 2020 Nissan Versa rental vehicle.

11:34 a.m. in the 600 block of Beta Court: A man, 22, was contacted in the street causing a disturbance. He was found to be too intoxicated to care for himself and arrested.

Overnight in the 600 block of Sweetbriar Drive: Someone unlocked garage and stole a bike.

4:16 p.m. at Winchester Boulevard and Campbell Avenue: A woman, 45, was found to be under the influence of a controlled substance.

10:09 p.m. at Marathon Drive and Hamilton Avenue: A man, 48, was stopped for a vehicle code violation. He is on parole and was found to be in possession of heroin, meth, and a pipe.

11:15 p.m. in the 600 block of Creekside Way: A woman, 18, was stopped for a vehicle code violation. She was found to be under the influence of a controlled substance and possessed meth.

3:40 a.m. in the 1200 block of Camden Avenue: A man, 22, had methamphetamine on his lap in plain view. He was found to be under the influence of a controlled substance and in possession of meth and Xanax without a prescription.

4:40 a.m. in the 500 block of E Hamilton Avenue: A woman, 21, and a man, 37, had a hypodermic needle in plain view inside their vehicle. Both suspects displayed objective symptoms of drug use. The woman was found in possession of meth.

7:45 p.m. in the 1000 block of West Hamilton Avenue: A man, 39, became upset and choked and punched someone. A child and was lying next to the pair when the assault occurred. The man took the victim’s cell phone from her, preventing her from calling 911. When contacted by police, the suspect lunged at them with an intent to strike. He was taken into custody.

He has been pushed off Facebook and banned from Twitter, but Larry Cook battles on at StopMandatoryVaccination.com, where the Los Angeles man tries to explain why COVID-19 vaccines are evil and why President Donald Trump — who he insists will return to power — got one anyway. Some evangelical Christians tie the vaccines to Satan, […]

Mailbag: Do the Warriors need to add another center?

Answering some questions following the Warriors’ 125-109 win over the Houston Rockets night at Chase Center. As always, thanks to everyone who submitted questions. You can contribute to future mailbags by sending questions to me on Twitter (@wcgoldberg) or by email (wgoldberg@bayareanewsgroup.com). Any update on Wiseman’s injury? — Tim Sheehan. After suffering a right knee […]