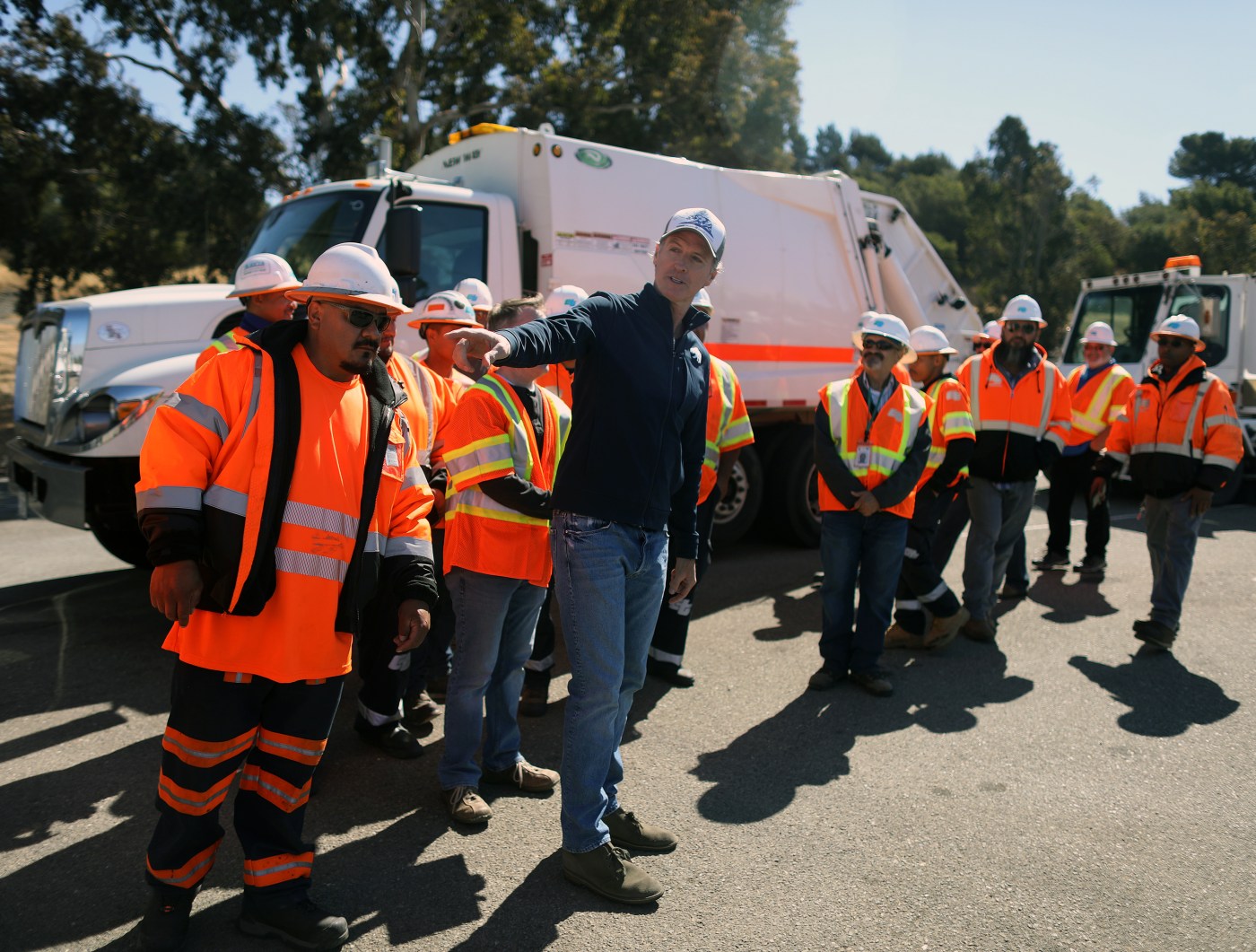 One more day when we break Roadshow’s normal Q&A format, and again, for a good cause. Today we salute more state workers who performed heroically as they saved others, often at great personal risk.

It is the highest honor California bestows on its public servants. Since Governor Edmund G. Brown Sr. presented the first awards in 1959, more than 700 state employees have earned the honor for their courage and selflessness in the face of danger.

Here are the stories of the four Caltrans workers who were recently honored:

Caltrans highway maintenance leadworker Matthew Pina received the Medal of Valor for saving a man’s life by dissuading him from jumping off the San Francisco-Oakland Bay Bridge in January 2021.

Pina had heard a report of an abandoned car on the Bay Bridge and went to investigate. He could not find anyone near the car, so he began driving back and forth until he spotted a young man who had climbed over the railing and seemed ready to jump. Pina got out to talk to the man, if he could. The man told Pina that no one loved him and he did not want to live anymore. Pina stayed with the man, calmly talking to him until the man climbed back over the railing and CHP help arrived.

Two lucky drivers get a free tank of gas from our contest: Roadshow

FasTrak lanes on 680 will soon be open to solo drivers — for a toll: Roadshow

Here’s the winning price in our gas contest: Roadshow

Caltrans equipment operator Travis Sutton earned the Medal of Valor for his heroic actions to save the life of a woman after her vehicle went over a snow-covered embankment in Butte County in March 2021. He performed a dangerous rescue down steep terrain in extremely cold weather.

Caltrans highway maintenance worker Ryan Aguirre earned the Medal of Valor for saving his coworker when an errant vehicle was speeding out of control toward them in November 2020. Aguirre risked his own safety by pulling his coworker out from under their maintenance truck just before the crash occurred and, following the collision, offered aid to those injured.

BALAKLIYA, Ukraine — The children left this town in August for a free summer camp sponsored by the Russian occupiers, enticed by assurances of gifts and of safety from constant shelling. “The Russians promised it would be two or three weeks, and then the children would be back,” Nadia Borysenko, 29, told me. Her 12-year-old […]

TL;DR:  Prince Harry’s ex-girlfriend, Chelsy Davy, exhibited body language suggesting “a desire to hide from the attention,” according to an expert.Meghan Markle’s body language didn’t indicate the same “reluctance of being in the spotlight and the public eye.” Experts say Meghan Markle’s background as an actor has helped her “keep her composure.”  Prince Harry and Meghan […]

‘Bridgerton’: Season 3 Will Focus on Penelope and Eloise’s Broken Friendship

Nicola Coughlan as Penelope Featherington, and Claudia Jessie as Eloise Bridgerton In Bridgerton | Liam Daniel/Netflix Eloise and Penelope’s friendship ended in ‘Bridgerton’ Season 2 At the end of Bridgerton Season 2, Eloise discovers that her best friend Penelope had been hiding a life-changing secret from her. After being under suspicion herself, Eloise discovered that […]