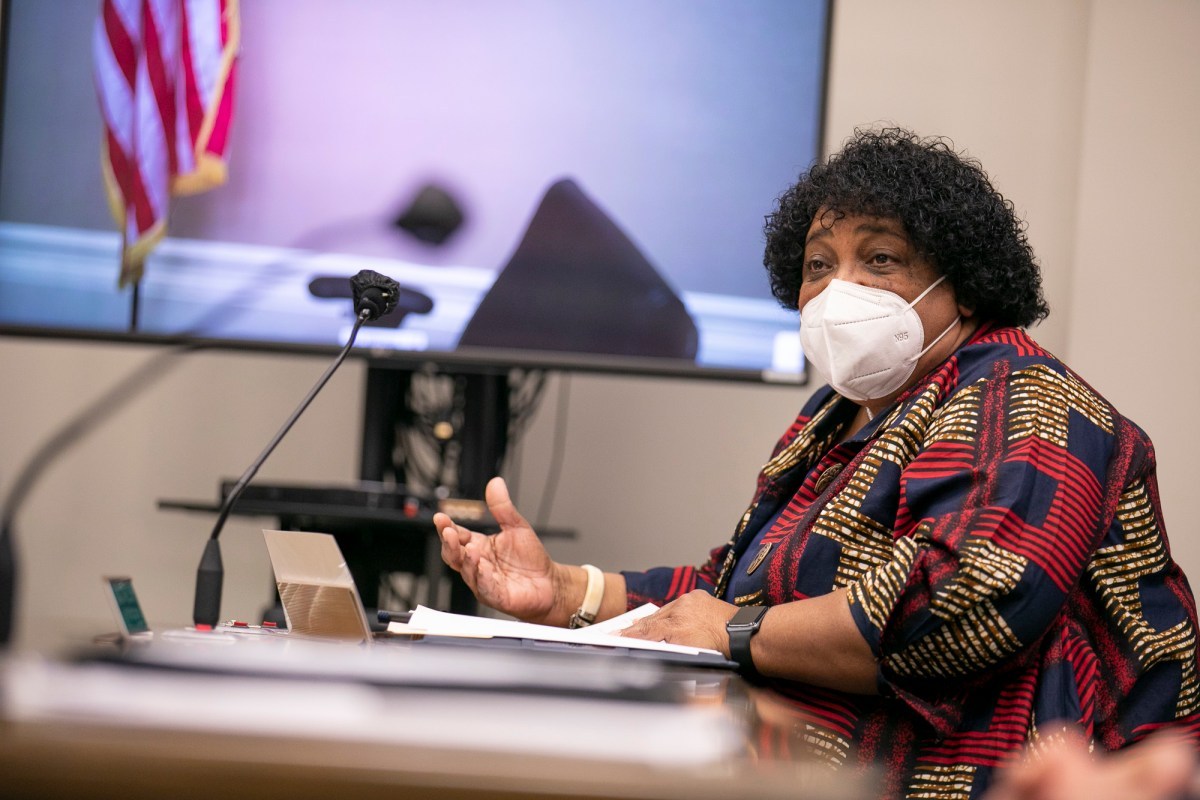 For more than three decades, Black members of Congress have introduced legislation to study the lasting harms of slavery on African Americans, and propose remedies. Year after year, the federal proposal languished.

Now, California is going it alone.

This month, California’s first-in-the-nation task force to study reparations met for the first time, kicking off a two-year process to study the consequences of slavery and systemic racism against African Americans in California.

The reparations committee of nine prominent lawyers, academics, politicians, religious and civil rights leaders — many of whom are descendants of slaves — will make formal recommendations on how the state should make reparations.

“You are here today not just to seek an answer to say was there harm, but your task is to determine the depth of the harm and the ways in which we are to repair that harm,” Secretary of State Shirley Weber, a former state Assembly member who introduced the legislation last year, told the reparations committee at the start of the six-hour meeting.

The task force’s kickoff came just more than a year after the killing of George Floyd sparked a summer of national uprisings against police brutality and racism, paving the way for a slate of new California laws aimed at addressing racial injustice. It also coincided with the 100th anniversary of the Tulsa Race Massacre, in which a white mob killed hundreds of Black residents and burnt a flourishing African American neighborhood known as “Black Wall Street” to the ground.

Against that somber backdrop, task force members alluded to controversial questions, long circulating in Black communities, that will for the first time get hashed out by state appointees in a public forum. How can a single state, which never formally sanctioned slavery, make amends for centuries of slavery practiced by Southern states and the federal government? How can California accurately quantify and repair centuries of racism on its own soil? Will the state seriously consider direct payments?

“Some asked us, ‘Why in California? Why not somewhere else? Why did we not do it in the South?,’” said Weber. “If not us, then who?”

Here’s a look into the key themes the task force will grapple with:

What will the task force do?

The reparations committee, appointed by the governor and legislative leaders, will meet at least 10 times, though members discussed adding more meetings. Kamilah Moore, an intellectual property attorney and activist from Los Angeles, was voted in as chairperson. They’ll release a report of their findings after the first year and a second report on recommendations for reparations the following year. The Legislature would need to pass more laws to implement them.

During an hour-long virtual public comment session, callers from across California urged the task force to make its meetings more accessible. One person asked for meetings to be streamed on YouTube, TikTok and other platforms. Another asked for them to happen on weekends — the first was on a Tuesday — and called for 12 additional public comment sessions. Multiple callers urged a …read more

‘We are at great peril’: Overturn of weapons ban stokes fear among gun violence experts

Gun violence prevention advocates and legal experts voiced outrage Saturday after a federal judge overturned California’s ban on assault weapons, stoking fears that the Supreme Court’s conservative majority could eventually strike down the longstanding law or others like it. Late Friday, U.S. District Judge Roger Benitez of San Diego ruled that the state’s definition of […]

It can’t be easy being Elizabeth Chambers, trying to raise two young children with Armie Hammer, her movie star ex-husband who faces a police investigation and career devastation after multiple women accused him of rape and other kinds of physical and emotional abuse. Chambers, a TV personality, chef and entrepeneur, decided to offer Hammer support […]

The carry to right field at Coors Field might as well have been a jet stream, and the Oakland A’s rode it to a win in their first game of a rare trip to the live National League ballpark. The A’s collected 12 hits in a 9-5 win over the Colorado Rockies on Friday night. […]