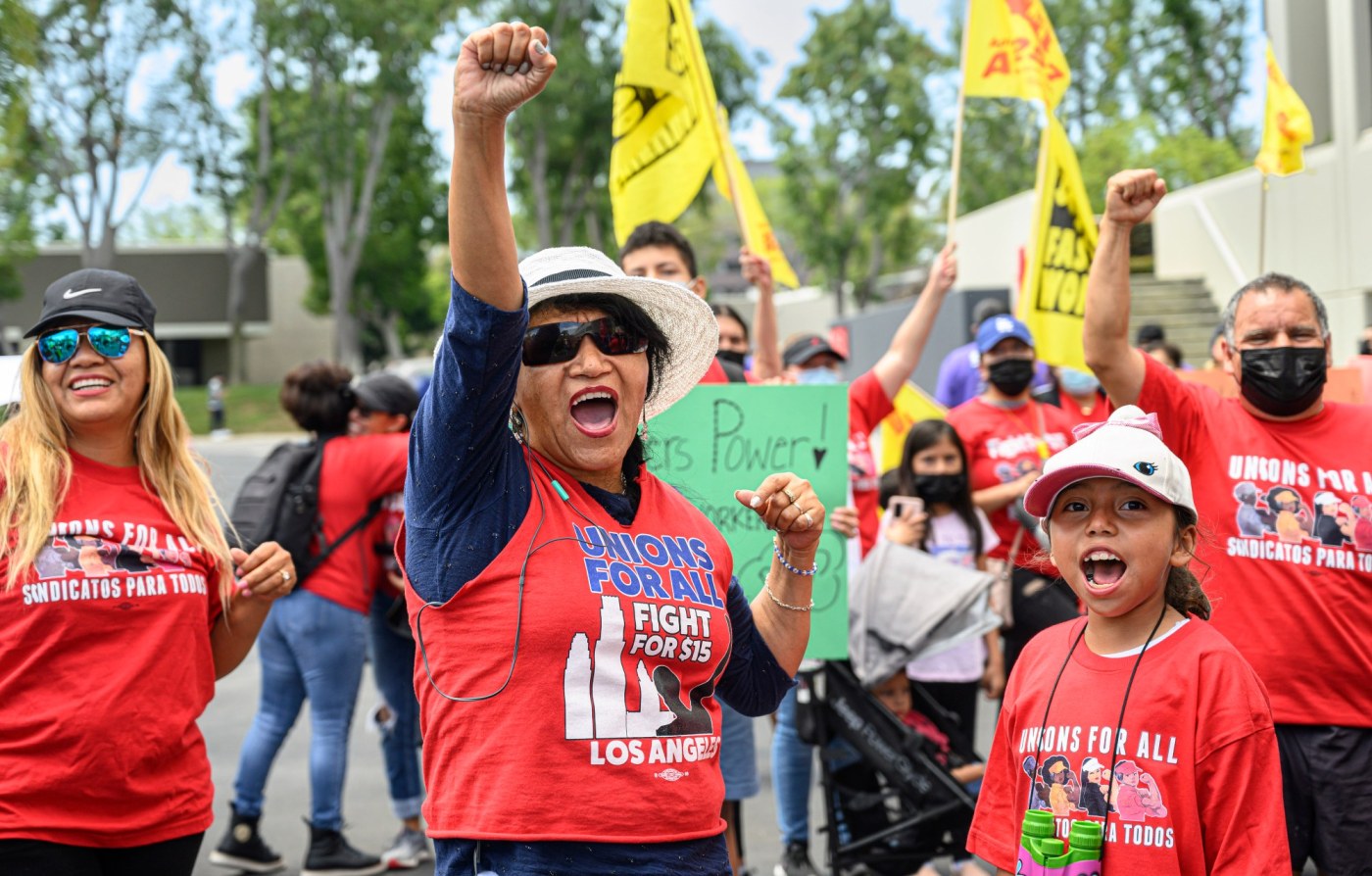 A bill that would boost wages and promises to improve working conditions for California’s fast-food workers has been put on hold until the November 2024 election when voters will decide its outcome.

Assembly Bill 257, also known as the FAST Recovery Act, was signed into law Sept. 5 by Gov. Gavin Newsom. But Save Local Restaurants — a coalition of fast-food franchisees and franchisors who oppose the measure — gathered enough signatures to place a referendum on the 2024 ballot.

The coalition, which needed 623,000 voter signatures by Dec. 4 to put the bill on hold, submitted more than 1 million. At least 712,000 were deemed valid Tuesday, Jan. 24 by the Secretary of State’s office.

AB 257 would create a 10-person, state-run council to negotiate wages, hours and working conditions for the more than half a million fast-food workers in California. It would establish a minimum wage of up to $22 an hour in 2023, with capped annual increases thereafter at restaurants with more than 100 locations nationwide.

The bill is designed to help workers who often struggle to make ends meet. It would also address wage theft, harassment, discrimination and unsafe work conditions fast-food workers say they face on the job

An Oct. 15 report from the UC Berkeley Labor Center shows that people working fast-food jobs are more likely to live in or near poverty. One in five families with a member holding a fast-food job has an income below the poverty line, the study said.Related Articles

How working from home affects household gender roles, based on a new study

California workers get new protections in 2023. Here’s what you need to know

But another report from the UC Riverside School of Business suggests AB 257 could boost fast-food prices by as much as 30% and shift consumption to other parts of the food-delivery network, including full-service restaurants and grocery stores.

“The FAST Act was a solution in search of a problem that didn’t exist,” International Franchise Association President Matt Haller said Wednesday in a statement. “Fortunately, now more than one million Californians have spoken out to prevent this misguided policy from driving food prices higher and destroying local businesses and the jobs …read more

Psychic Matt Fraser: ‘Don’t Come to a Medium if You Have Secrets!’ Ex-Lover Revealed

Matt Fraser, Kelly Clarkson | Adam Christopher/NBCUniversal/NBCU Photo Bank Meanwhile, the woman and the entire audience have dissolved into laughter. The woman explained that “Tom” was someone she had dated when she and her husband had temporarily split. “But then we got back together five years ago,” she said about her husband who had died. […]

One of Unlucky Louie’s daughters is studying to be a cosmetologist. “She told me she overslept and missed the final in one course,” Louie told me. “So she failed the course?” “No,” Louie said solemnly. “They let her take a make-up exam.” As declarer, you get just one chance. Against today’s five diamonds, West led […]