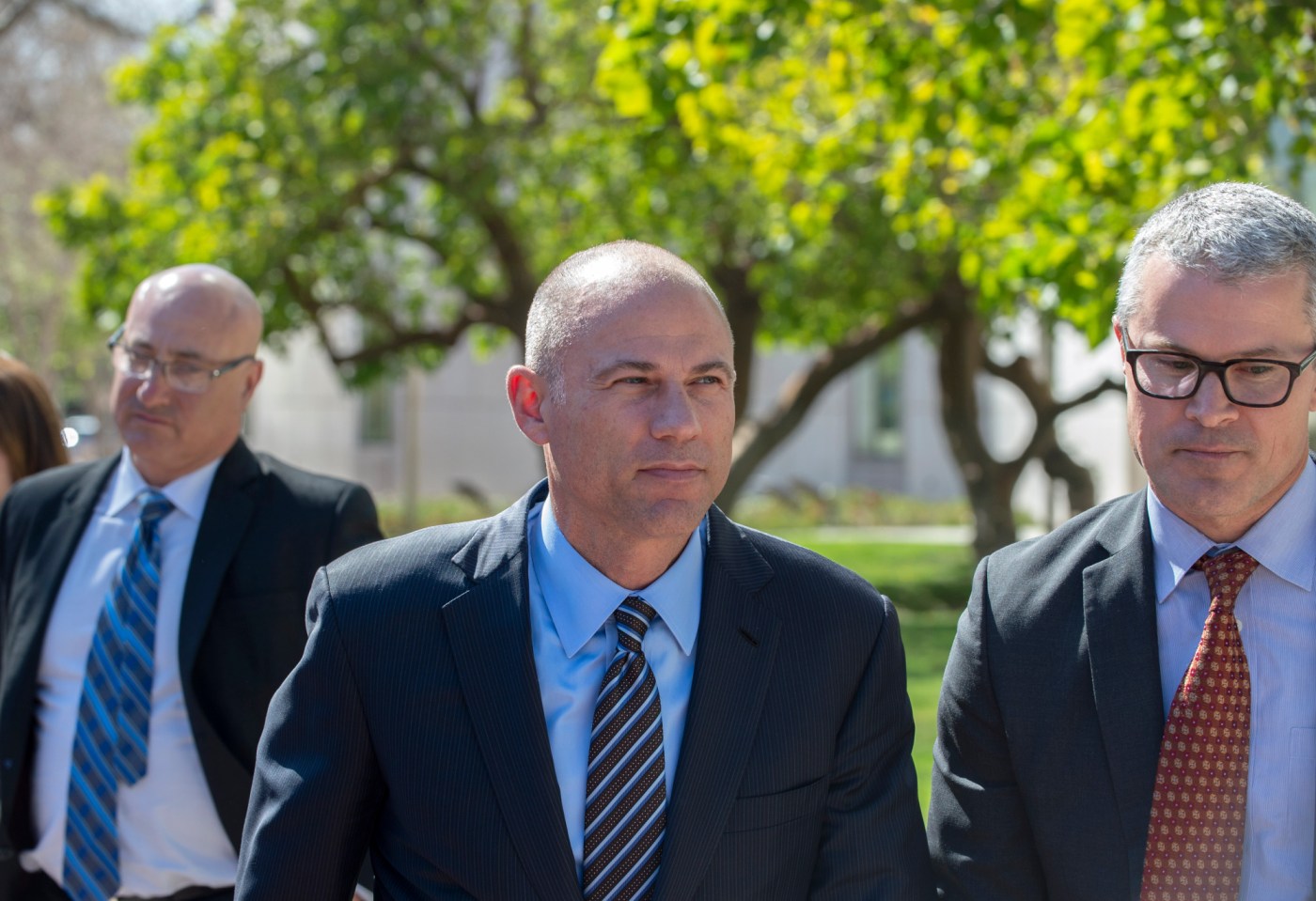 Michael Avenatti, the high-profile civil attorney who gained fame through a lawsuit against Donald Trump and ensuing cable news appearances, embezzled nearly $10 million in settlement funds that should have gone to his clients, a U.S. attorney told jurors on Wednesday, July 21.

The latest criminal jury trial involving Avenatti began at the federal courthouse in Santa Ana, with the Century City resident denying that he ever stole from any client.

Then came a flurry of federal criminal cases in California and New York, sparking his public downfall.

The current trial focuses on 10 counts of wire fraud, related to allegations that Avenatti defrauded five clients by stealing money they were owed from settlements he had negotiated.

Assistant U.S. Attorney Brett Sagel told jurors that Avenatti would hide exact terms of the settlements from his clients, deposit the funds in a bank account he controlled, embezzle money from the funds, and lie to his clients to prevent them from discovering the thefts – at times falsely claiming the agreements hadn’t been finalized, or paying them smaller amounts of money as “advances.”

“They trusted Michael Avenatti completely, and he violated their trust and stole their money,” Sagel said.

Avenatti denied embezzling any settlement money, telling jurors that his firm took on complicated cases other law firms wouldn’t touch, and that he and fellow attorneys spent money up front and the firm was entitled to recoup expenses if successful settlements were reached.

“We represented thousands of little guys, the Davids versus the Goliaths,” Avenatti said. “We gave people who had no chance a fighting chance.”

The prosecutor began his arguments by saying Avenatti allegedly stole from a $4 million settlement for Geoffrey Johnson, who became a paraplegic from injuries he sustained at the Men’s Central Jail in downtown Los Angeles. Avenatti spent years avoiding paying the millions owed to Johnson, who needed to buy a wheelchair-accessible home and van, the prosecutor said.

In 2016, Avenatti took the case of Alexis Gardner, a woman living out of her car, and successfully reached a $2.75 million settlement with Gardner’s ex-boyfriend, former NBA player Hassan Whiteside. The reason for the legal action is unclear. Avenatti hid the terms of the settlement from Gardner, the prosecutor alleged, and spent much of the money on a private airplane for his company.

Avenatti also hid the terms of a $1.9 million settlement agreement he reached with a Colorado company regarding an intellectual property claim on behalf of Gregory Barela, prosecutors said.

The last set of allegations involved Avenatti’s work with Michelle Phan, an early social-media influencer and founder of the cosmetics company Ipsy, and Long Tran, who owned stock in the company.

Avenatti negotiated a stock repurchase agreement between Ipsy and Tran and Phan worth more than $27 million, …read more

Embattled social media star Chrissy Teigen pushed herself back into the cultural conversation Wednesday by posting a lengthy Instagram post in which she reveals she’s in a bad place because she’s been a target of “cancel culture” and has lost her primary way of communicating with the millions of strangers who follow her on Twitter. […]

SOUTH LAKE TAHOE — An injured bear cub that was rescued after it suffered burns in a California wildfire is being nursed back to health at a wildlife center at Lake Tahoe. In this July 25, 2021, photo provided by Lake Tahoe Wildlife Care is a bear cub that was taken in for treatment after […]

US transfers Guantanamo prisoner to his home country

By Dino Hazell, Alexandra Jaffe and Ellen Knickmeyer | Associated Press WASHINGTON — The Biden administration took a step toward its goal of shutting down the Guantánamo Bay detention center for international terror suspects on Monday, releasing into the custody of his home country a Moroccan who’d been held without charge almost since the U.S. […]