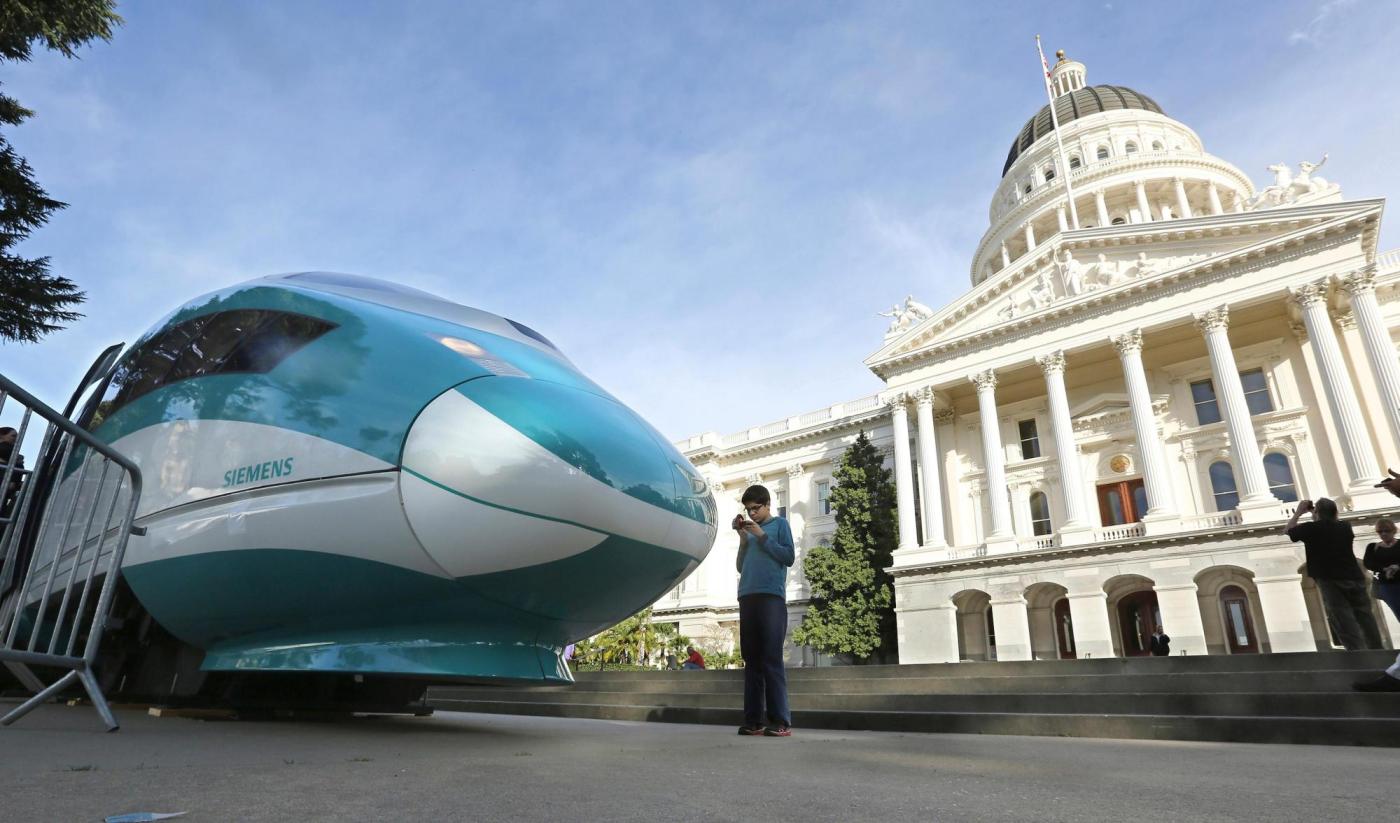 By KATHLEEN RONAYNE | The Associated Press

SACRAMENTO — A new and fundamental debate has emerged in the battle over California’s high-speed rail project that could again significantly downgrade the troubled effort: Should the trains even be high speed when the system launches?

That’s a conversation Democrats in the state Assembly want to have amid negotiations over whether to release about $4 billion in bond money for the project. The California High-Speed Rail Authority said it needs that money to continue construction beyond next summer. Democratic Gov. Gavin Newsom included it in his state budget, but negotiations between his administration and the Legislature have stalled. They’re hoping to reach an agreement when the Legislature returns for session in January.

It’s the latest setback for the project, originally expected to cost $33 billion and be completed last year. Today the vision of shuttling passengers between Los Angeles and San Francisco in less than three hours is a distant dream. The first leg of rideable track, connecting two cities in the Central Valley, won’t start until at least 2029, and the project’s costs have ballooned to $98 billion.

Little political will seems to exist to either kill the project outright or to give it more resources, leaving construction to continue without a long-term plan.

At the center of the latest dispute is how soon to electrify the line, which rail officials say is a necessity to make the train high speed — the whole idea of the project that voters were sold on. They want to enter into a contract next year for a firm to design and construct an electrified track and system and to maintain it for 30 years, effectively locking in the state for the long haul.

Current plans call for the first rideable leg to go from Bakersfield to Merced, where passengers would ideally be able to hop on another transit line to head into the San Francisco Bay Area in a roundabout way. Rail officials and local transit agencies plan to partner to create a single station in Merced, where riders could get off the high-speed train and onto another system, but the construction of it is not fully funded.

That’s prompted Democratic Assemblywoman Laura Friedman, chair of the transportation committee and a lead negotiator on funding, to ask whether it makes sense to fully electrify the line right away. She thinks the authority’s money might be better spent ensuring that there’s a single station at Merced. That would ensure passengers can get to the coastal job hubs from the Central Valley, even if it’s on a diesel train. Overheard electrification could be finished later if there’s more money.

“I’m not arguing that that’s an optimal solution, but I think that people need to be honest about what we have the money to do right now,” Friedman said.

High-speed rail officials and supporters say running anything less than an electrified train goes against what voters endorsed and wouldn’t bring the clean energy benefits.

By Mark Sherman | Associated Press WASHINGTON — The Biden administration is asking the Supreme Court to block the Texas law banning most abortions, while the fight over the measure’s constitutionality plays out in the courts. The law has been in effect since September, aside from a district court-ordered pause that lasted just 48 hours, […]

Human remains were found Saturday in the Southern California desert during the search for Lauren Cho, who went missing in June, the San Bernardino County sheriff’s department said. Lauren Cho. (via CNN)  The remains were found in “open desert” of Yucca Valley. It could be weeks before an identity and cause of death is determined, […]

‘The Young and the Restless’: Courtney Hope Receives Marriage Advice From Co-Stars