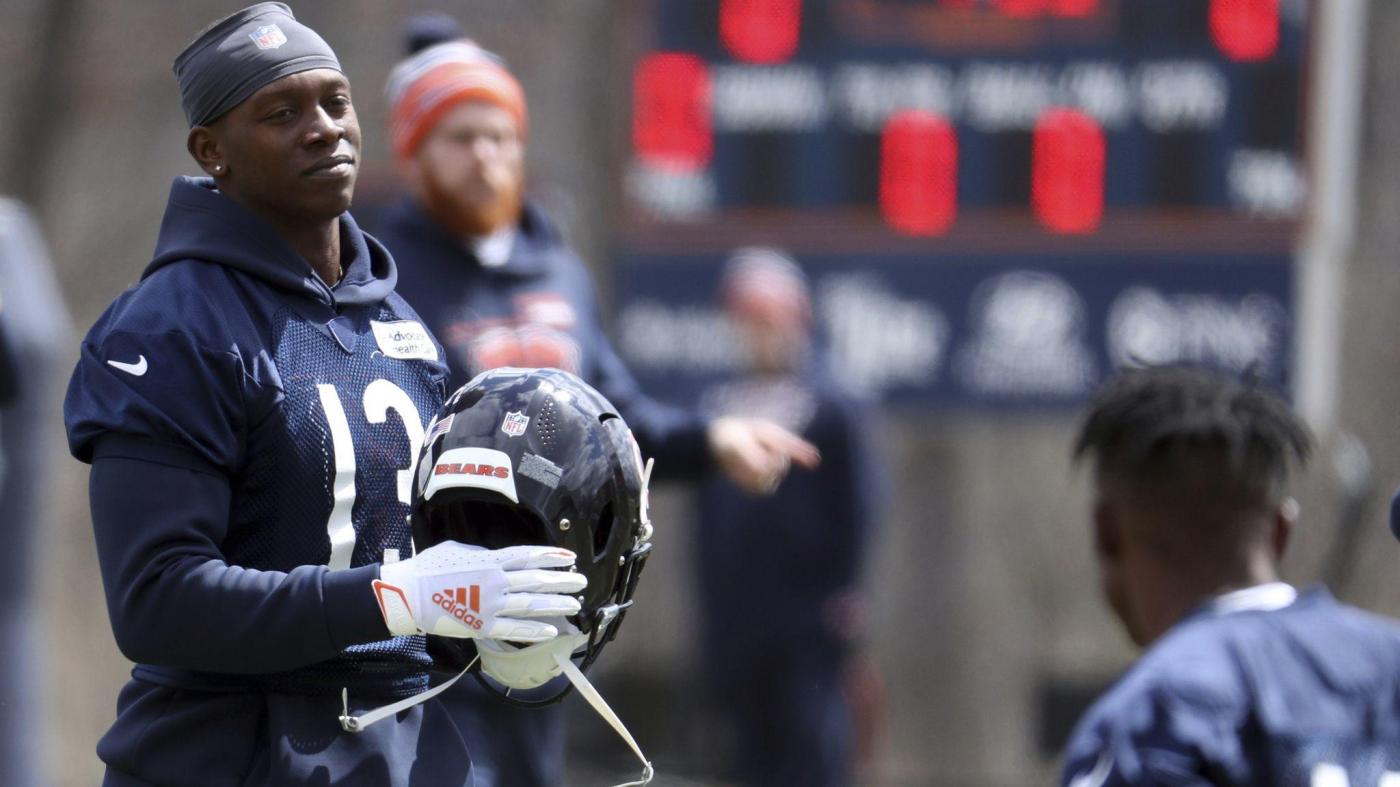 Byron Pringle knows he didn’t make the right type of headlines in his first couple of months as a Chicago Bears wide receiver.

He was arrested in April in Florida for reckless driving and driving while his license was suspended after an officer suspected him of doing a donut on the road with a child and another passenger in the car.

But if Bears fans will allow him to reintroduce himself, here’s what he wants them to know.

“I’m just a hardworking man,” he said. “I love the game. Things happen.”

Pringle didn’t expand much on the incident in his first comments to the media after Wednesday’s mandatory minicamp practice at Halas Hall, saying he had “no thoughts on it.” He pleaded not guilty to the charges, asked for a trial by jury and has a pretrial court date set for July 5, according to Pasco County records.

He said he spoke with general manager Ryan Poles and coach Matt Eberflus before the news came out in the media and “everything’s squared away in house.”

That echoed what Poles told the media just a few days after the arrest. Poles, who knew Pringle from their four years together in Kansas City, said the Bears were in “a good place” with Pringle and that the incident was “not a reflection of who he is at all.”

So the focus since the arrest has been about how Pringle can make positive headlines with a Bears offense that needs some wide receivers to step up alongside Darnell Mooney.

Eberflus has been pleased with what he has seen from Pringle during practices the last several weeks.

Pringle, who signed a one-year contract worth $4 million guaranteed this offseason, has a big opportunity to increase his production from a career-best 42 catches for 568 yards and five touchdowns in 2021. He was fifth in catches — and the third wide receiver — on the potent Chiefs offense run by quarterback Patrick Mahomes.

Now, the 28-year-old former undrafted free agent from Kansas State is part of a collection of Bears receivers with a lot to prove after Poles made mostly modest offseason additions at the position.

Mooney is the only Bears wide receiver on the roster with a better season production-wise than Pringle had in 2021. Tajae Sharpe had 41 catches for 522 yards and two touchdowns as a rookie in 2016. Poles also drafted rookie Velus Jones Jr. in the third round last month.

So while running back David Montgomery and tight end Cole Kmet are likely to be involved in the passing game, too, …read more

Jennifer Lopez Criticized the NFL Having 2 Headliners For the Super Bowl Halftime Show: ‘The Worst Idea in the World’

Can we stop pretending that there is any problem whatsoever with “Disney adults?” If you are an adult and you love Disney — whether for its movies, its TV shows, its music, its merchandise or its theme parks — then good for you. I can’t imagine going through life without passion for something, such as […]

Former Mount Saint Joseph and Maryland men’s basketball guard Darryl Morsell agreed to a deal with the Utah Jazz on Friday, according to Jon Chepkevich of Rookie Scale. Morsell, 23, played one season at Marquette as a graduate transfer after a four-year career at Maryland. The Baltimore native averaged 13.6 points, 3.6 rebounds and 2.5 […]