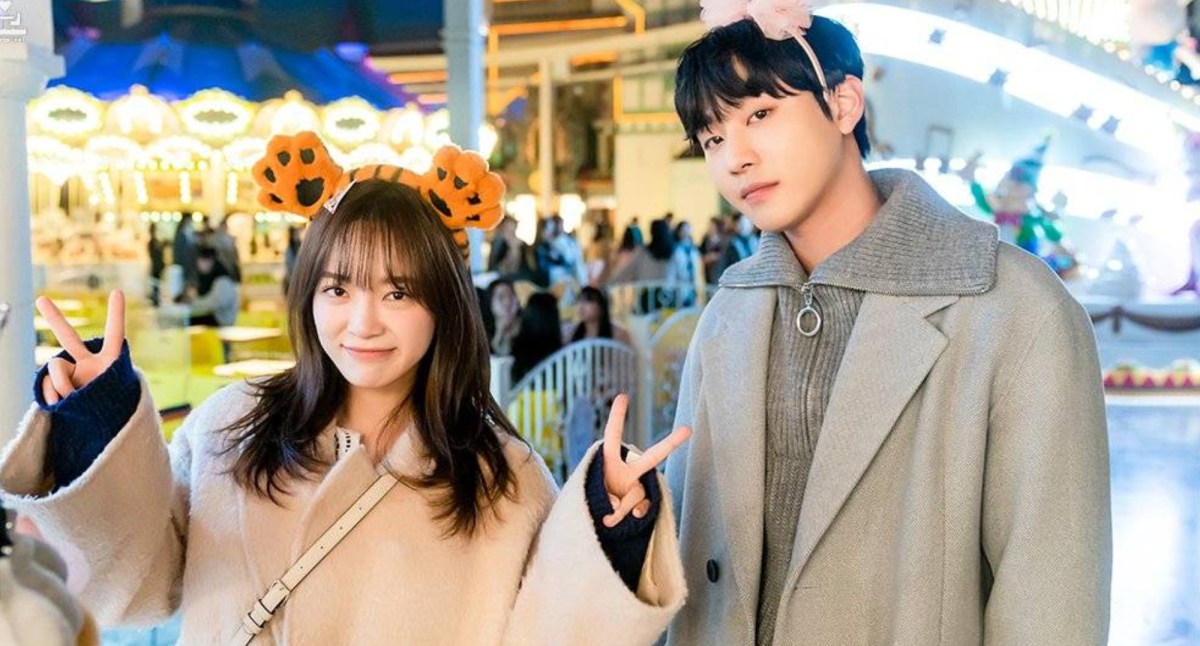 One of 2022’s most loved Netflix K-dramas was Business Proposal. The webtoon-based storyline centered on a boss-employee romance with undeniable affection and attraction. In Business Proposal, actors Ahn Hyo-seop and Kim Se-jeong were praised for their undeniable sizzling chemistry. But recently, fans have speculated the two leading actors are dating in real life.

Business Proposal skyrocketed to fame, leading it to be one of the most-watched dramas on Netflix in 2022. Fans got hooked on its trope-infested storyline of a Go Foods employee who finds herself posing as someone else and dating her boss. Shin Ha-ri (Kim) does her chaebol best friend a favor and goes on her date, pretending to be her to scare him off. But she never suspected the date to be with Kang Tae-moo (Ahn), the company’s CEO.

The K-drama goes into a fun whirlwind of comedy, family drama, and developing romance. When Tae-moo soon learns the truth about Ha-ri, he cannot help but realize he has fallen in love for real. At the same time, he tries to appeal to his grandfather’s wishes to get married. Business Proposal has the added forbidden romance element as Ha-ri cannot be seen dating her boss.

A significant part of Business Proposal’s grand success is thanks to Ahn and Kim in the leading roles. Both actors have a good history in some of the most well-recognized K-dramas. But fans were floored by their lustful gazes, heat-raising kiss scenes, and inherent chemistry. It is no surprise the two actors are rumored to be dating.

According to Koreaboo, fans are more convinced than ever that Business Proposal co-stars Ahn and Kim are dating. As fans know, not many Korean celebrities go public with their relationships. More often than not, they date and break up in secret. But fans have gathered enough evidence to suspect the actors are dating.

Some details are minor but have spoken volumes. Ahn posted on his Instagram, @imhyoseop, a photo of him promoting his ties with Dior. But his posture is similar to that of a bunny rabbit, and fans realized Kim also posted photos on her Instagram, @clean_0828, wearing bunny ears and in a similar pose.

But fans have gone above and beyond to find any morsel of evidence of them dating, like the reflections in their eyes and similar photo backgrounds. In Oct. 2022, Kim posted some photos on Instagram while on a short vacation. Fans quickly noticed the plastic lounge chairs were seemingly the same as the ones in Ahn’s recent selfie on Instagram. He also captioned the photo with a bunny emoji.

The clues go even further when fans zoomed in on Ahn’s eyes and noticed someone’s reflection. The …read more

​Natural Supplements, a full-scale cannabis cultivation, manufacture, retail and distribution business, got the green light this week from Antioch’s City Council. The council OK’d the operating agreement on a 3-to-2 vote with Councilmembers Lori Ogorchock and Mike Barbanica dissenting. City Attorney Thomas Smith said the operating agreement provides benefits to the city in several ways, […]

‘So much love’: Heat star Jimmy Butler set to play after cheering up young fan

Heat star Jimmy Butler went viral after Miami’s game against Boston on Tuesday, but not for anything he did during a game. A 12-year-old Argentinian fan, who held up a sign saying he traveled more than 4,400 miles to see Butler play against the Celtics on Tuesday, was caught on video crestfallen upon learning the […]

Adam Scott | MICHAEL TRAN/AFP via Getty Images Former castmates Strong, Lawrence, and Friedle host a podcast called Pod Meets World. The three rewatch episodes of the ’90s hit and Back in the ’90s, way before Parks & Recreation, Step Brothers, and Severance, Adam Scott had a role on the hit ABC sitcom, Boy Meets […]