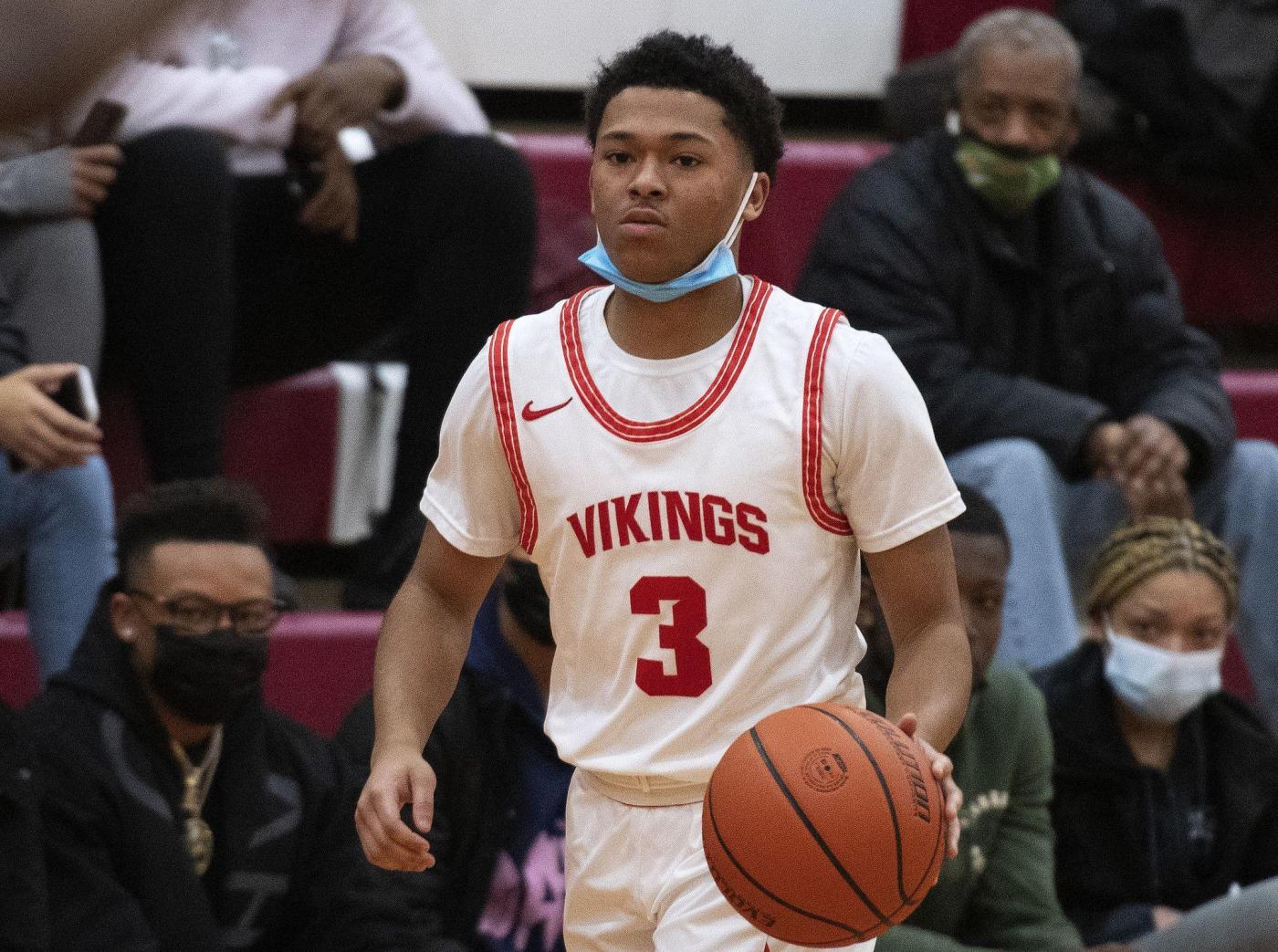 As a sophomore last season, AJ Abrams had a strong varsity debut for Eisenhower, but he knew there was something major to work on.

His outside shot was not good enough to keep defenders honest and stop them from sagging off to prevent him from driving to the basket.

“It makes it easier to get to the basket when they have to respect my shot.”

While he is still most dangerous when he’s driving to the basket, Abrams’ shot is respectable now and that makes him even tougher to stop.

“His 3-point shooting still needs improvement but it’s gotten a lot better,” Eisenhower coach Neil Miguez said. “He’s super athletic. He’s 5-foot-10 and he can get up and dunk. He really gave us a boost last year, and then he trained hard all offseason to get better.”

“Nine rebounds a game is pretty impressive for a 5-foot-10 guard and he gets one block a game too, which is ridiculous,” Miguez said. “He’s doing everything for us.

“Every team we play is face guarding him or doing a diamond-and-one against him, and he’s still putting up these numbers.”

Abrams had a plan to get tougher going into his junior season so he could do some of the dirty work for the Cardinals.

“I was working out, lifting weights, getting my legs right,” Abrams said. “For my size, it’s pretty hard to get rebounds over tall defenders. It takes hustle, speed and determination.

“Don’t underestimate me because of my size.”

Abrams started playing basketball when he was 5 years old, with his love for the game unleashed after seeing an ad in the newspaper.

“I saw something about a rec league, and I asked my mom and dad if I could sign up,” Abrams said. “The first time I woke them up on a Saturday and told them I had a game, they were surprised. They didn’t realize I had the basketball talent.”

Now, Abrams’ talent is on full display. Miguez sees it every day. In fact, Abrams makes him think about a former NBA MVP from Chicago.

“I don’t want to say he’s like Derrick Rose, but he reminds me of that in just the way he plays,” Miguez said. “He gets to the hole. He’s so explosive that he goes up and gets bumped and it doesn’t mess with his shot. He’s just super athletic.”

Overcoming adversity: Despite losing leading scorer Xavier Sulaiman to injury and struggling in late December, Oak Lawn (14-6) is on a six-game winning streak and has not lost in 2023.

Sulaiman, who had been out since mid-December with a knee injury, briefly returned for the Jan. …read more

‘Gunsmoke’: What Was James Arness’ Net Worth at the Time of His Death?

Few TV shows were as perennial as Gunsmoke. Airing from 1955 to 1975, it remains one of the longest-running scripted shows. Only the reigning champ The Simpsons and a few others have surpassed the Western show’s 20-year run on TV. So, how much did that success affect lead actor James Arness’ net worth? Let’s investigate. […]

By Andrew Meldrum | Associated Press KYIV, Ukraine (AP) — The speaker of Russia’s parliament warned Sunday that countries supplying Ukraine with more powerful weapons risked their own destruction, a message that followed new pledges of armored vehicles, air defense systems and other equipment but not the battle tanks Kyiv requested. “Supplies of offensive weapons […]