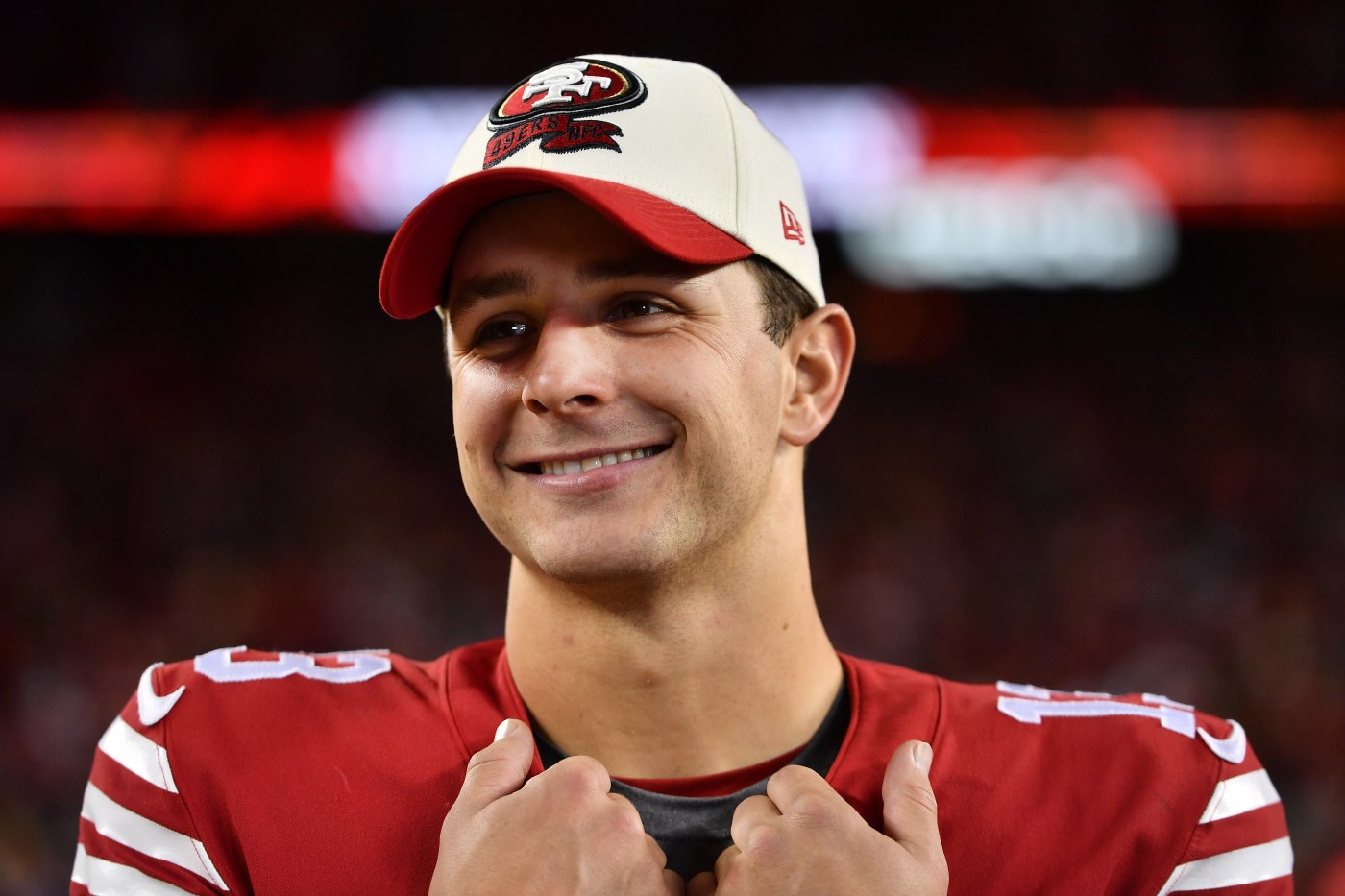 SANTA CLARA — As the Dallas Cowboys slowly shuffled back to their locker room Sunday evening, eliminated by the 49ers for the second straight season, Brock Purdy stood, triumphant, at midfield. He dapped up a few thwarted opponents, kneeled and took part in the postgame prayer circle.

Afterward, Erin Andrews, the Fox sideline reporter, was waiting for him.

When Purdy was, at last, ready to run back into the Levi’s Stadium tunnel for the final time this season, a horde of fans — hundreds, at least — remained, waiting to chant his name. It was their last chance to shower adoration over the unlikeliest of recipients, not because their season was over but because it now shifts to Philadelphia.

The rookie quarterback, taken with the final pick of last spring’s NFL draft, who began the season behind on the depth chart not one but two other signal callers, has started seven games and won them all. In his biggest challenge yet, against a Dallas defense that allowed the sixth-fewest points in the NFL this season, Purdy again was exactly what the 49ers asked for: good enough.

After their 19-12 win Sunday night, Purdy and the 49ers will face the Eagles next week for a trip to the Super Bowl.

Quite a couple months for a man who began the season as “Mr. Irrelevant.”

“The whole season I’ve been taking things in and just being appreciative of where I’m at with my life and playing football — the little things, the big things, all of it,” Purdy told the Bay Area News Group from within the Levi’s Stadium tunnel after Sunday’s win. “When I first got in against Miami (after Jimmy Garoppolo’s injury), I wanted to show the guys that I could play and earn their respect. As I’ve played more games and played in front of this crowd, it’s more like, man, let’s win.”

Last week, in his first playoff start, Purdy overcame nerves and a slick football to throw for 332 yards and three touchdowns as the 49ers romped through a porous Seattle defense. It was a little different this time around, facing a vaunted Dallas defense.

Purdy finished 19-of-29 for 214 yards and didn’t throw a touchdown. It was his first game as a starter without a pass completed to the end zone. The 49ers’ 19 points were also a low with Purdy as the starter, and their 312 total yards were just one more than their low in seven games with the rookie from Iowa State.

But Purdy didn’t turn the ball over (his counterpart, Dak Prescott, tossed two picks), and the 49ers’ run game took over in the second half — with a little help from George Kittle’s miraculous bobbling catch — to send them on to the next round.

“He’s willing to do whatever it takes and he took care of the ball, which is huge,” fullback Kyle Juszczyk said. “If we don’t turn the ball over we feel like we can win every game.”

In Purdy’s seven games as the starter, the 49ers’ …read more

Searchers have recovered the body of a kayaker who went missing last week on Tomales Bay, the Marin County Sheriff’s Office said Thursday. Clinton Yoshio Koga, 39, of Brentwood launched from Lawson’s Landing in Dillon Beach around 6:10 p.m. Friday to retrieve a crabbing cage, the sheriff’s office said. Later a friend realized he could […]

Married couple Jenny McCarthy and Donnie Wahlberg courtside at an NBA game | Michael Reaves/Getty Images McCarthy and Wahlberg met when they were guests on Bravo’s Watch What Happens Live with Andy Cohen. Later, their chemistry was apparent during his flirty segment with the host on The Jenny McCarthy Show.  Less than a year later, […]

By Susie Blann | Associated Press KYIV, Ukraine — Russia is mustering its military might in the Luhansk region of Ukraine, officials said Wednesday, in what Kyiv suspects is preparation for an offensive as the first anniversary of Moscow’s invasion approaches. Also Wednesday, President Volodymyr Zelenskyy’s government continued its crackdown on alleged corruption. The government […]