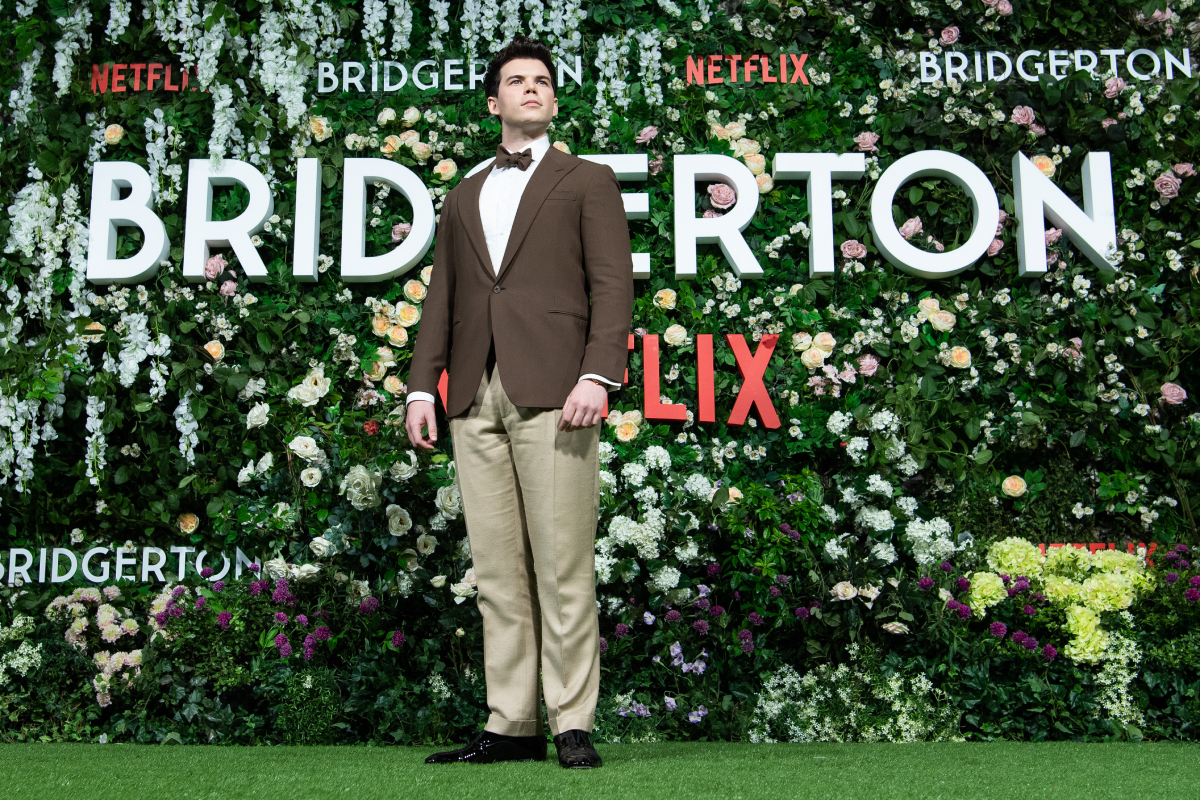 Luke Newton is stepping into the spotlight for Bridgerton Season 3. The new season will focus on his character Colin Bridgerton’s love story with Penelope Featherington. Bridgerton has become one of the most popular series on Netflix, and season 3 promises to bring in just many viewers. For Newton, however, the news that he was cast in the series came during a lull in his acting career.

Bridgerton fans might not know that Colin actor Luke Newton is a talented singer and dancer thanks to his training in musical theater. He landed his first onscreen acting role at just 17, playing Luke Atwood for 11 episodes in the BBC Two series The Cut.

When Newton learned he landed a part in the show, he immediately called his mom to relay the news. “I couldn’t even get it out. I was literally bawling,” the actor continued.

After the Book of Mormon, Newton acted in a production called Loserville. From there, he starred in the Disney Channel series The Lodge.

“Things after that kind of dried up a little bit for a while,” Newton shared. “There was a time when I wasn’t booking any work. I was trying to transition from being a musical theater actor to a TV actor, and I worked in a bar. I worked on the front of house bar at Phantom of the Opera at Her Majesty’s Theatre.”

It was while working at this bar that Newton learned he had booked the role of Colin Bridgerton. “This was when I lived in South London. I was living on my mate’s sofa bed in his front room,” Newton continued.

‘Bridgerton’ Season 3: Why Fans Were Freaking out Over This Short Teaser

Newton hadn’t heard anything about receiving a role in Bridgerton for three months, so he had essentially crossed it off his list when his agent finally called. The actor also revealed that he had originally auditioned to play the Duke of Hastings, Simon Basset.

Colin and Penelope step into the spotlight in ‘Bridgerton’ Season 3

Although Newton didn’t land the role of Simon Basset, he was excited about his casting. Now Newton will step into the spotlight as Bridgerton Season 3 follows Colin and Penelope’s friends-to-lovers story. “In general, we’re playing a little bit with the fact that this season is about two characters who are sort of stepping out of the shadows,” season 3 showrunner Jess Brownell told Variety.

“Colin, as a third son who’s kind of been behind the scenes a little bit, and Penelope as Lady Whistledown, living this dual …read more

Tom Hiddleston as Loki | Photo courtesy of Disney+/Marvel Studios Loki rises as a villain in ‘Thor’  2011’s Thor introduces Asgardian princes Thor ( Loki has proved to be one of the Marvel Cinematic Universe‘s most formidable villains. His rise to anti-hero didn’t come until Thor: Ragnarok. But a deleted scene from the first Thor […]

First the Eagles beat the hometown Giants, and now this? The Empire State Building stunningly lit up in green and white Sunday night for the locally despised Philadelphia Eagles after their win in the NFC Championship game. “Fly Eagles Fly! We’re going Green and White in honor of the Eagles NFC Championship Victory,” tweeted an […]

Jersey Shore fans will get a baby announcement from Mike “The Situation” and Lauren Sorrentino any day now. In the meantime, fans on Reddit are speculating about what Baby Girl Situation’s name will be. Here’s what they think Mike and Laurens could name their second child based on a clue Mike dropped earlier this week. Mike […]