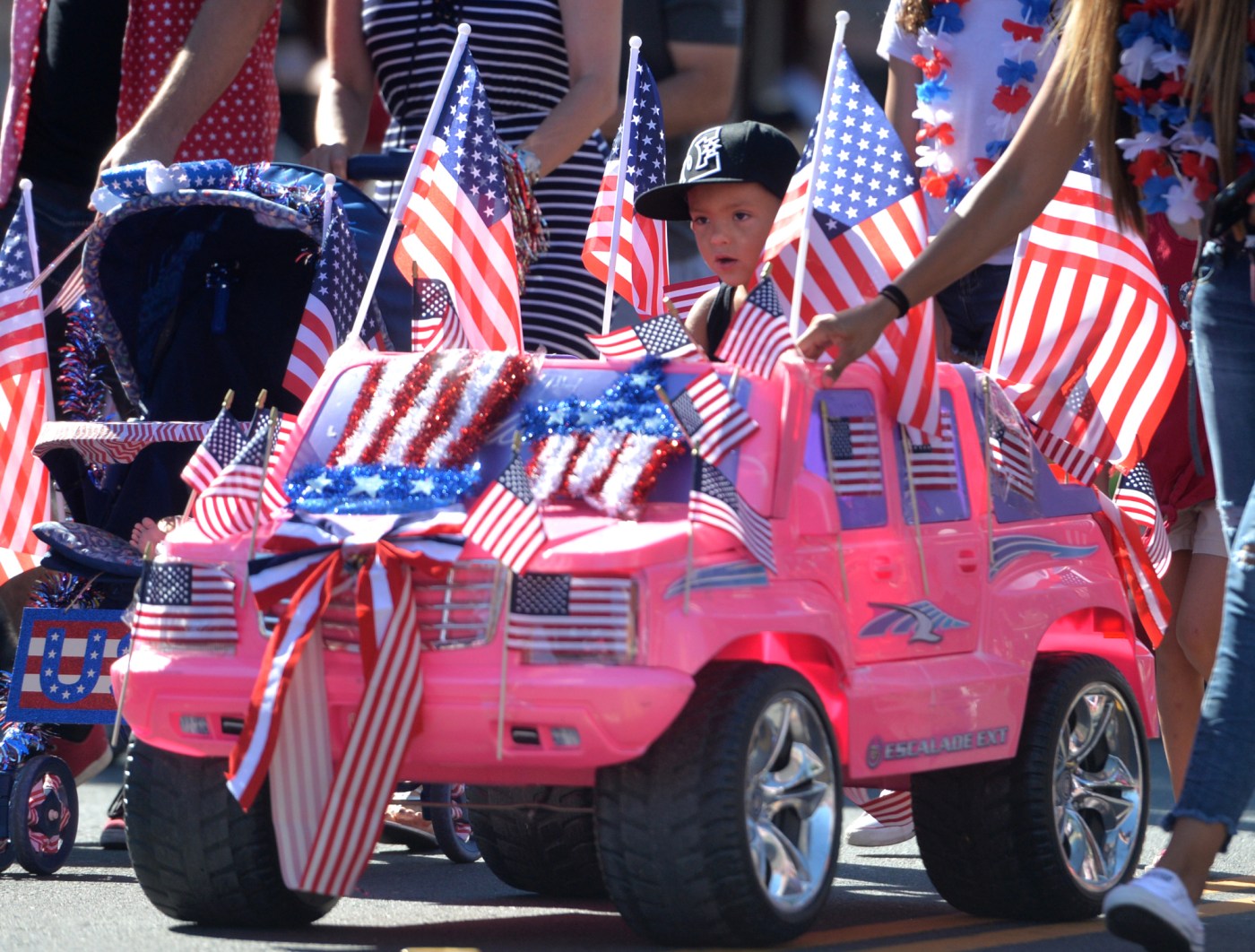 The red, white and blue will fly and the band will play on now that the Brentwood City Council has approved a plan for a modified July Fourth parade with added safety measures.

Council members agreed on Tuesday to give priority to Brentwood residents who will have to register for roped-off viewing spots before opening it up to outsiders for reservations. Masks will be required.

The approval, though, was not an easy one, coming after three hours of contentious debate, which included discussions about the parade possiby becoming a super spreader event to accusations that Mayor Joel Bryant had “riled” residents on social media to support it and “celebrate the event like proud Americans.”

Tuesday’s reassessment of plans came on the heels of last week’s meeting when some council members chided staff for announcing the parade via a news release and social media before the council discussed it and all asked staff to work out safe alternatives.

Councilwoman Karen Rarey also chided a local news blogger who incited his followers to form their own protest event if the council dared halt the parade.  In additon, she pointed out the mayor  suggested that protesters write to the council in support of the parade rather than risk having their cars impounded with a protest parade in a now-deleted Facebook post.

“You’re riling the crowd up, you along with a blogger, really trying to instigate the people out there, which has now gotten crowds from outside of our area wanting to come to this,” Rarey told the mayor. “And that’s that’s a big problem because they’re say they’re coming whether they they make reservations or not.”

She added that those social media posts have catapulted the event into something larger than the envisioned small parade, which with spaces for about 1,100 or so viewers, was to accommodate only about 2% of the city’s population.

“I can see this getting out of hand very quickly,” she said.

Councilwoman Jovita Mendoza was also displeased with the mayor’s comments on social media, she said.

“I do think that you created a divide in our community that was not necessary,” she said.  “I hope it was a mistake. And that it was not your intention to say that I am not an American, and that I’m not a proud American, if I choose not to vote for a parade.”

Bryant later apologized and said he didn’t intend to disparage anyone but rather respond simply respond a person on social media who “made very dangerous threats and was instigating potentially something that would bring our community and our families in danger.” That person had called for a protest if the parade were canceled.

“One of the things I’ve had to learn is just to have thick skin and not to be involved in any type of social media because it’s really bothersome when you’ve done so much for your community and your integrity and your family’s being questioned,” Councilman Johnny Rodriguez said.

Hotline newsletter: George Kliavkoff is active on Twitter, which could be a good sign for the Pac-12

*** The Pac-12 Hotline newsletter is published twice a week during the college sports season. (Sign up here for a free subscription.) This edition, from June 3, has been made available in archived form. Follows for the Leader You can’t always learn a lot about someone from their social media postings, but you can invariably […]

By Nicole Neri and Jonathan Allen | Reuters MINNEAPOLIS – Work crews in Minneapolis on Thursday took down barricades that had stopped most vehicles from driving through the intersection where George Floyd was murdered by a police officer just over a year ago, though activists quickly replaced them with makeshift barriers. Some activists oppose the […]

Submit your letter to the editor via this form. Read more Letters to the Editor. Agency policies threaten region’s water, economy The San Francisco Public Utility Commission’s suit against the State Water Board’s effort to protect the San Francisco Bay and Sacramento-San Joaquin River Delta and the recent appointment of general manager Dennis Herrera are […]