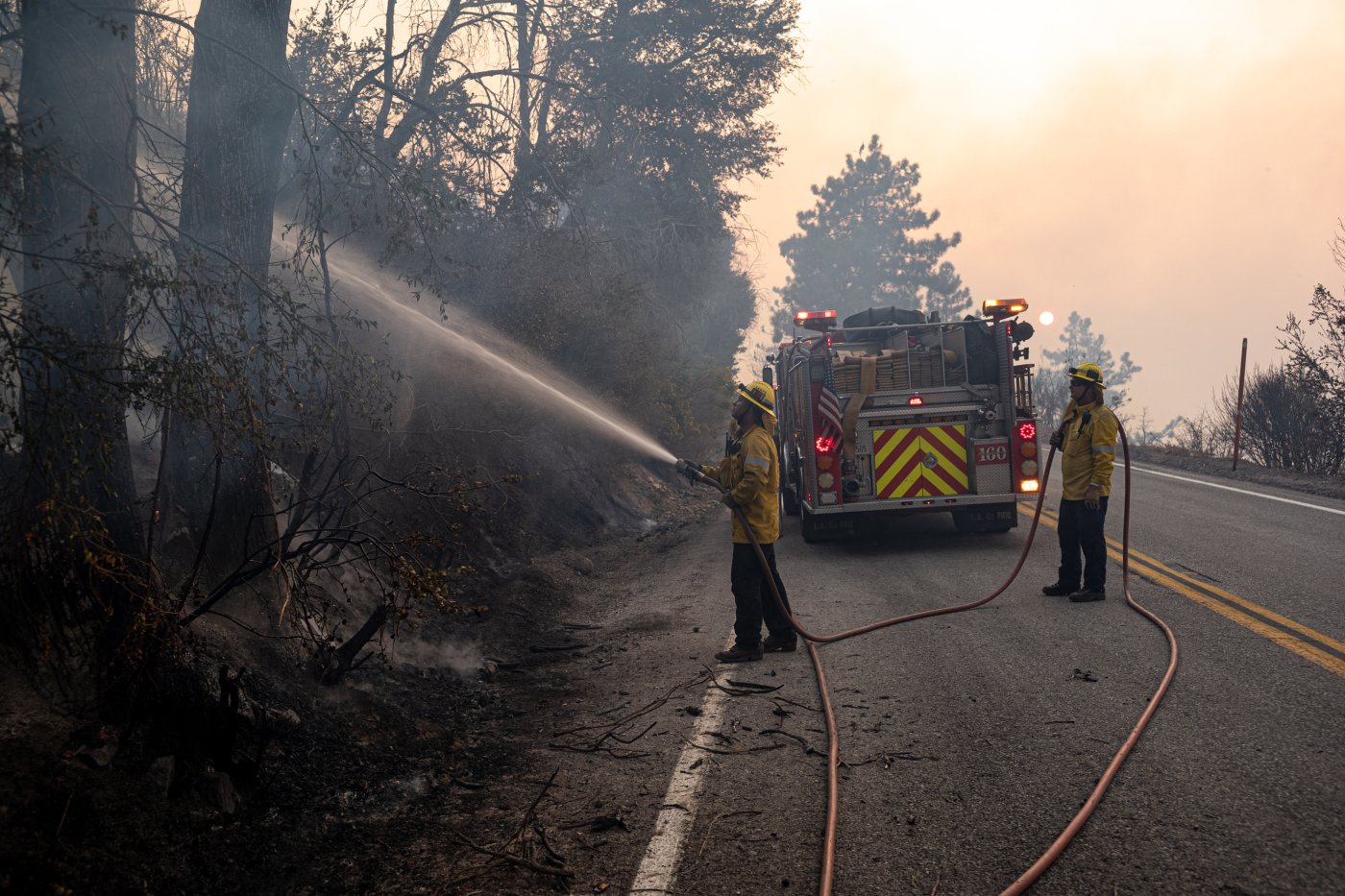 As daylight broke over Mount Wilson on Wednesday, Sept. 16, authorities said firefighters held off the mammoth-sized Bobcat fire, preventing it from reaching the mountain summit, protecting history-making telescopes and billions of dollars worth of communications equipment through the night.

But the danger is far from over. New evacuation warnings were issued Wednesday evening for people in the Antelope Valley as the fire continued to spread north and deeper into the forest. Residents of Juniper Hills south of Fort Tejon Road and east of 96th Street East  were advised to get ready to evacuate by  officials. People living east and south of Valyermo Road and west of Bobs Gap Road should also prepare to evacuate. Large animals can be left while space is available at the Antelope Valley Fair and Event Center at 2551 West Avenue H in Lancaster.

And flames were still threatening Mount Wilson on Wednesday afternoon, roaring like a distant jet engine, tearing through forest and brush on the mountain’s southwest exposure. Hand crews were still cutting containment lines and planning to do more controlled burns to get rid of fuel before the fire got any closer to the peak.

Meanwhile, in an area north of Mount Wilson, near Cooper Canyon, Windy Gap and Big Tujunga Canyon, crews were working to contain a 700- to 1,000 acre spot fire that erupted sometime on Tuesday.

Large swaths of the forest have been reduced to fields of black and white ash; charred trees were still smoking and stumps were smoldering when Los Angeles County Fire Department representatives took a group of reporters into the fire zone on Wednesday.

Crews were still in the area, the high-pitched whine of their chain saws echoing through the canyon, as they removed brush and fallen trees, getting rid of as much fuel as they could to prevent any flare ups.

Meanwhile, helicopters continued to make water drops on hot spots, rotating in and out of the area every 10 to 15 minutes.

It was frustrating for firefighter Richard Hilstein to see this area burned. If there weren’t dozens of major fires burning across the western United States, crews would have had more resources.

“There’d be a line cut around this already,” Hilstein said in an interview Wednesday. “We wouldn’t be able to park here, I’ll tell you that much.”

The fire crossed Highway 2 on Tuesday somewhere around mile marker 44 or 45, he said.

At this point, the fire has made something akin to horseshoe shape, leaving a thumbprint of …read more

An Oakland mansion previously owned by Green Day frontman Billie Joe Armstrong is now selling for $6.498 million. It was previously listed for $7.25 million. Click here if viewing from a mobile device. The 6,911-square-foot property in Upper Rockridge has five bedrooms and six bathrooms. It was built on the site of the 1911 Julia […]

Major League Baseball on Sunday night announced the start times and the television schedule for the first two games of the American League wild card round, including the series between the No. 2 seed A’s and seventh-seeded Chicago White Sox at the Oakland Coliseum this week. Game 1 of the best-of-three series will be Tuesday […]

Latest line: A good week for Musk, bad one for rent control advocates

Elon Musk Tesla’s billionaire CEO can be erratic, but Gavin Newsom’s announcement to ban the sale of all new gasoline passenger vehicles by 2035 is a huge windfall for electric cars and batteries, and he’s in the driver’s seat on both.             Rent control advocates After California voters rejected Proposition 10 […]