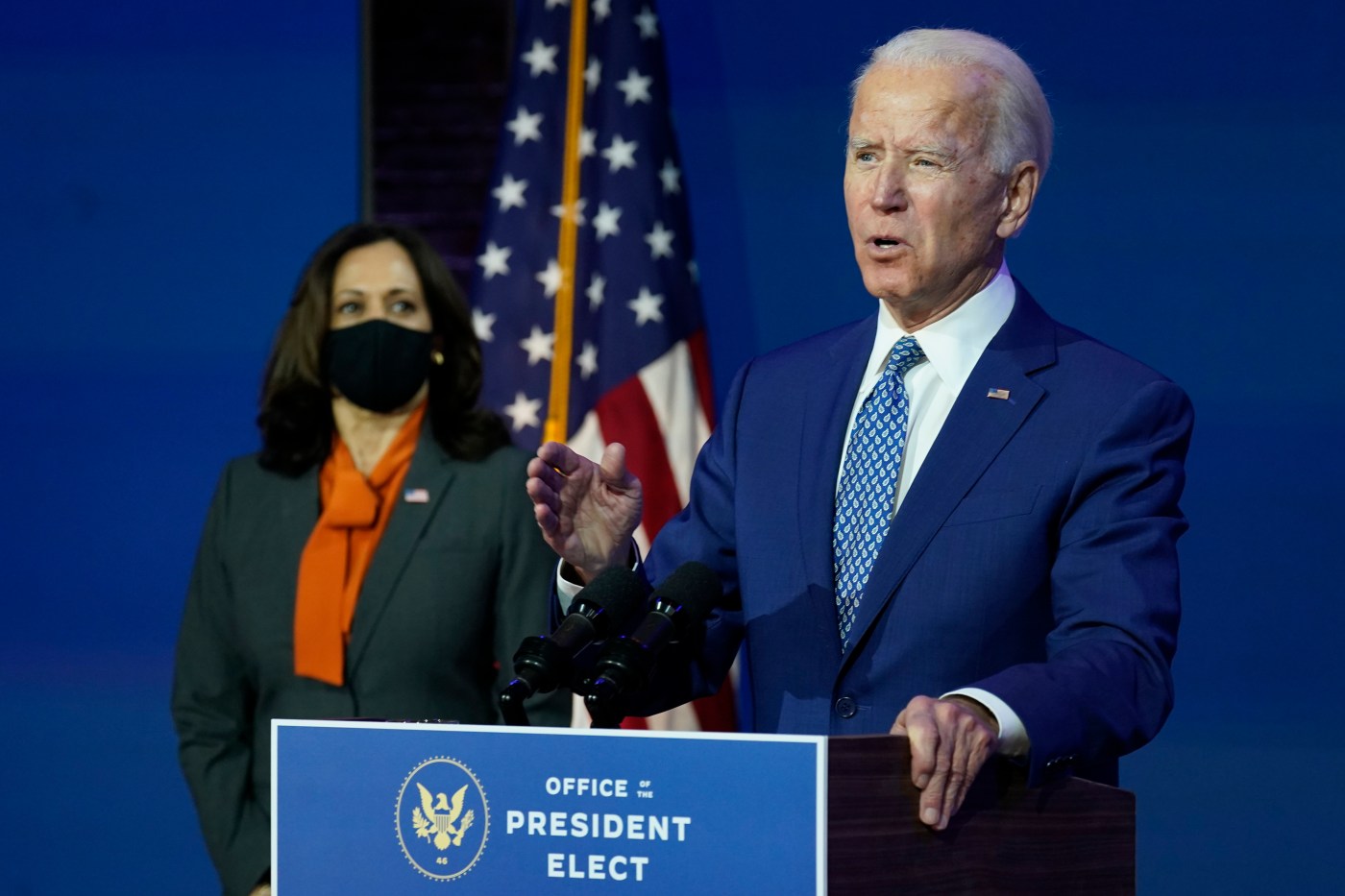 Barack Obama — his policies and his posture — just won a third term.

Joe Biden will be president because of his close association with Obama, because he espoused many of the same centrist policies and positioning and because of public nostalgia for the normalcy and decency the Obama years provided.

Biden is a restoration president-elect, elected to right the ship and save the system. He is not so much a change agent as a reversion agent. He is elected to Make America Able to Sleep Again.

He doesn’t see his mission as shaking things up, but calming things down.

But, just as was the case with Obama, many of the people who made Biden’s win possible are far to the left of him. As Biden told a Miami television station last month: “I’m the guy that ran against socialists, OK. I’m the guy that’s the moderate. Remember, you guys were all talking, you’d interview me and say, ‘Well, you’re a moderate, how can you win the nomination?’ It’s who I am.” But, progressives are not likely to be as silent now as they were during the Obama years.

Obama faced intense, often unfair, resistance from the right on every front, so many who wanted to push him in a more progressive direction held their criticism or limited it for fear of adding to the damage being done to him by his conservative opposition.

But many progressives emerged from that unhappy or downright angry. They are not likely to repeat what many consider a mistake.

As my colleague Thomas Edsall astutely observed last year, the Democratic Party is actually three different parties: the most progressive on the left, the “somewhat liberal” in the middle and the majority nonwhite moderates on the right.

The most progressive, who are also the most vocal, have yet to have a true champion in the White House. Although Biden and the Democrats need their energy and can sometimes tack in their direction, these people know that the right uses them as the boogeymen of whom voters in the center and on the right should be afraid.

And many centrist Democrats accuse the most progressive of doing damage to the rest of the party with their rhetoric and policy ambitions.

As The Intercept reported last week, House Democrats held a conference call in the wake of the election in which “centrist after centrist lambasted the party’s left for costing it seats in the lower chamber and threatening its ability to win the Senate.”

Sen. Bernie Sanders last month told the Squad — Reps. Alexandria Ocasio-Cortez, Ilhan Omar, Ayanna Pressley and Rashida Tlaib — that the first order of business for progressives was to defeat Donald Trump by electing Biden. But, he said, the second order of business was to push Biden into becoming “the most progressive president since FDR.”

Ocasio-Cortez chimed in to thank Sanders for “normalizing bringing the ruckus on the Democratic Party.” As she explained: “That was not seen as OK for a very long time. It was seen as extremely taboo for a very long …read more

David Bowie is best known for the albums he released during the first two decades of his recording career, which includes such classic platters as 1972’s “The Rise and Fall of Ziggy Stardust and the Spiders from Mars,” 1977’s “Low” and 1980’s “Scary Monsters.” Yet, the Rock and Roll Hall of Famer continued to release […]

MARTINEZ — The county’s district attorney’s office and sheriff’s office are investigating an in-custody death that happened Tuesday. A sheriff’s spokesman said an inmate, Ezekiel McCoy, suffered injuries after a fight with other inmates at Richmond’s West County jail around 5 p.m. Monday. McCoy was taken by ambulance to Contra Costa Regional Medical Center in […]

The Raiders’ coronavirus reserve list doubled in size Tuesday as a pair of defensive starters were added to the list. Defensive back Lamarcus Joyner and defensive end Clelin Ferrell both moved onto the list, joining fellow defensive starter Cory Littleton and offensive tackle Trent Brown, who’s in the midst of his second stint on the […]