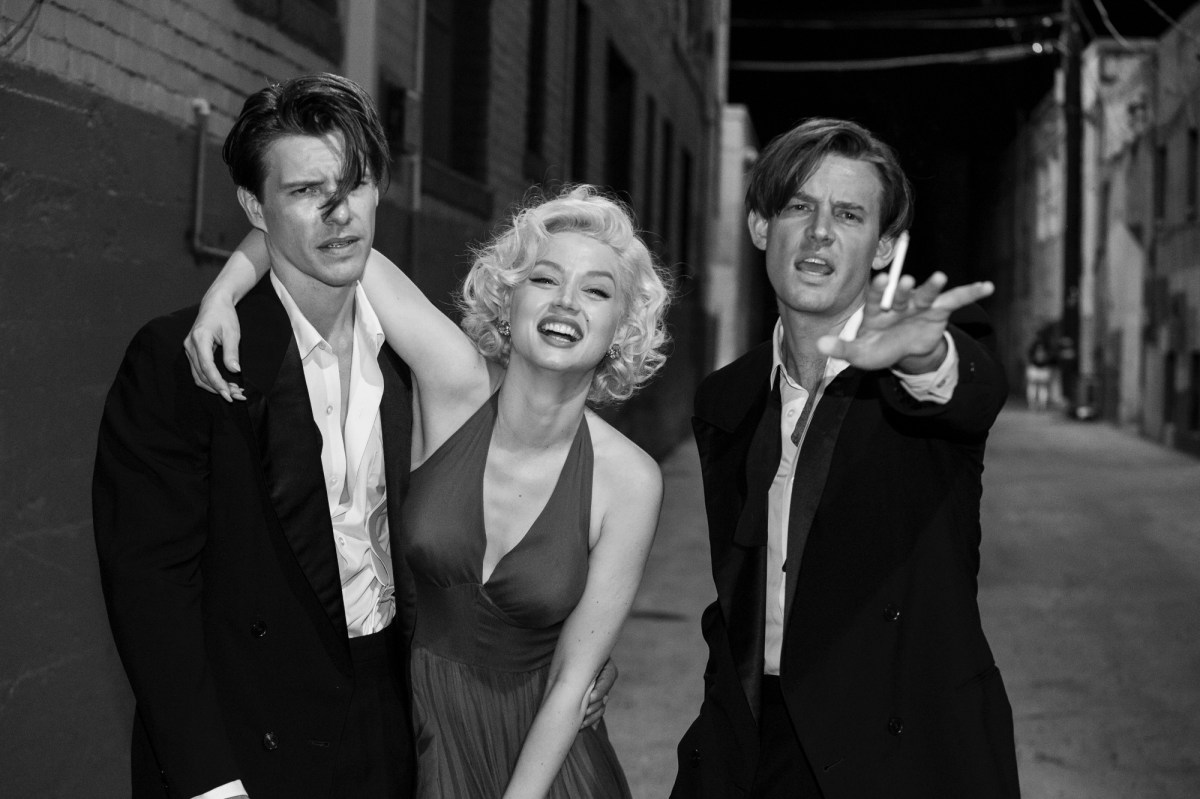 There’s no question that

Beginning in 1933 Los Angeles, Jeane (Lily Fisher/Ana de Armas) is a young girl living with her mother (Julianne Nicholson). However, the absence of Jeane’s father haunts her, as her mother abuses her for reasons that she can’t understand. The young girl ultimately finds herself set on a difficult path to stardom as she faces the horrors of corrupt Hollywood executives.

Blonde is a fictionalized version of the woman who became Monroe, as the film tries to tap into the mind of the person behind the iconic name. The story chronicles her personal journey through fame, family, love, and the pursuit of happiness.

Blonde begins with a 7-year-old Jeane, who yearns for nothing more than a loving family. She looks up to her mother, despite the abuse that she subjects the young girl to. Meanwhile, Jeane never met her father. Her mother finally shows her a photograph that she holds so preciously that she refuses to allow her daughter to touch it. Jeane can only look at him from afar, which is very much the same dynamic that she comes to know with her mother over the years. Nevertheless, Jeane never gives up hope that one day her mother will be well enough to leave the psychiatric facility and her father will enter her life.

There’s a running motif of duality that threads through the film. Dominik keeps Jeane front-and-center, but he introduces Monroe as a character all her own. Jeane’s growing resentment toward the famous side of her life only causes her to desperately grasp onto the real side of herself even tighter. Fans, critics, and many of her companions experience a love-hate relationship with Monroe as she screams out for her true self to be both heard and understood.

Most of the men in Jeane’s life don’t take an interest in the person underneath the makeup – they only see Monroe. She’s a commodity to them, as they abuse their power to take advantage of her in more ways than one. Powerful Hollywood figures compare her to a “mental patient” in an audition and demean her body for kicks. As a result, Jeane further loses herself in the character of Monroe.

There’s no question that de Armas is the shining star of Blonde. She fully commits to the part, disappearing …read more

Here’s what the Baltimore Sun sports staff had to say immediately after the Ravens’ 37-26 win over the New England Patriots in Sunday’s Week 3 game at Gillette Stadium in Foxborough, Massachusetts: Childs Walker, reporter: The Ravens pulled out a tense road win thanks to a strong all-around performance from their offense, a pair of […]

ALF was one of the most popular TV shows of the late ’80s. Fans fell in love with the hilarious furry alien, puppeteered and voiced by co-creator Paul Fusco, and the immensely talented actors who worked alongside him. The sitcom aired over 30 years ago. Here’s a look at where the ALF cast is now. […]

A 33-year-old San Francisco man was fatally shot Saturday evening at Concordia Park in East Oakland. The man was killed when gunfire erupted about 6:05 p.m. Saturday in the park near Camden Street and 63rd Avenue, authorities said. He was pronounced dead at the scene of the shooting. Other people were at the park when […]