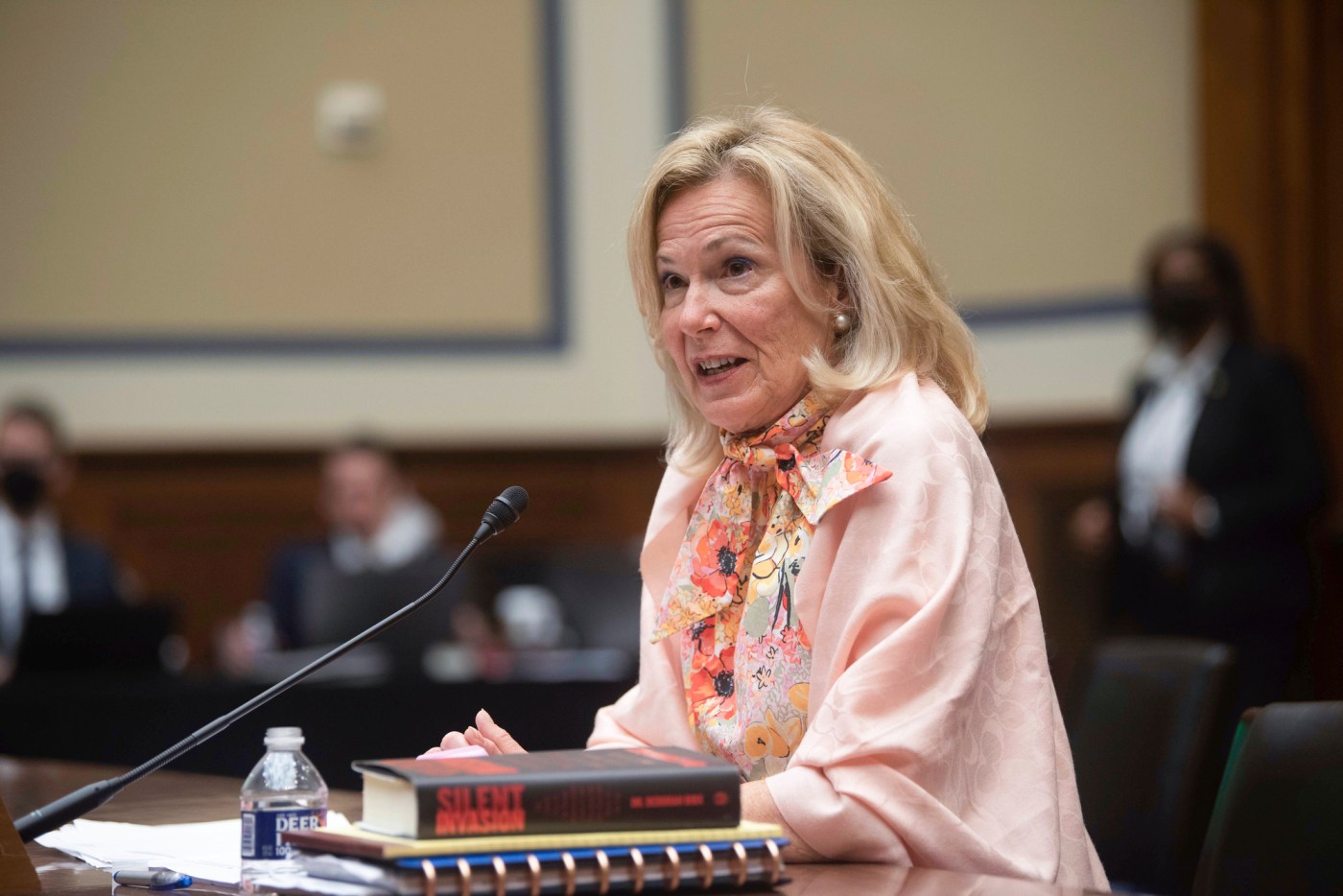 WASHINGTON — A lack of clear, concise and consistent messaging about the seriousness of the novel coronavirus in the earliest months of its spread created a false sense of security among Americans that the pandemic would not be serious and resulted in inaction early on across the federal government.

That was the assessment of Dr. Deborah Birx, who served as the COVID response coordinator under former President Donald Trump and testified for the first time Thursday before a House panel about her time in the Trump administration.

“It wasn’t just the president, many of our leaders, were using words like ‘we could contain,’ and you cannot contain a virus that cannot be seen,” Birx said. “And it wasn’t being seen because we weren’t testing.”

Birx appeared before the House Select Subcommittee on the Coronavirus Crisis, whose partisan divide was evident throughout the hearing as Democrats focused their attention on missteps made during the Trump administration while Republicans did the same when it came to Democratic-led states such as New York or under the Biden administration, such as when President Joe Biden overstated the efficacy of vaccines by telling Americans in a CNN town hall, “You’re not going to get COVID if you have these vaccinations.”

Much of the hearing focused on concerns Birx had about strategies promoted by Dr. Scott Atlas, who joined the White House as a pandemic adviser in the summer of 2020 and argued that it was all right for low-risk people to get infected with the virus as long as the vulnerable are protected. Birx was asked why she considered that view so dangerous.

“Dr. Atlas’s view was anybody who was not going to have severe disease should be allowed to become infected,” Birx said. The difficulty, she said was the premise that the country could then “magically separate the 50 or 60 million vulnerable Americans from that infection at a high level.”

She said that when Atlas and other officials espoused that view about the virus, it created doubts with the American public.

“It created a sense that anything could be right,” she said.

Birx also said that Atlas’s tenure “destroyed any cohesion in the response of the White House itself.”

To underscore the divide in the White House, the subcommittee released new emails, including from Birx to then-CDC Director Robert Redfield, then FDA Commissioner Stephen Hahn and Dr. Anthony Fauci, head of the U.S. National Institute of Allergy and Infectious Diseases.

In the August. 11, 2000, e-mail, Birx described a “very dangerous meeting in the OVAL yesterday,” with a list of concerns. “The conclusion was Dr. Atlas is brilliant and the President will be following his guidance now.,” she wrote. She went on to say she would continue her focus in working with states but doubted her ability to change the president’s mind on what needs to be done, such as strict mask use, expansion of testing, strict social distancing and limiting school re-openings where there was uncontrolled community spread.

Atlas was not a participant in the hearing, but he …read more

Many fans of Whitney Houston blamed her marriage to Bobby Brown as the reason for her downfall. Despite both Houston and Brown maintaining their love for one another, Brown took a hit for Houston’s perceived demise. Since his reality series began airing, allowing him to tell his side of the story, Brown is reportedly feeling […]

Worker wounded in exchange of gunfire with Oakland burglars

OAKLAND — A West Oakland warehouse worker was wounded Thursday morning in a shootout with burglars trying to break into the building, authorities said Friday. The 21-year-old man was in stable condition with a gunshot wound to the shoulder. None of the burglars were apparently wounded; they fled before police arrived, leaving their vehicle behind, authorities […]

In return to spotlight, Ravens QB Lamar Jackson answers some questions — and raises others

At his first news conference in over five months, Ravens quarterback Lamar Jackson spoke for about 10 minutes. He took nearly 40 questions from reporters Thursday as a handful of Ravens officials, including team president Sashi Brown, looked on. He joked about his new restaurant’s name. He marveled at rookie center Tyler Linderbaum’s speed. And […]