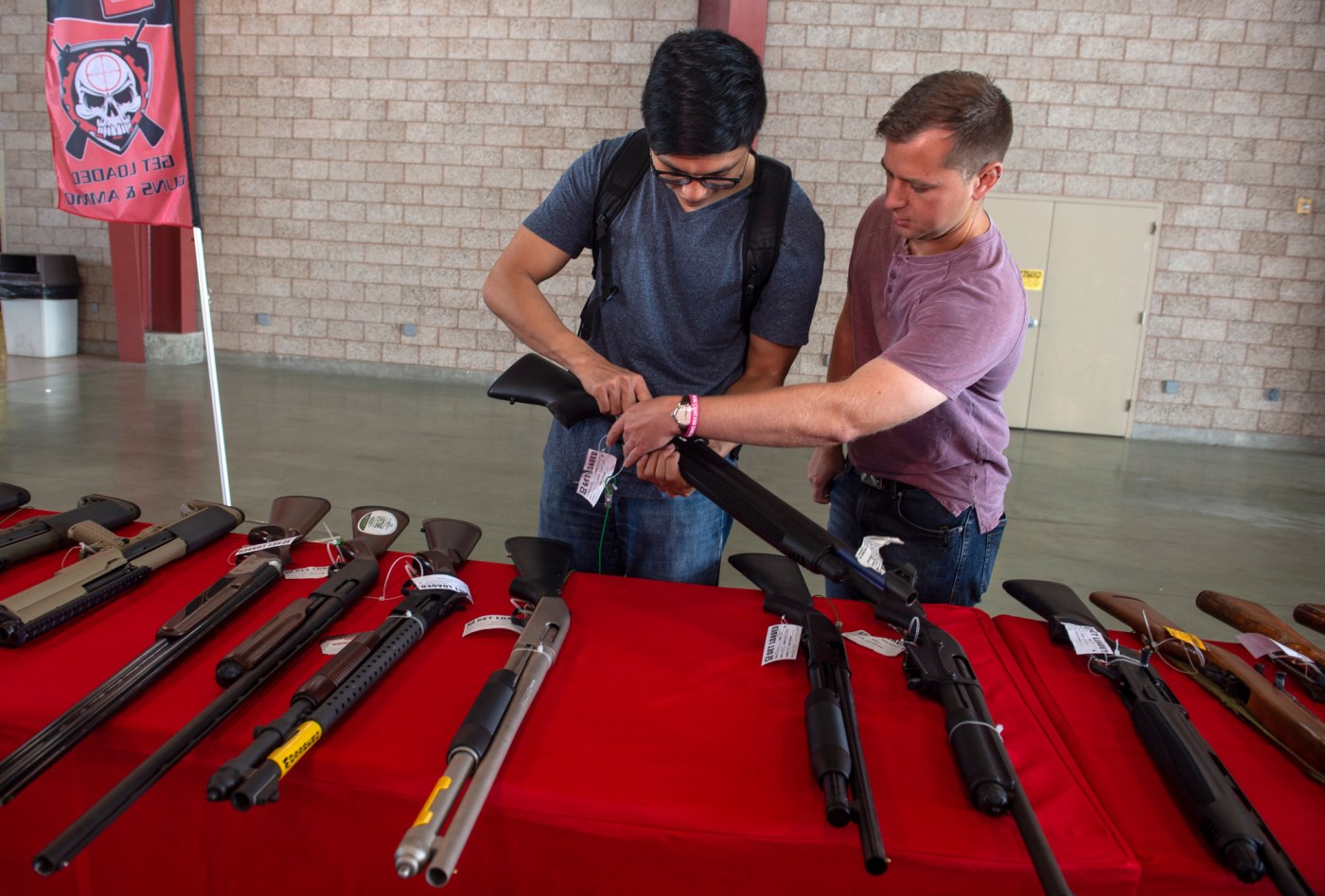 A popular gun show that’s been held at the OC Fair & Event Center since 1996 might have to find a new venue, if a bill from state Sen. Dave Min, D-Irvine, becomes law.

Min’s bill – which passed in the Senate June 1 and awaits consideration in the Assembly – would ban gun shows on state property, including state-owned fairgrounds.

That would put an end to the OC fairgrounds’ hosting of the Crossroads of the West Gun Show, a Utah-based business that typically has several shows per year in Orange County and has brought the fairgrounds more than $6 million in revenue over the past 25 years.

Crossroads also holds regular shows at the Ontario Convention Center and San Bernardino’s National Orange Show Event Center, but the legislation doesn’t affect those properties because they’re not owned by the state.

Min said in an interview that the idea for his bill was born in 2019, when mass shootings took place on two consecutive days in El Paso, Texas, and Dayton, Ohio. The day of the Dayton shooting, Aug. 4, Min ran a 5K race at the OC fairgrounds, where at the end of the race he was handed a number of promotional fliers – including one for an upcoming gun show.

He doesn’t believe property the state manages on behalf of taxpayers should be used to sell guns that in some cases get dispersed into the community, where they may contribute to gun violence and its incalculable social and financial costs, he said.

Min said members of his staff went to a recent gun show and were approached by people trying to sell them weapons before they even got inside the event, and the most popular booths at a show he attended were selling components that can be assembled to make a “ghost gun” that doesn’t have a serial number or require a background check.

“I just think this is a line-in-the-sand type of bill,” Min said. “It’s morally wrong for the state to be involved in this.”

Bob Templeton, whose family owns Crossroads of the West (he’s retired and his daughter is president of the business), said he wasn’t surprised by Min’s bill, but he thinks it could violate not only the Constitutional right to bear arms, but the right to freedom of assembly.

His family’s shows typically have six OC sheriff’s deputies on site, their operations are supervised by the federal Bureau of Alcohol, Tobacco and Firearms and the Department of Justice, and there have never been any serious complaints or legal violations in 35 years at the OC fairgrounds, Templeton said.

Crossroads offers educational seminars and gun safety training, he said, and firearms are only on display at the shows – buyers need to go through a background check and legal waiting period before they pick up their purchase from a licensed dealer.

Templeton has concerns about ghost gun parts being sold at his shows, but he said he’s been threatened with litigation if he didn’t allow those vendors – and he noted there’s another pending state …read more

KTVU off the air due to power outage

KTVU has been off the air for hours after a reported power outage. People who have been trying to watch the Fox affiliate this morning have been greeted with a blank screen or messages that the station is unavailable. Pam Cook, one of the anchors, just before 5 a.m. tweeted that “we’re having a power […]

By Julie Harte | Reuters WASHINGTON – The Oregon House of Representatives on Thursday night voted to expel one of its own members accused of coordinating with protesters to allow them into the state Capitol. Security footage cited by lawmakers showed Mike Nearman, a Republican, opening a locked side door to the Capitol while the […]

By Chris Boyette, Jay Croft and Hollie Silverman | CNN As the nation marked the fifth anniversary of the Pulse nightclub massacre in Orlando on Saturday, it has a staggering and grim new statistic to contend with for 2021. So far this year, we have suffered 272 mass shootings, according to Gun Violence Archive. From […]