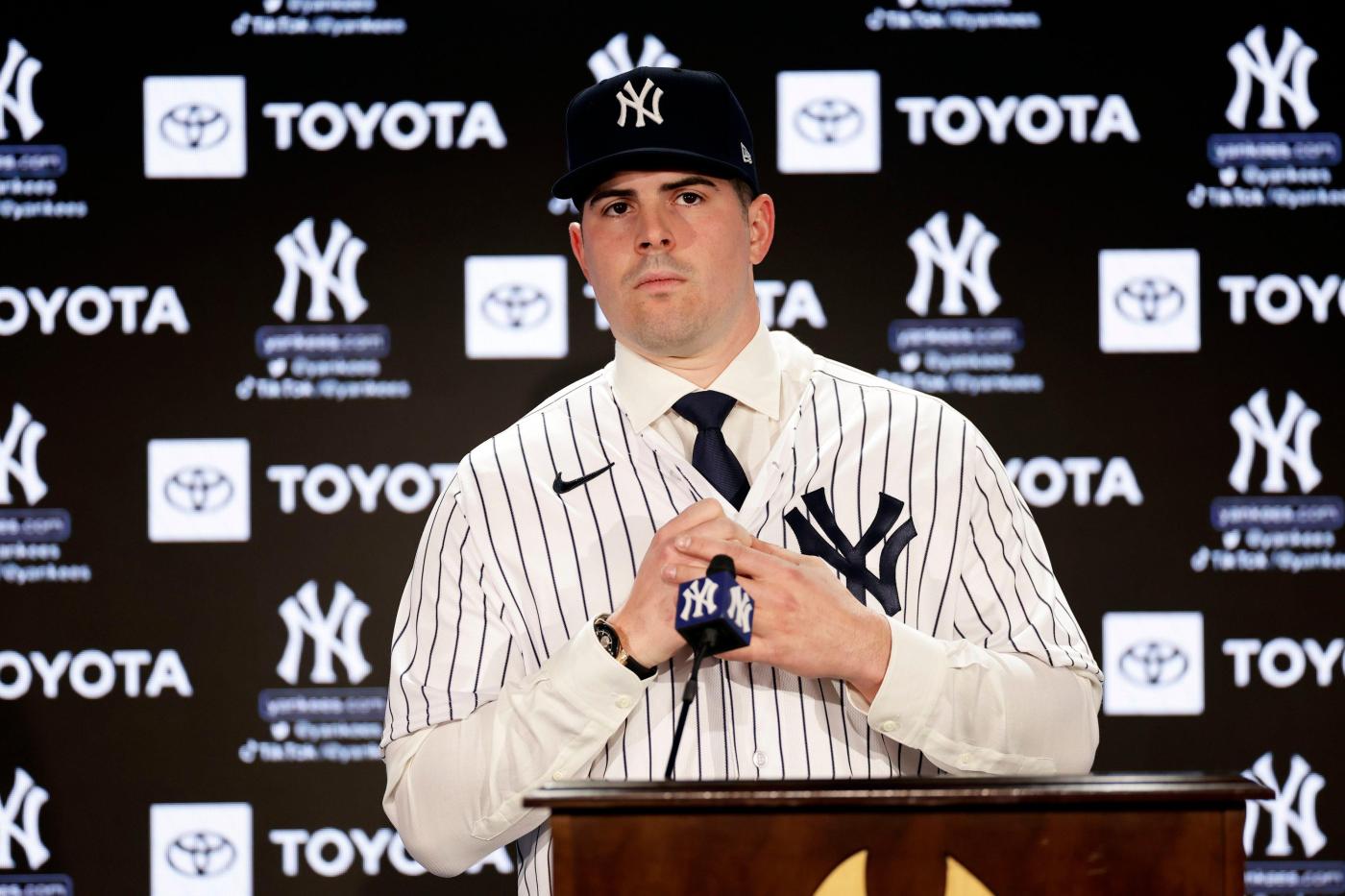 Spring training is right around the February corner and aside from signing Carlos Rodon for six years and $162 million, the Yankees have been pretty quiet on the home improvement front this offseason, content to have re-signed Aaron Judge and Anthony Rizzo while otherwise letting Steve Cohen grab the New York Hot Stove spotlight with his offseason outlay of over $500 million.

No addressing the primary need for an outfield bat once Andrew Benintendi went off the board and signed with the White Sox. No finding any takers for Aaron Hicks or Josh Donaldson, and other than the re-acquisition of much-traveled Tommy Kahnle for the bullpen and the curious trade of Lucas Luetge to the Braves for two marginal minor league prospects, Brian Cashman has seemed content to go with essentially the same cast of Yankees that struggled mightily in the postseason last year. Whatever issues that remain unresolved — shortstop, left field, third base, fifth starter now that Frankie Montas is hurt again — are apparently going to be subjects for spring training.

But you know what? The Rodon signing alone, giving them a starting rotation of four potential No. 1′s along with Gerrit Cole, Luis Severino and Nestor Cortes on any given day, in itself establishes the Yankees as heavy favorites to repeat as AL East champions. Another reason is none of their division rivals — especially the Rays, Orioles and Red Sox — have done anything to immeasurably improve their lot this offseason.

Let’s examine the AL East and who did the least this winter.

RAYS: One of the worst offensive teams in baseball last year, with the 12th most strikeouts and ranking 25th in homers, 23rd in OPS and 20th in runs, the Rays left the stage in ‘22 with one of the most pathetic postseason performances in history, combining for a .115 batting average in 84 plate appearances against the Guardians in the best-of-three playoff series including a numbing 29 strikeouts. Having jettisoned three of their highest-paid players, Kevin Kiermaier, Ji-Man Choi and Mike Zunino, owner Stu Sternberg had money to spend this winter but instead passed on all the free-agent outfielders and first basemen on the market. They still have plenty of prospect resources to make a trade this spring, but as of now the Rays appear to be counting on filling that missing bat void with injury comebacks from Wander Franco and Brandon Lowe — while once again winning a lot of low-scoring games with their seemingly endless parade of interchangeable relief pitchers.

ORIOLES: After their surprising renaissance 2022 season in which they finished over .500 for the first time in six years, GM Mike Elias declared it was now time for the Orioles to take the next step and “significantly escalate the payroll,” especially on quality veteran starting pitching and an established top flight shortstop, to become a legitimate playoff contender. He lied. Their only “significant” …read more

Tua Tagovailoa expected to be Dolphins’ starter next season

The Miami Dolphins are expected to have quarterback Tua Tagovailoa remain the team’s starter in the 2023 season. The team’s commitment to Tagovailoa was reported by ESPN on Sunday morning ahead of the Dolphins’ wild-card playoff game against the Buffalo Bills at Highmark Stadium. Tagovailoa missed the Dolphins’ first postseason game in six years as […]

Recapping the Chicago Bulls: Winning streak extended to 3 vs. Atlanta Hawks ahead of a 3-game trip vs. sub-.500 teams

The Chicago Bulls stayed streaky with a 111-100 win over the Atlanta Hawks on Monday at the United Center, their third consecutive victory bookending their Paris trip last week. After a rocky start to the season, the Bulls have climbed back to two games under .500. With a three-game trip against sub-.500 teams this week, […]

Long regarded as one of Hollywood’s genuine good men, Brendan Fraser saw a meteoric rise to fame in the late 1990s and early 2000s. During this time, Fraser starred in a true blockbuster franchise with The Mummy trilogy. And he was also lauded for roles in highly acclaimed dramas like The Quiet American and Gods […]