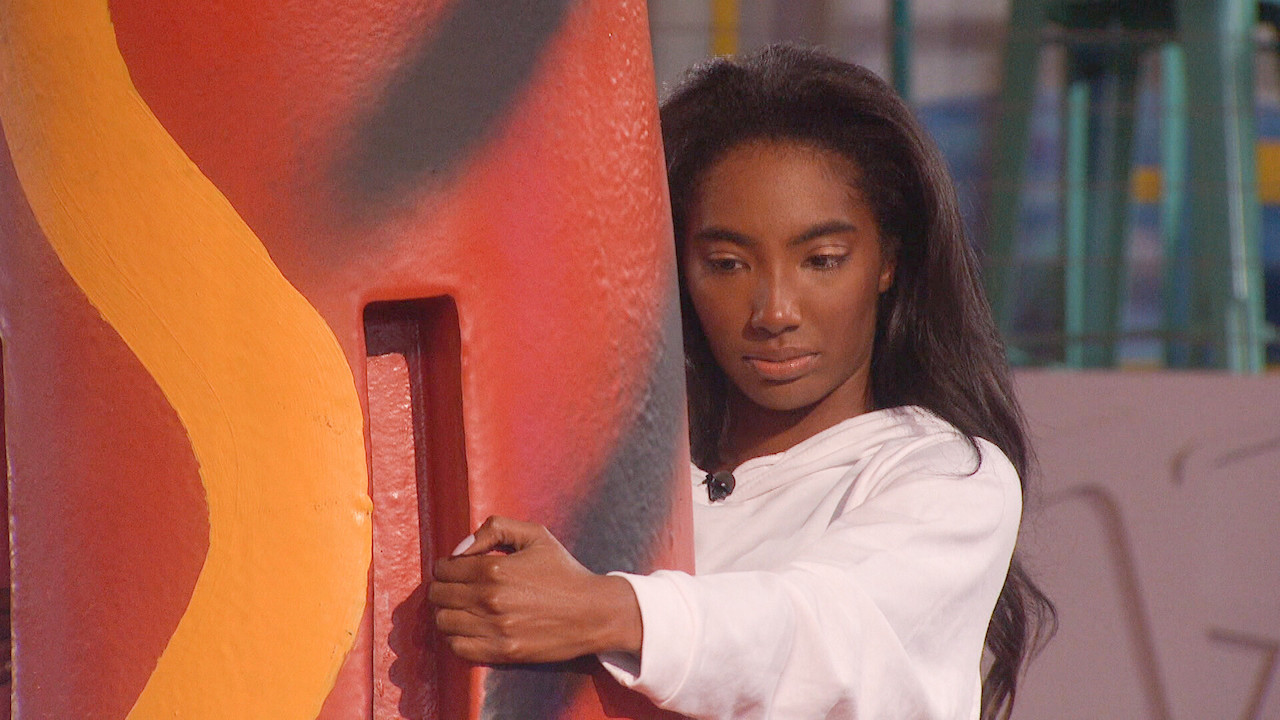 The pressure cooker didn’t return in the US version of Big Brother. But the show has brought back other endurance competitions.

Big Brother had some memorable competitions over the years. Taylor Hale calls for the pressure cooker to return, which might bring hope to it actually happening.

What is the ‘Big Brother’ pressure cooker challenge?

This was one of the seasons I binge watched before going in the #BB24 house and this particular moment made me laugh so hard I had to pause the show https://t.co/u1Qp06nQoy

RELATED: ‘Big Brother 24’: How Serious Are Taylor and Joseph? She Called Him Her ‘Forever Love’

Big Brother 6 showed houseguests competing for Head of Household with the pressure cooker challenge. They walked into a glass-locked box in the backyard. Everyone had to hold down a button.

Whoever held down the button the longest wins. In order to leave the box, three people had to let go of their button. After the three people leave, the door won’t open again until three more people release their buttons.

There is no eating, drinking, or bathroom breaks for people still in the game. When someone lets go of their button, they also have to open a box to find a surprise that could be a punishment or a prize. Julie Chen Moonves opened the first box, which released aggressive flies.

The competition lasted 14 hours and 37 minutes. At nine in the morning of the next day, Jennifer Vasquez was crowned HOH.

Many fans have called for the pressure cooker to return to no success. But Taylor joined them on Nov. 22.

She reacted to a fan who tweeted a video of Janelle Pierzina in the pressure cooker challenge opening a box to find Netflix. Houseguests immediately cheered. “This was one of the seasons I binge watched before going in the #BB24 house and this particular moment made me laugh so hard I had to pause the show,” Taylor revealed.

The Big Brother 24 winner asked fans who they thought would’ve won this comp during her season. “Bring back Pressure Cooker @CBSBigBrother,” she later tweeted. “I was really excited about Get Lit because it felt a *little* bit like pressure cooker,” Taylor added.

The pressure cooker didn’t return in the US version of Big Brother. But the show has brought back other endurance competitions.

The wall competition is a staple of the show. The winner of that competition gets HOH. Fans typically expect to see it when jury starts.

There is also the competition where houseguests have to hang onto a swinging rope. Paint might be thrown on them, and they might bump into obstacles along the way. But as long as houseguests hold on then, they’re still in the game. The record time of …read more

Pedestrian traffic along Santa Clara Street in downtown San Jose was cheek to jowl Thursday morning. That’s because thousands of people had cued up for the annual running of the Silicon Valley Turkey Trot. Sponsored by Applied Materials and started by the Silicon Valley Leadership Group Foundation, the event attracted more than 18,000 registrants this […]

Eric Dane | Eddy Chen/HBO Cal confronted his past in ‘Euphoria’ Season 2 Fans learned more about Cal’s backstory during the episode when the show flashed back to his teen years. It was revealed that during the summer before college, Cal and his best friend Derek started exploring their feelings for each other. The duo […]

By Andi Babineau and Alaa Elassar | CNN Yellowstone National Park officials have identified the person whose foot was found floating in one of the park’s deepest hot springs in August. Los Angeles resident Il Hun Ro, 70, was identified “in the last three weeks” using DNA analysis, the park said in a news release […]