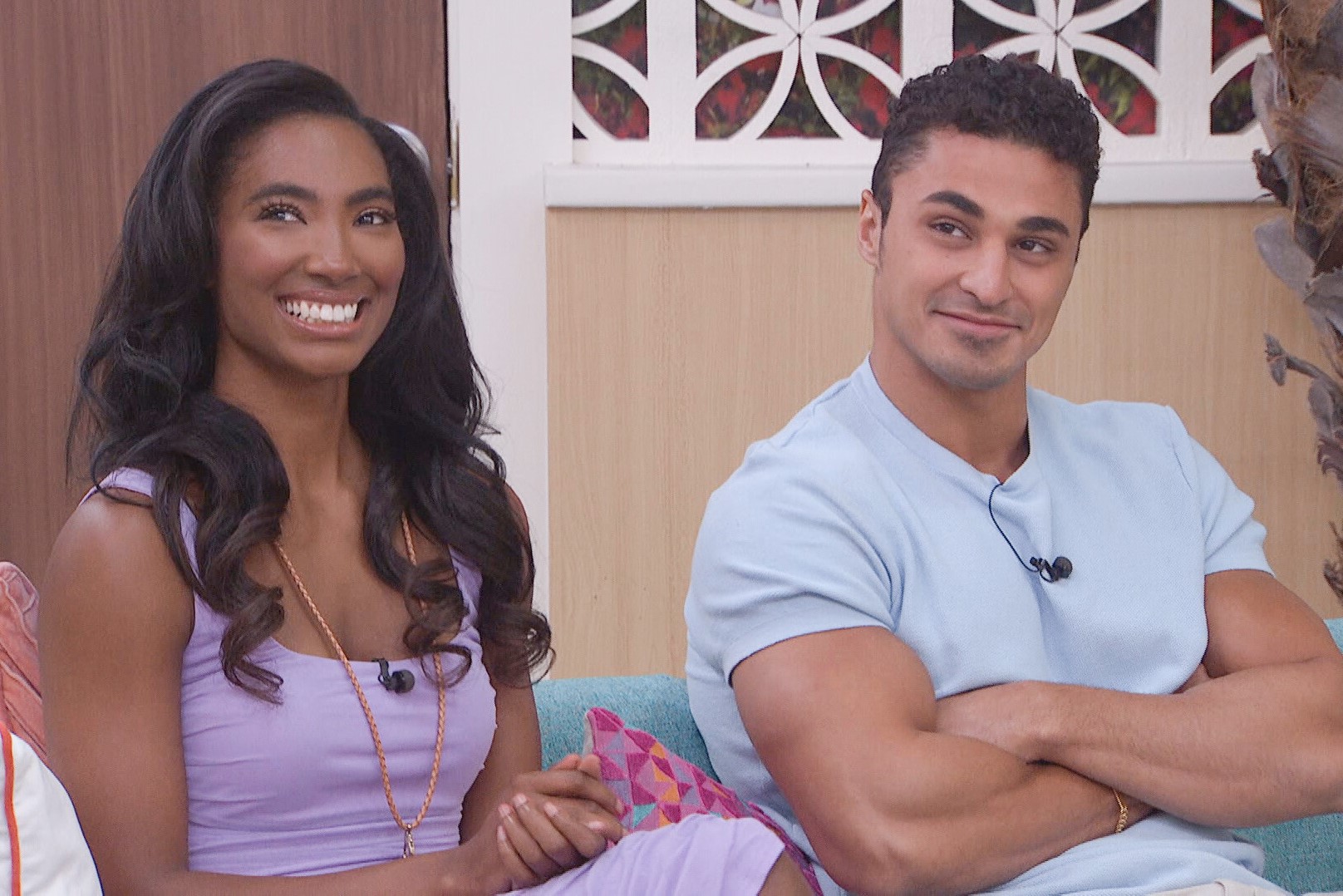 Big Brother 24 episodes left a lot out of what happened on live feeds. Taylor Hale reacts to her fauxmance with Joseph Abdin not being in the show.

Taylor and Joseph had a fauxmance on ‘Big Brother 24’

RELATED: ‘Big Brother’: Taylor Is Confused by the Double Eviction Ep, Now Knows Why ‘Non-Feeders’ Are Against Her Win

Some houseguests fear getting into a showmance because it could make them targets in the game. But Taylor saw the benefit in pretending to be in a showmance with Joseph in season 24.

That’s because most of the house was against her. They also made it an issue when she had friendly chats with Joseph, who was liked by everyone. So getting in a showmance gave them a cover to talk. It also did get some houseguests to ease up on Taylor.

Joseph ended the fauxmance, and Taylor seemed hurt but accepted this. Fans wondered if any of their flirty moments with each other were real. That answer came after the season. Joseph and Taylor are now officially a couple.

Truly bewildered the fauxmance didn’t make the cut too!

RELATED: ‘Big Brother’: Why Taylor Hale Is Against Food Competitions Returning to the Game

Taylor is watching the season back and publicly reacting on Twitter. She is surprised by what fans of the show didn’t see.

“I – Shield/Sword – Face/Heart didn’t make the show? How Sway???” she asked on Nov. 24. The winner then tweeted, “Truly bewildered the fauxmance didn’t make the cut too!”

The episodes focus on the other connections in the house, like Alyssa Snider and Kyle Capener, who were a couple. Then Taylor and Monte Taylor became close at the very end of the season before deciding they weren’t a good fit.

Joseph regularly told Taylor she wasn’t a shield of The Leftovers but a sword. The only time you hear this comment in the show is in episode 9.

Joseph gives a motivational speech to The Leftovers. “It’s hard to be that strong and people not get intimidated. Just because you’re strong is no grounds for us to test how strong you are,” he said.

“You’re not a shield,” the lawyer added. “You’re part of this alliance. Everyone’s part of it. This was built together.”

On the live feeds, Taylor talked a lot about what these words meant to her. She even talked about possibly getting a tattoo inspired by them. She then incorporated it into her finale speech for the jury.

“I have overcome so much in this game, and I have come to understand that I am not a shield, I am a sword,” she said. “I am not a victim I am a victor. And if there is one word that is going to describe the entire season, it …read more

Pitts: We can say this about the election: Democracy survived

I have never seen America. Yes, like Bruce Springsteen, I was born in the U.S.A. But, as I’ve argued before, America is less a place than a set of democratic ideals: equality, self-governance, the rule of law, freedom of speech, freedom of protest, liberty and justice for all. America is a vision that Americans have […]

‘The Office’: One Rarely Discussed Detail About Holly Flax You Might Have Missed

According to an author who worked closely with Princess Diana to write a bombshell biography in the ’90s, there are notable differences between the marriages of King Charles III and Diana and Prince Harry and Meghan Markle. Though some comparisons have been made between the two couples, Andrew Morton named two areas of significant contrast. […]