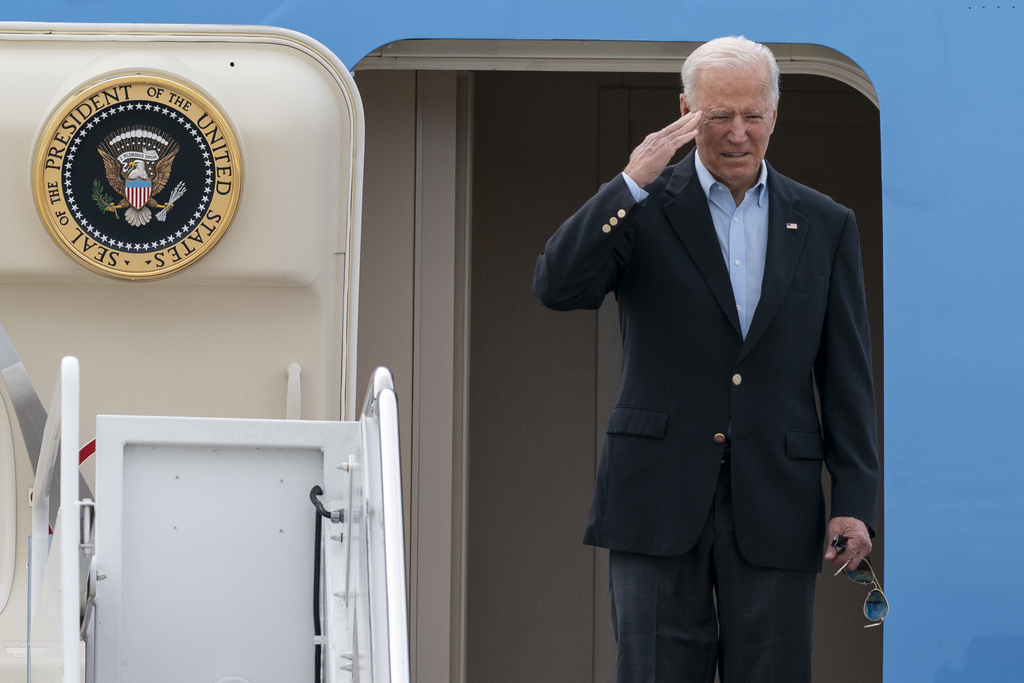 WASHINGTON — Embarking on the first overseas trip of his term, President Joe Biden is eager to reassert the United States on the world stage, steadying European allies deeply shaken by his predecessor and pushing democracy as the only bulwark to rising forces of authoritarianism.

Biden has set the stakes for his eight-day trip in sweeping terms, believing the West must publicly demonstrate it can compete economically with China as the world emerges from the coronavirus pandemic.

Before boarding Air Force One for Wednesday’s flight, Biden told reporters the trip is about making clear to the leaders of China and Russia that the United States and Europe “are tight.”

Building toward his trip-ending summit with Russian President Vladimir Putin, Biden will aim to reassure European capitals that the United States can once again be counted on as a dependable partner to thwart Moscow’s aggression both on their eastern front and their internet battlefields.

The trip will be far more about messaging than specific actions or deals. And the paramount priority for Biden is to convince the world that his Democratic administration is not just a fleeting deviation in the trajectory of an American foreign policy that many allies fear irrevocably drifted toward a more transactional outlook under former President Donald Trump.

“The trip, at its core, will advance the fundamental thrust of Joe Biden’s foreign policy,” said national security adviser Jake Sullivan, “to rally the world’s democracies to tackle the great challenges of our time.”

In their face-to-face sit-down in Geneva, Biden wants to privately pressure Putin to end myriad provocations, including cybersecurity attacks on American businesses by Russian-based hackers, the jailing of opposition leader Alexei Navalny and repeated overt and covert efforts by the Kremlin to interfere in U.S. elections.

Biden is also looking to rally allies on their COVID-19 response and to urge them to coalesce around a strategy to check emerging economic and national security competitor China even as the U.S. expresses concern about Europe’s economic links to Moscow. Biden also wants to nudge outlying allies, including Australia, to make more aggressive commitments to the worldwide effort to curb global warming.

The week-plus journey is a big moment for Biden, who traveled the world for decades as vice president and as chair of the Senate Foreign Relations Committee and will now step off Air Force One onto international soil as commander in chief. He will face world leaders still grappling with the virus and rattled by four years of Trump’s inward-looking foreign policy and moves that strained longtime alliances as the Republican former president made overtures to strongmen.

“In this moment of global uncertainty, as the world still grapples with a once-in-a-century pandemic,” Biden wrote in a Washington Post op-ed previewing his diplomatic efforts, “this trip is about realizing America’s renewed commitment to our allies and partners, and demonstrating the capacity of democracies to both meet the challenges and deter the threats of this new age.”

The president first travels to Britain for …read more

When U.S. District Judge Roger T. Benitez wrote the very first sentence in his 94-page bombshell ruling that late last week struck down California’s decades-old ban on military-style “assault weapons,” he wasted no time setting the tone that has endeared him to gun rights advocates and infuriated critics like Gov. Gavin Newsom. “Like the Swiss […]

Watch: Next round of winners drawn for California vaccine lottery, June 11

California Gov. Gavin Newsom will select the next 15 winners in the $116.5 million Vax for the Win program at 10:30 a.m. PT. Each winner will receive $50,000, and on June 15, 10 additional Californians will be selected to receive $1.5 million each. Winners will be identified by anonymous number and county, and they will […]