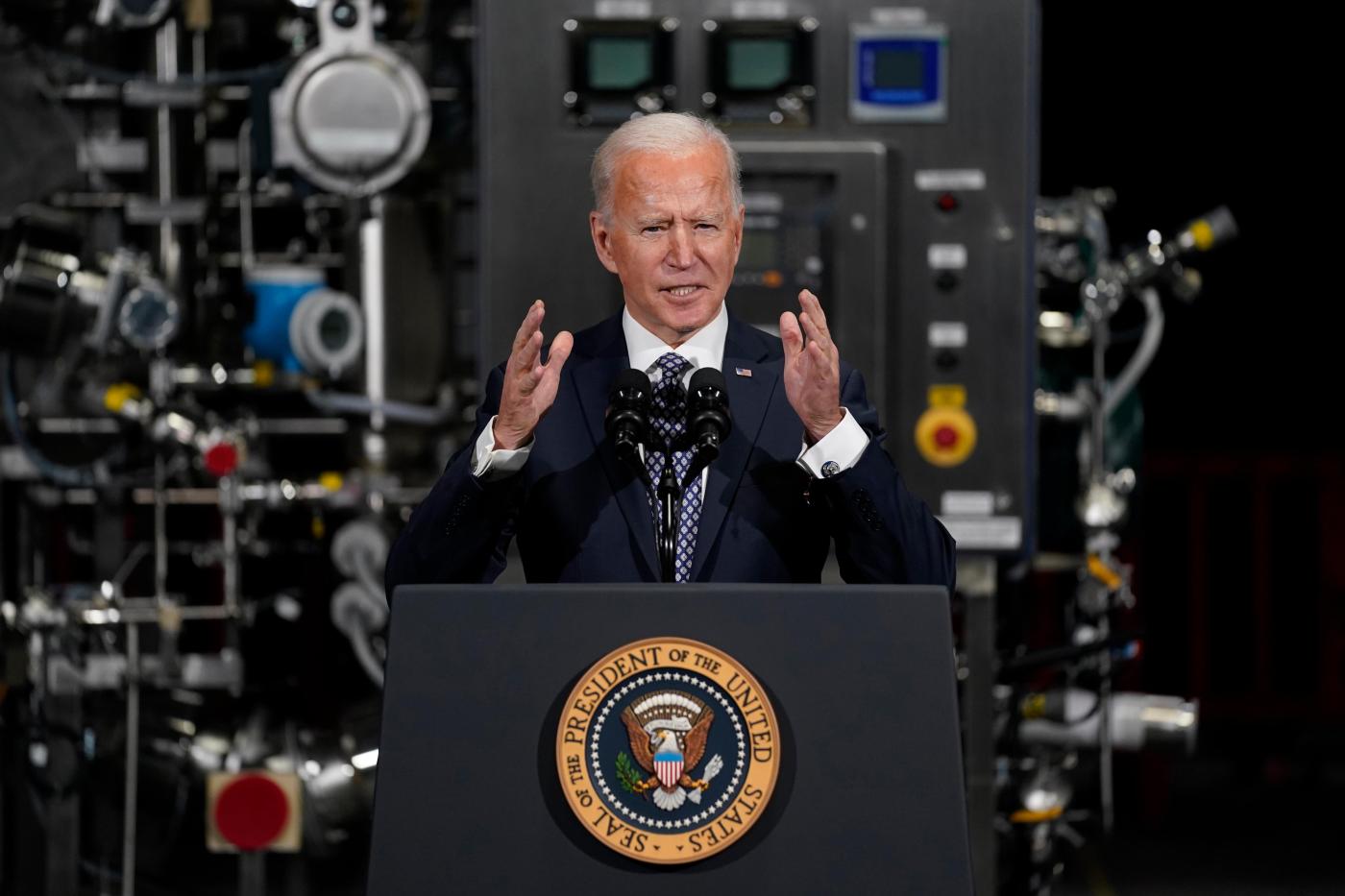 WASHINGTON — It sounded so ambitious at first blush: 100 million vaccination shots in 100 days.

Now, one month into his presidency, Joe Biden is on a glide path to attain that goal and pitching well beyond it to the far more ambitious and daunting mission of vaccinating all eligible adults against the coronavirus by the end of the summer.

Limited supply of the two approved COVID-19 vaccines has hampered the pace of vaccinations — and that was before extreme winter weather delayed the delivery of about 6 million doses this past week. But the United States is on the verge of a supply breakthrough as manufacturing ramps up and with the expectation of a third vaccine becoming available in the coming weeks.

That means the act of delivering injections will soon be the dominant constraint, and it’s prompting the Biden administration to push to dramatically expand the universe of those who will deliver injections and where Americans will meet them to get their shots.

“It’s one thing to have the vaccine, and it’s very different to get it in someone’s arms,” Biden said Friday as he toured Pfizer’s manufacturing plant in Portage, Michigan. The company is set to double its pace of vaccine deliveries in the coming weeks.

Since their approval in December, more than 75 million doses of the two-shot-regimen Moderna and Pfizer vaccines have been distributed, of which 63 million have been injected, reaching 13% of Americans. Nearly 45 million of those doses have been administered since Biden’s inauguration on Jan. 20.

The pace of deliveries of those vaccines is about to take off. About 145 million doses are set for delivery in the next 5 1/2 weeks, with an additional 200 million expected by the end of May and a further 200 million by the end of July.

That’s before the anticipated approval by the Food and Drug Administration for emergency use of a third vaccine, from Johnson & Johnson. The single-dose J&J vaccine is expected to help speed the path to immunity and requires half the vaccination resources of the two-shot regimens. But there is no massive stockpile of J&J doses ready to roll out on Day One.

“We’re going to be starting with only a few million in inventory,” White House COVID-19 coordinator Jeff Zients said this past week. Still, when combined with the anticipated increases in the other vaccines, the J&J doses could prove the pivotal advance in delivering enough shots for nearly all American adults by the end of June, at least a month earlier than currently anticipated.

The daily inoculation average climbed to 1.7 million shots per day last week, but as many as double that number of doses are soon expected to be available on average each day. The focus of Biden’s team is now quickly shifting to ensuring those doses can get used, though the administration has resisted the calls of some health experts to publicly set a “moonshot” target for how many daily doses it hopes to deliver.

One of Justin Fields’ summer-school teachers four years ago: Kyle Shanahan. They worked together in Thousand Oaks as part of a private camp, the QB Collective, which annually includes several other NFL coaches, as well as Shanahan’s father, Mike. What makes Fields an ideal fit now for Shanahan’s 49ers offense that’s primarily featured pocket passers? […]

By Kate Chappell | Reuters KINGSTON – Bunny Wailer, the legendary Jamaican reggae singer who founded the Wailers with Bob Marley and Peter Tosh and was the last surviving founding member, has died at a hospital after suffering a stroke. He was 73. “This is a great loss for Jamaica and for Reggae,” said Jamaican […]

Taste-Off: The best tahini — and the worst

Anyone who has bought a jar of tahini for a recipe and let the remainder sit in the fridge for a year or more, raise your hand. Don’t feel bad. That’s what happens when you’re not quite sure how to use it. Even though tahini has been around for two centuries — and is a […]