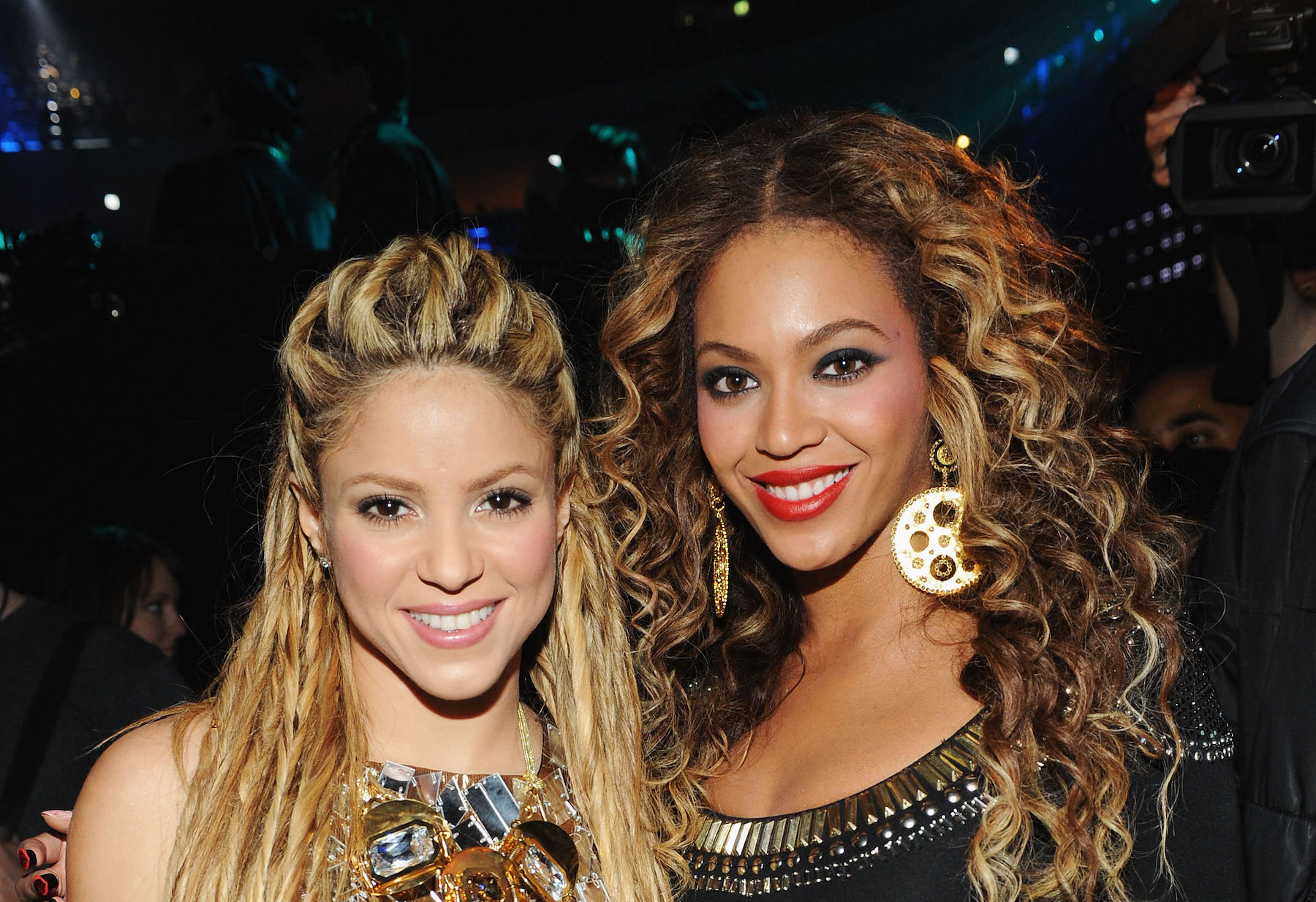 In the mid-2000s, Beyoncé and Shakira were two of the biggest pop stars in the world, with No. 1 hit singles to their name such as “Baby Boy” and “Hips Don’t Lie.”

Beyoncé‘s performance at the grand opening of Atlantis The Royal resort in Dubai was a highly-anticipated event by Beyoncé fans around the world, despite the exclusive concert being invite-only. During the show, fans captured snippets of the show (which had a no-phone policy) and the various songs Beyoncé performed. One of them, her 2006 collab with Shakira, “Beautiful Liar,” was brought out of retirement from Beyoncé’s set lists.

In the mid-2000s, Beyoncé and Shakira were two of the biggest pop stars in the world, with No. 1 hit singles to their name such as “Baby Boy” and “Hips Don’t Lie.” On her birthday in 2006, Beyoncé released her sophomore album B’Day. The LP contained songs that became smash hit singles, including “Déjà Vu,” “Ring the Alarm,” “Irreplaceable,” “Beautiful Liar,” “Get Me Bodied,” and “Green Light.”

“Beautiful Liar” was produced by pop production duo Stargate, who has been behind hit songs for artists including Michael Jackson, Janet Jackson, Mariah Carey,  Lionel Richie, Britney Spears, and Rihanna. The song was released as a single from B’Day in early 2007 and went on to peak at No. 3 on the Billboard Hot 100 chart.

“Beautiful Liar” became a part of Beyoncé’s set list on her 2007 world tour, The Beyoncé Experience. Beyoncé has only performed the song live on TV once, and Shakira has never included it in her live performances throughout the years since its release.

For her special concert at Dubai’s Atlantis The Royal hotel, Beyoncé brought back “Beautiful Liar” for a mesmerizing performance of her 2007 hit. According to setlist.fm, it was the first time since 2011 that Beyoncé has performed the song. Her last time singing “Beautiful Liar” live, according to setlist.fm, was on the 4 promo tour in Paris in June 2011.

“Beautiful Liar” wasn’t the only song from B’Day that Beyoncé performed in Dubai. She also performed “Flaws and All,” marking the first time since 2013 that she performed the B’Day deep cut live.

Beyoncé’s Dubai show came six months after the release of her acclaimed seventh studio album, Renaissance. Rather than support the album with visuals or other media, Beyoncé has kept her plans for the album a secret. She didn’t even perform any songs from …read more

Chris Perkins: Dolphins must go for it. Now. And that might mean taking some risks

Injuries to key players were the norm for the Miami Dolphins in 2022. And you know what? The injury situation might not improve in 2023. Just as it happened this season, there’s a chance quarterback Tua Tagovailoa, Pro Bowl left tackle Terron Armstead, Pro Bowl cornerback Xavien Howard, edge rusher Bradley Chubb and running back […]

The 10 most expensive reported home sales in Oakland the week of Jan. 23

Following the release of Prince Harry and Meghan Markle’s Netflix docuseries, many fans wondered if the royal family would respond to any of the claims the Sussexes made about them, but they remained silent. Then with the release of the Duke of Sussex’s memoir Spare, fans waited again to see if there would be a […]