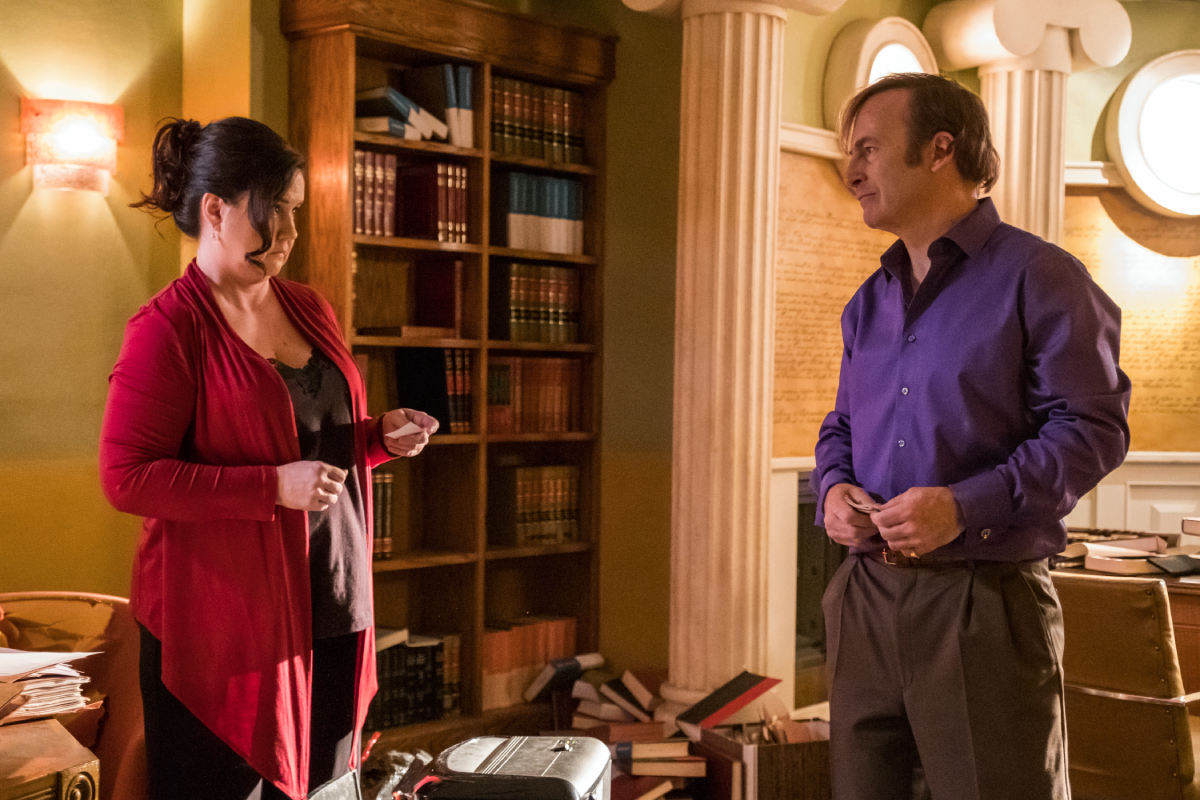 The most recent episode of Better Call Saul Season 6, titled

In Better Call Saul Season 6 Episode 11, Gene makes a call to Francesca via payphone. He pays her to update him on the state of things in Albuquerque since he disappeared. The call was planned out far in advance to avoid detection by the police. Here’s how Saul pulled it off.

The most recent episode of Better Call Saul Season 6, titled “Breaking Bad,” bounces back and forth between the Gene Takovic and Saul Goodman timelines. In the Gene timeline, Francesca drives to a payphone next to a run-down gas station and answers a call from Gene.

Francesca updates Gene on the state of things in Albuquerque, but not before receiving payment. Gene instructs her to turn right and walk until she finds a piece of concrete shaped like New Jersey. Underneath the piece of concrete is a soda can tab attached to a piece of the fishing line The string leads to a water line, inside of which Gene previously stuffed a bag of cash.

Better Call Saul fans may have forgotten that this phone call between Gene and Francesca was set up in a scene from season 4. A flash forward in season 4, episode 5, shows Francesca and Saul destroying the last of their evidence before Saul heads into hiding.

Before he leaves, Saul tells Francesca, “And where are you gonna be November 12 at 3:00 p.m.?” Francesca responds, “I’ll be there, but if it doesn’t ring at 3 on the dot, I’m gone,” she responds. True to her word, Francesca shows up. When the clock changes to 3:01 p.m., she prepares to drive away, then the phone rings.

During an episode of the Better Call Saul Insider podcast, former Better Call Saul editor Kelley Dixon asked writer Thomas Schnauz when Saul put the money in the pipe. “It’s been less than a year since the episode ‘Quite a Ride,’ where we did our first flash forward to the Saul years, and he makes Francesca promise to call him on a certain day,” Schnauz said.

“He puts this money in place with the phone — he knows where the phone is — he hides the money, so it’s been there for eight months or however long it’s been.” Dixon also asked how Saul managed to shove the cash so far up the pipe. “A very large stick,” Schnauz joked. “Just took a big broom handle and pushed and pushed …read more

Meryl Streep attends the premiere of the movie ‘Julie & Julia’ presented at the 4th edition of the Rome International Film Festival. | Alessandra Benedetti/Corbis via Getty Images Whether in a prestige movie or a light comedy, Streep puts a Meryl Streep’s illustrious career is full of performances that most actors would dream of. But […]

Tevin Jenkins’ mysterious absence from Chicago Bears training camp practices reached the one-week mark Wednesday with the second-year offensive tackle missing his sixth consecutive practice. The Bears continue to say Jenkins is dealing with an injury without offering even a sliver of additional detail. And when Bears coach Matt Eberflus was pressed about whether Jenkins […]

The next time the Oakland A’s are competing for a playoff berth, left-handed pitcher Ken Waldichuk could be the ace leading the postseason push. Waldichuk, who pitched in college at Saint Mary’s in Moraga, was the headliner of the prospect package the A’s received in return for sending starter Frankie Montas and reliever Lou Trivino […]