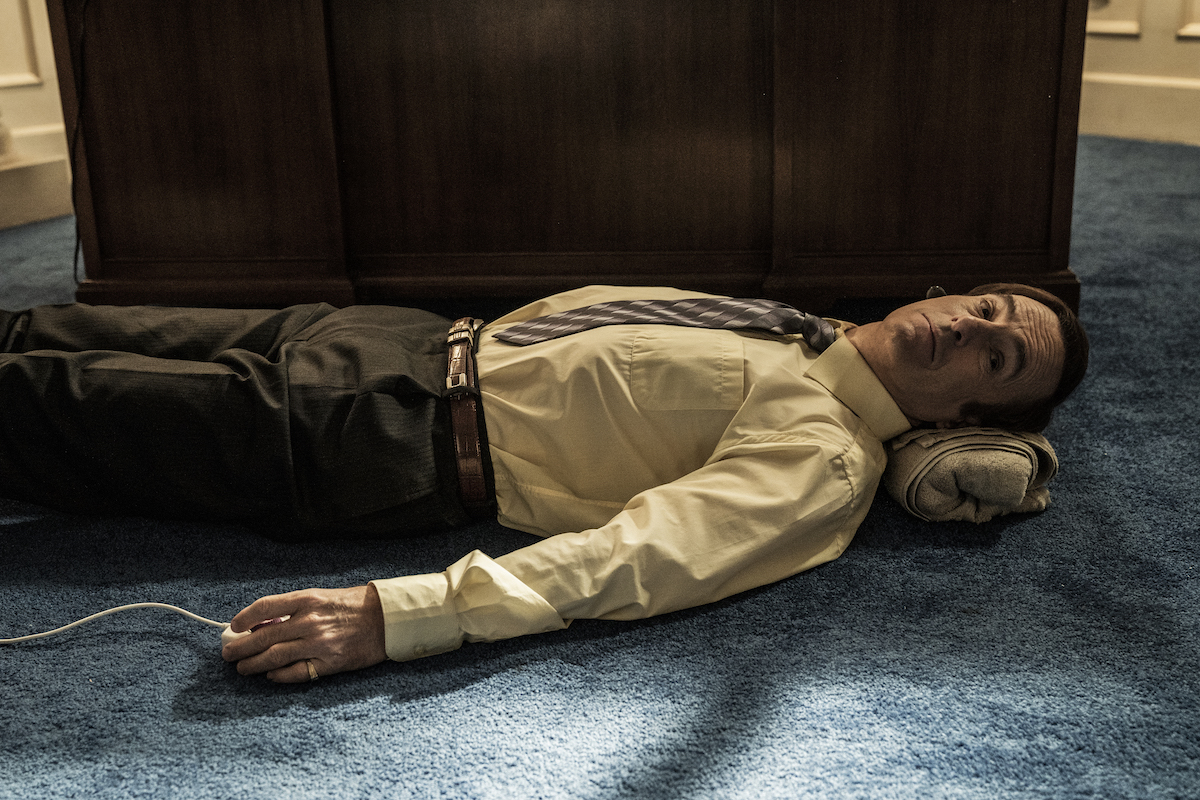 Thomas Schnauz wrote and directed “Breaking Bad.” He was a guest on the Better Call Saul Insider podcast on Aug. 2 and explained the nuances of how the prequel reframed his Breaking Bad introduction. Better Call Saul Season 6 airs Mondays at 9 p.m. on AMC.

Schnauz joked that everyone can stop asking when Walter White (Bryan Cranston) and Jesse Pinkman (Aaron Paul) will be on Better Call Saul. Now they’ve appeared but it wasn’t the first idea they had.

“Every season we talked about how do we get Walt and Jesse into the show,” Schnauz said on Better Call Saul Insider. “Every character from the universe, we talked about and those are our two most important characters, Walt and Jesse. We kept throwing stuff at the wall and this is the one that finally stuck. We talked about the moment post kidnapping, in between the kidnapping and returning Saul back to his office so he gets the Jimmy In-’N-Out scam going. So we were filling in the gap between what happened between those two moments. It just seemed like a prime opportunity to also address the Lalo of it.”

“That makes you… you’re Heisenberg.” #BetterCallSaul

“We had this Lalo question hanging in the air,” Schnauz said. “In Breaking Bad he says, ‘Lalo didn’t send you? It wasn’t Lalo?’ It just felt like a good moment to touch on this horrible thing that happened in his history that he had suppressed so much. But the hood over his head brought him all back and he had that flashback to begging to Lalo, ‘No, no, it wasn’t me. It was Ignacio, I swear.’ He had a moment of PTSD there that he had to address.”

The new scene came when Walt and Jesse’s RV stalls. They have time to kill so Jesse asks about Lalo.

“Then once he realized it was only Brandon Mayhew’s uncle and his friend, he came back to reality,” …read more

Sydney Sweeney Doesn’t Sleep: ‘I Can’t Get My Mind to Shut Up’

Sydney Sweeney | Arturo Holmes/FilmMagic Sydney Sweeney has packed her schedule with TV shows and movies Currently, Sweeney is in Boston filming her latest movie, Sydney Sweeney has a pretty grueling schedule. The actor has been seemingly working nonstop since 2018 and gaining momentum with each passing year. She’s starred in hit TV shows like […]

Rudy’s Can’t Fail Cafe has ended its run in Emeryville after 20 years. “With a heavy heart, the ownership … has decided to permanently close operations, effective immediately,” said Monday’s Instagram and website post, which offered no insight into the reasons behind the decision. “Thank you to all of our amazing staff, customers and community […]