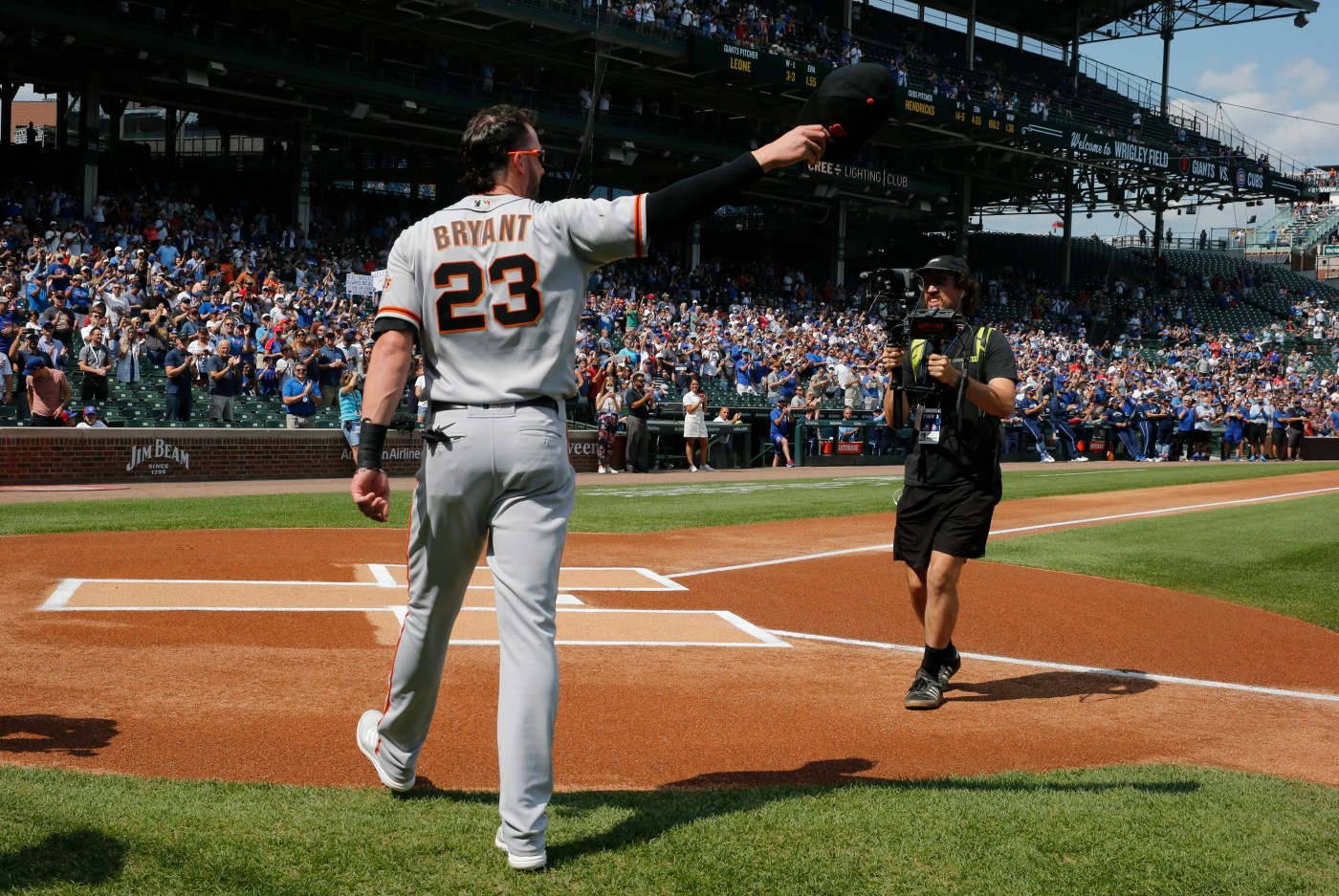 CHICAGO — After Brandon Belt buttoned up his gray road jersey on Friday at Wrigley Field, the Giants first baseman added an unusual accessory.

Multiple pieces of black electrical tape where used to create a “C” where a captain’s patch would typically be stitched on a uniform, which was an unusual sight for a Giants team that hasn’t had an official team captain since Darrell Evans and Jack Clark in the 1980s.

It’s possible the makeshift “C,” was placed as a joke, but Belt performed as if he was trying to make it a permanent fixture on his uniform in the Giants’ 6-1 win over the Cubs on Friday at Wrigley Field.

The victory marked the fifth in a row for a Giants team that has now had seven different five-game win streaks during a 2021 season in which the club’s longest losing streak is four games. It also ensured the Giants (91-50) would remain at least 2.5 games ahead of the second-place Dodgers at the end of play Friday and kept them three games ahead of Los Angeles (88-53) in the loss column.

As Kris Bryant returns to face Cubs, SF Giants have made a strong impression

With two walks, a double, and a two-run home run, Belt stole the show during Kris Bryant’s highly anticipated return to Wrigley Field as the first baseman kicked off the game-tying sixth-inning rally before hitting an opposite-field home run to wrap up a four-run seventh-inning rally.

Bryant, who was traded from Chicago to San Francisco on July 30, spent the first seven years of his career with the Cubs and was honored during a pregame ceremony with a video tribute and a standing ovation. The four-time All-Star became emotional as he wiped away tears while acknowledging the local fan base, but when the game started, he wasn’t much of a factor in the outcome.

Bryant started in left field Friday so the Giants could have Evan Longoria play third base and the move paid off for manager Gabe Kapler when Longoria drilled a go-ahead two-run home run in the seventh inning off reliever Trevor Megill.

The 421-foot shot into the left field bleachers preceded Belt’s 366-foot homer, which landed in the netting above the ivy hovering behind the left field wall.

SAN JOSE — An undercover San Jose police officer has been cleared of criminal liability after he shot and killed Demetrius Stanley on Memorial Day night after Stanley approached his unmarked car with a gun in his hand, seemingly unaware he was confronting police who were conducting surveillance on him. A report released Thursday from […]

Make this Corn and Lemongrass Soup with Thai Basil immediately

Run to your farmers market to snatch up the last of the season’s corn for this creamy soup that is equally delicious warm or chilled. The sweet corn paired with zingy lemongrass and topped with subtly curried corn kernels and Thai basil comes together in a way that is all at once comforting and yet […]

LeBron James | Jason Miller/Getty Images In the summer of 2018, LeBron James opened up a school called the I Promise School LeBron James is undoubtedly one of the greatest basketball players of all time. People are always comparing him and another legend, Michael Jordan. ‘King James’ is the only player in NBA history to […]