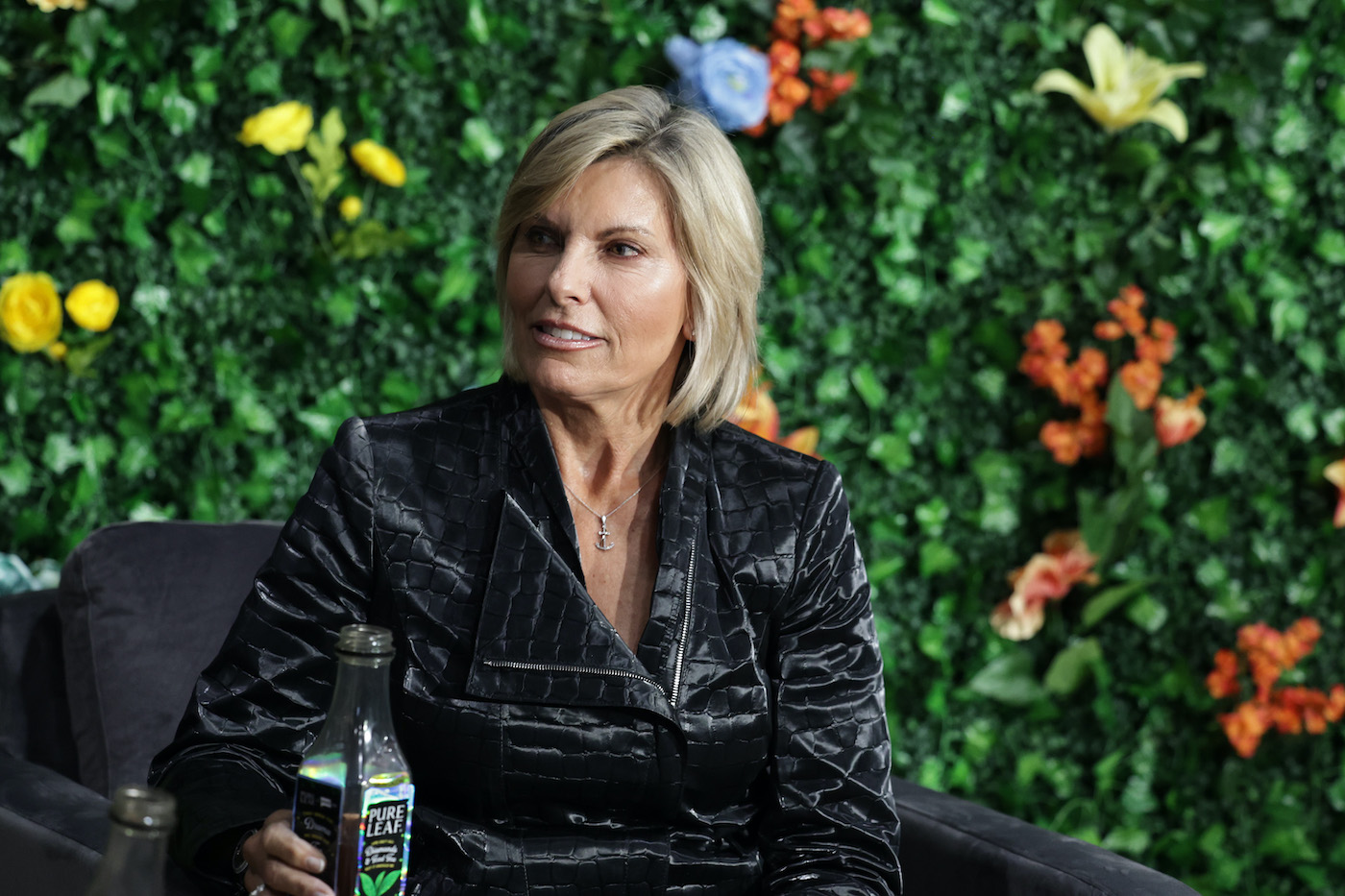 Captain Sandy has spoken about challenges in the industry and how being a woman captain meant she had to work harder. In fact, when she joined

Below Deck offered a small glimpse of what Captain Sandy Yawn deals with being a female captain in a male-dominated profession.

Deckhand Ben Willoughby had to wake Captain Sandy when a neighboring yacht suggested they move due to fears their anchors might drag in the middle of the night. While the wind posed no immediate threat the male captain from the neighboring insisted that Captain Sandy move her vessel.

She stood her ground. “Yeah, I understand,” she radioed the other captain. “We are not moving. We’re staying here. We have guests on board as well. And we’ll be standing by.”

The male captain expressed his disappointment. But Captain Sandy said his position was par for the course. “Being a female in this industry, I’ve always had the challenges of men,” she explained in a confessional. “Yes, I’ve had a lot of men support me. But this is a very clear case of mansplaining.”

Captain Sandy told Ben if the winds picked up they will start their engines and maneuver. Of course, the evening proved to be a total nothing burger. No one needed to move and the winds remained below 6 knots.

Captain Sandy has spoken about challenges in the industry and how being a woman captain meant she had to work harder. In fact, when she joined Below Deck Mediterranean Season 2, chef Adam Glick asked if she was the first mate. Without skipping a beat, she told him she was the captain of the vessel.

He then joked that he thought she was the chief stew. “Female captains are rare,” she said in a Below Deck Med Season 2 confessional. “So this happens often. People have a hard time thinking that a female could actually drive a boat, which I find funny.”

Captain Sandy is confident in her skills and training

She shared that she’d been a yacht captain for close to 30 years and “boated from the Bahamas, New England, Western Med, Eastern Med, Red Sea, Persian Gulf.”

Captain Sandy recounted being treated like a second-class citizen – even as the captain – with her male crew while navigating the Red Sea. “There was no eye contact or chit chat with me as there was with my male crew,” she wrote in her book “Be the Calm or Be the Storm: Leadership Lessons from a Woman at the Helm.”

“I was used to being a rarity in my industry, confident in my training and skills, I refused to take it personally,” she reflected.

Later in her book, Captain Sandy recalled how male captains seem to get a faster response than women captains when they radio with a question. “It annoyed me,” she admitted. Her goal is to bring more women to the maritime industry to hopefully, someday eradicate gender bias.

Captain Sandy’s presence on Below Deck has

Harriette Cole: I suspect my boyfriend is gay, because he’s irritated by women

DEAR HARRIETTE: I’ve been dating this guy for a while, and I can’t shake the feeling that he might be gay. There is something about his mannerisms and demeanor that stick out to me in a different way than the other heterosexual men I’ve dated in the past. He’s kind, considerate and very thoughtful, but […]

Tammy Wynette | Andrew Putler/Redferns Tammy Wynette helped create a space for women in country music Having finalized her first divorce before she was 23, Wynette was a mother of three young daughters by the time she arrived in Nashville, Tennessee, with hopes for a music career. Her third daughter developed spinal meningitis, and she […]

Growing up in Atlanta, Korean-American food writer Eric Kim relished the piping-hot platters of crispy bulgogi — thinly sliced beef, marinated then grilled — at holiday gatherings, including Seollal, or the Korean Lunar New Year. This recipe, a nod to the “deep and passionate fan base” for lemon pepper in his hometown, is featured in […]