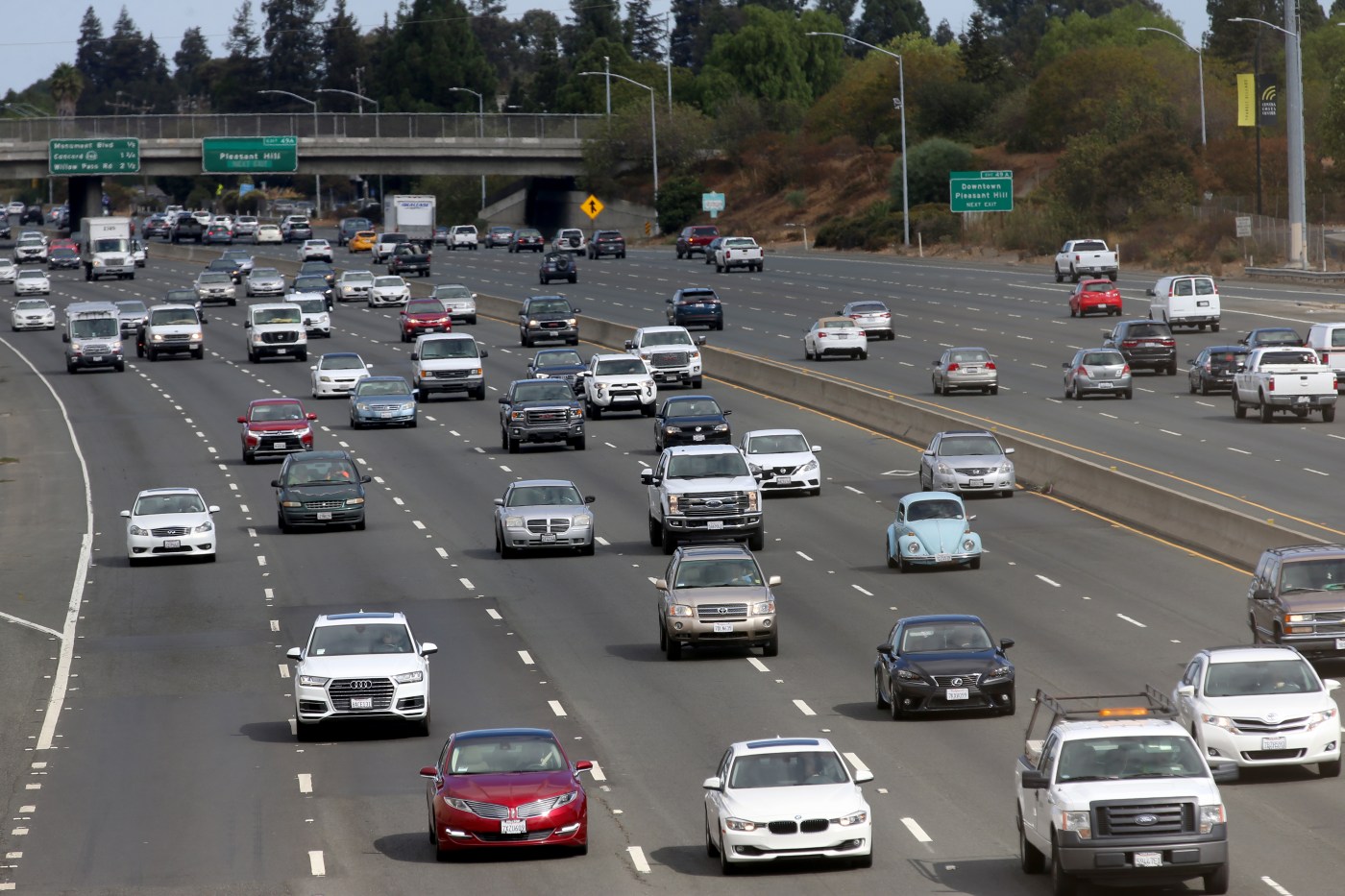 MARTINEZ — Two years to the day after she allegedly crashed her boyfriend’s Dodge Challenger while traveling at an estimated 154 miles per hour, killing her male passenger, a Bay Point woman has been arrested on manslaughter charges.

Kristen Burns was charged last June with gross vehicular manslaughter, leaving the scene of a crash, and drunk driving, but it took until last week for police to track her down at a trailer park in Visalia, according to authorities. She is charged with killing 22-year-old Edgar Reyes Silva, a passenger in the Dodge.

Reyes Silva was ejected from the Dodge after it crashed into a Mazda heading southbound on Interstate 680, just north of the Treat Boulevard exit, at around 9:30 p.m. on Jan. 18, 2021. He died from his injuries a day later, police say. The driver of the Mazda was briefly hospitalized for a complaint of pain but not seriously hurt.

The first of many twists in the story came just minutes after the crash. Authorities allege that Burns was actually able to convince a samaritan who stopped to help to drive her to the house of her boyfriend who owned the Dodge, Armando Beatriz, on Highland Drive in Concord. Shortly after her arrival, Beatriz allegedly called Concord police and reported the Dodge stolen.

The California Highway Patrol was at Beatriz’s door by 1 a.m. on Jan. 19, 2021. There, he allegedly first told them he reported the vehicle stolen because it was missing from his house, then changed his story to say that Burns, his girlfriend, had asked him to file the report, and that he didn’t know it had been involved in a crash, authorities said in court records.

The investigators got on the phone with Burns, who told them to meet her at an address on Sharon Drive in Bay Point. When they contacted the resident, he claimed to not know anyone named Kristen Burns, authorities say. For the next several months, Burns’ whereabouts remained unknown to authorities as they worked to reconstruct the crash and wait for a DNA sample off the Dodge’s airbag to be analyzed.

The saga was far from over; in July 2021, Reyes Silva’s family filed a wrongful death suit against both Beatriz and Burns, alleging Burns was liable as the driver and Beatriz was liable as the car owner. The suit remains unresolved.

Four months later, Beatriz filed his own lawsuit, against Burns, blaming her for everything. The suit alleges that the Dodge had been stolen after all on the night of the crash, and that it was Burns who stole it. Furthermore, the complaint alleges that Burns and Reyes Silva were having a “romantic affair,” and that Burns owes him $36,000 for the value of the Dodge.

“Beatriz forbid Burns from driving his Dodge Challenger. Beatriz did not provide Burns with any keys to it, and to his knowledge she did not have any keys,” the suit says, later adding, “If (Burns and Reyes Silva) used keys to operate the Dodge Challenger, Beatriz has no knowledge of …read more

One of 2022’s most loved Netflix K-dramas was Business Proposal. The webtoon-based storyline centered on a boss-employee romance with undeniable affection and attraction. In Business Proposal, actors Ahn Hyo-seop and Kim Se-jeong were praised for their undeniable sizzling chemistry. But recently, fans have speculated the two leading actors are dating in real life. Kim Se-jeong […]

Bill Madden: Yankees didn’t do much this offseason, but neither did rest of AL East

Spring training is right around the February corner and aside from signing Carlos Rodon for six years and $162 million, the Yankees have been pretty quiet on the home improvement front this offseason, content to have re-signed Aaron Judge and Anthony Rizzo while otherwise letting Steve Cohen grab the New York Hot Stove spotlight with […]

Cy the Cynic had been absent from the club. “What have you been up to?” I asked when he showed up for a penny game. “Tending to my taxes,” Cy said shortly. “Do you use Form 1040 or 1040A?” “The only difference,” the Cynic growled, “is whether the IRS or your CPA gets your money.” […]