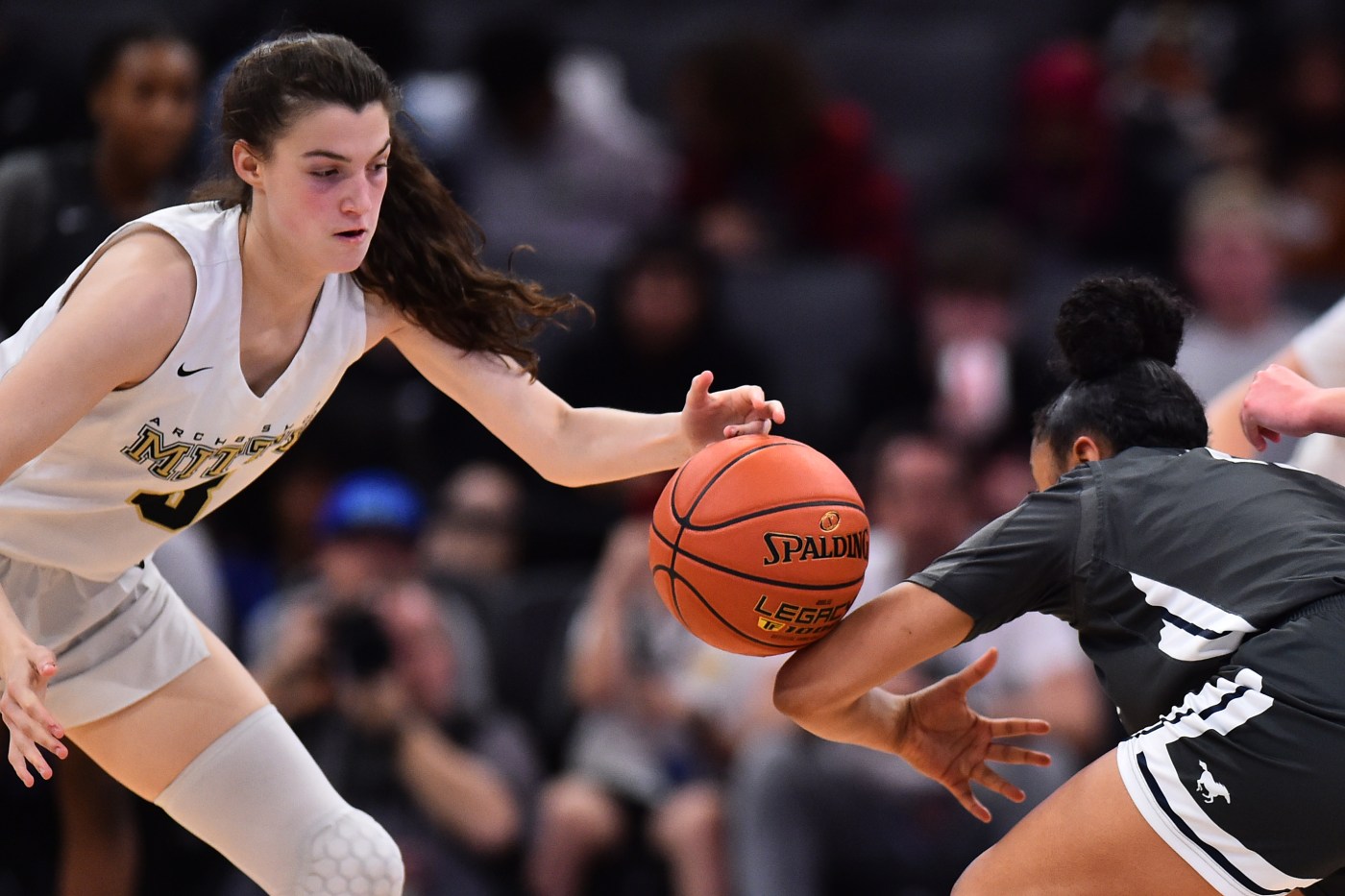 Who is our preseason No. 1?

Given that Archbishop Mitty was the No. 1 team in Northern California at the end of last season and returns its best player while Carondelet, Pinewood and San Ramon Valley lost their top players, the choice for No. 1 atop the Bay Area News Group preseason rankings was easy. Longtime Mitty coach Sue Phillips returns a wealth of talent to her roster, including last season’s West Catholic Athletic League player of the year, junior Morgan Cheli, and Loyola Marymount-bound senior Maya Hernandez. The Monarchs beat Pinewood last season to recapture the Central Coast Section Open Division title that Pinewood won over Mitty during the spring 2021 pandemic-shortened season, and then beat San Ramon Valley and Carondelet to win the NorCal Open crown. The top players last season at Pinewood (Elle Ladine, Washington), Carondelet (Talana Lepolo, Stanford) and San Ramon Valley (Natalie Pasco, Boise State) are now playing in college.

As always, we’ll know more — probably a lot more — after the opening month. But, generally, the top programs continue to roll along even as they replace departed stars. When February arrives, we expect to see Pinewood pushing Mitty for the CCS Open title and the likes of Carondelet, Salesian, San Ramon Valley and Bishop O’Dowd battling for the North Coast Section Open championship. … How good will O’Dowd be? The Dragons remain the only Bay Area girls team to win a CIF Open Division state title, capturing the first of the eight that have been played. That was in 2013. Longtime coach Malik McCord lost his top player from last season, Amaya Bonner, now at Cal, but 5-9 freshman guard Devin Cosgriff is a budding star. She already has double-digit scholarship offers, including from UCLA, USC, Arizona and Cal. … O’Dowd wasn’t chosen for the state Open regionals last season. Neither was Salesian, which went on to beat O’Dowd and St. Ignatius for the NorCal Division I title and then defeated Windward-Los Angeles in the Division I state final. … Salesian and O’Dowd could be back in the top bracket this season.

Pinewood not yet at full strength

Pinewood will be without two seniors who were expected to contribute, Skylar Chui and Chlea Facelo, both lost for the season to off-season knee injuries. The Los Altos Hills school also has Ladine’s shoes to fill. She averaged 23.4 points and 14.7 rebounds per game last season on her way to being named the Bay Area News Group’s player of the year. But help is on the way. Ava Uhrich (Burlingame) and Vallory Kuelker (Gunn) will be eligible in January after going through the transfer sit-out period. Uhrich, a 5-10 senior post, averaged 13.9 points and 12.5 rebounds for a Burlingame team that won 19 games last season. Kuelker is a sophomore. … Burlingame also lost its leading scorer from last season, 6-1 junior Elana Weisman, who transferred to Mitty. Weisman averaged 19.0 points and 11.1 rebounds per game as a sophomore.

DEAR TRAVEL TROUBLESHOOTER: I have a Chase Sapphire Reserve credit card. I got it because of the good reviews I saw online, especially for their cancellation insurance benefit. Christopher Elliott, the Travel Troubleshooter  We used the card to pay for part of a snorkeling trip to Cuba. My husband tested positive for COVID two days […]

Brad William Henke, an NFL player who later earned a Screen Actors Guild Award nomination for playing a gay corrections officer in the Netflix series “Orange Is the New Black,” has died. He was 56. The former defensive lineman “died peacefully in his sleep” on Tuesday, his agent, Sheree Cohen, said Friday. No cause of […]

SAN JOSE — The passing connection between Chevan Cordeiro and Elijah Cooks continues to click for the San Jose State football team. Cooks caught a career-best 10 passes for 121 yards and two first-half touchdowns and the Spartans snapped a two-game losing streak with a 27-14 victory over Hawaii on Saturday afternoon in front of […]