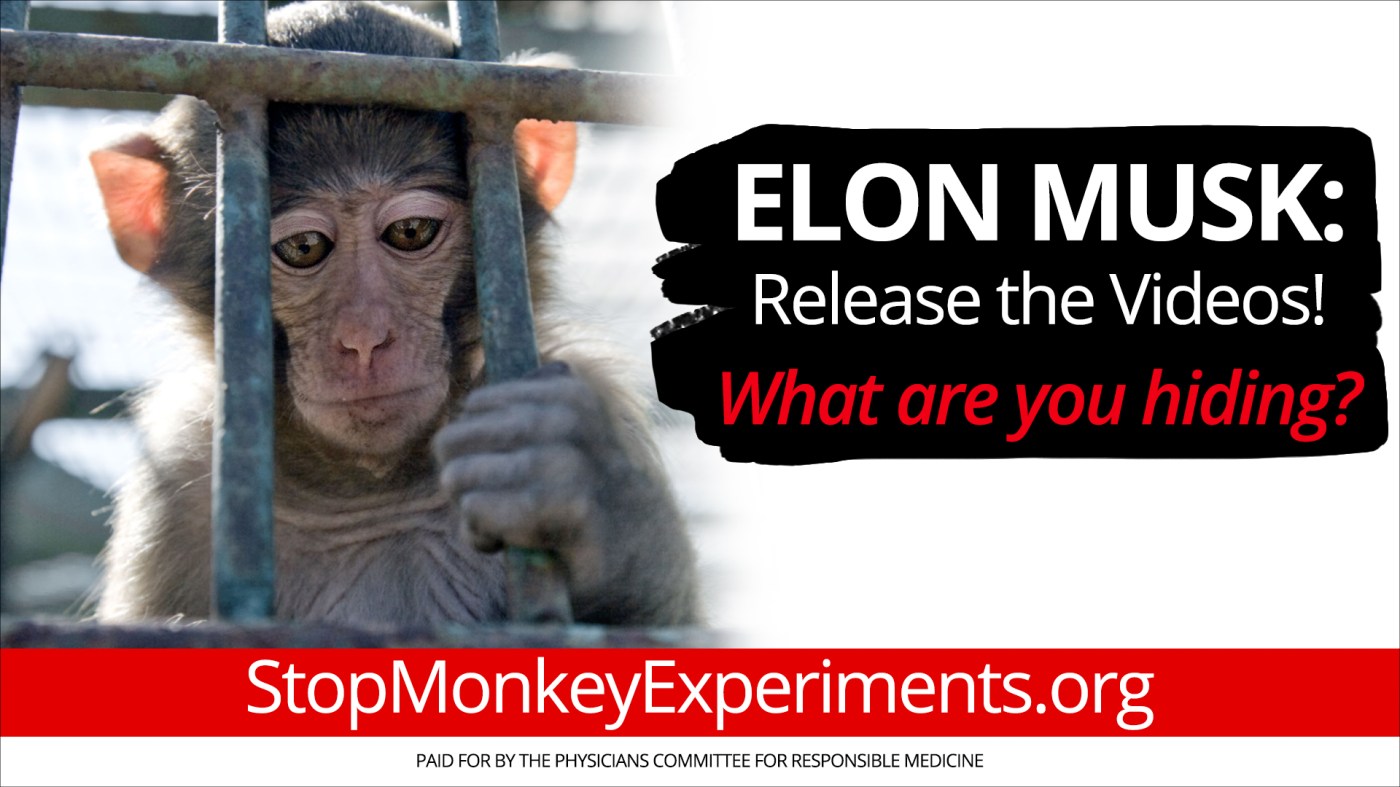 A doctors’ group on Thursday filed a lawsuit claiming BART is infringing on their constitutional free speech rights by refusing to allow ads targeting technology executive Elon Musk in trains and stations.

The suit against the transit agency by the Physicians Committee for Responsible Medicine alleged BART is violating the 1st Amendment by refusing to let the nonprofit group display ads demanding Musk release videos of experiments on laboratory monkeys at his Neuralink “brain-machine interface” company. BART did not immediately provide a response to the group’s claims.

Neuralink surgically implants hair-like electrode threads into rhesus macaque monkeys’ brains. An April 2021 Neuralink video suggests that a monkey implanted with two of the company’s brain electrodes was able to play a computer game using its mind alone. And researchers said in a 2019 paper in the Journal of Medical Internet Research that “Elon Musk and Neuralink have successfully addressed the major issues hampering the next generation of invasive brain-computer interface,” and that the technology could potentially restore brain connections severed by diseases such as Alzheimer’s.

The company claims its technology could one day overcome paralysis and neurological disorders in people – and eventually allow computer-enhanced humans to outfox artificial intelligence if AI surpasses human capabilities.

The doctors’ group, which opposes animal testing, earlier this year obtained 700 pages of veterinary records from UC Davis, which until 2020 housed and cared for Neuralink’s lab monkeys. The records showed that monkeys suffered from frequent bacterial infections, missing digits, oozing wounds, bloody digestive disorders and stress behaviors including refusing to eat. The animals were dosed with drugs from a list of 40 pharmaceuticals that included opiate painkillers such as fentanyl, ketamine, tranquilizers, anti-inflammatories, antibiotics and pentobarbital for euthanasia, the reports show. One monkey’s death was linked to glue that seeped onto its brain.

Musk and Neuralink did not immediately respond to requests for comment on the lawsuit and treatment of monkeys. The company, founded in San Francisco in 2016, with an animal-testing lab in Fremont, has said in a blog post about the UC Davis documents that it is “absolutely committed to working with animals in the most humane and ethical way possible,” and that “it is our responsibility as caretakers to ensure that their experience is as peaceful and frankly, as joyful as possible.” The university said earlier this year that it strives to provide “the best possible care” to animals in its Primate Center, where 4,000 monkeys are kept for breeding and research, and that it follows all laws and regulations.

Neuralink has been hiring for an apparent new animal-research facility in Austin, Texas, including for specialists in implanting devices and studying cadavers. The firm had 22 monkeys at UC Davis, and the doctors’ group believes 15 died there, with seven moved to Neuralink’s lab in a Fremont office park in December 2020. Reports from the USDA suggest Neuralink brought more monkeys to Fremont and it had 13 at that site in February 2021. In January and March of this …read more

‘Harry Potter’: Rupert Grint Had to Wait for ‘Deathly Hallows 2’ to Have a Medical Procedure

Rupert Grint | Michael Loccisano/Getty Images Grint was a guest on the In the Envelope podcast on June 9 to discuss his work on the Apple TV+ series Servant. There’s probably no interview Grint can do that won’t mention the Harry Potter movies, so Grint shared exactly what he did when the last film ended.  […]

How Long Did Michael C. Hall and Jennifer Carpenter Date After Meeting on ‘Dexter’?

Dexter stars Jennifer Carpenter and Michael C. Hall at the 2009 Golden Globe Awards | Frazer Harrison/Getty Images On the show, Hall and Carpenter Dexter has set some kind of record. The last season was in 2013 — or so everyone thought. But Showtime brought the series back in 2021, in the form of Dexter: New Blood. How […]

L-R: Ainhoa Pillet as Lucia, Maria Botto as Paola, Juancho Hernangomez as Bo Cruz and Adam Sandler | Scott Yamano/Netflix Hustle drew a lot of audiences for the sports drama with a cast filled with Sandler and a bunch of NBA stars. Juancho Hernangómez received some of the most praise for his tremendous performance in […]