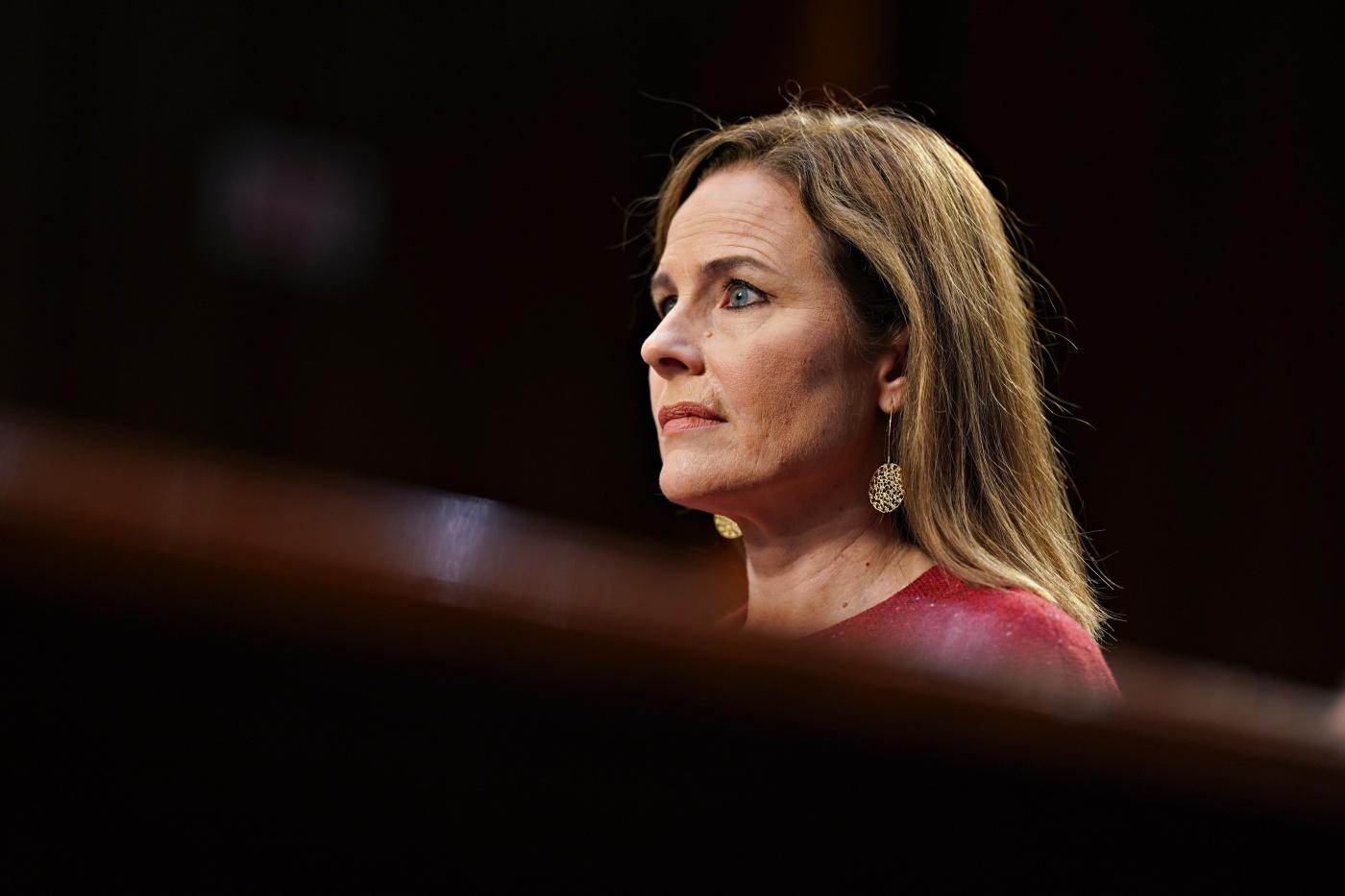 WASHINGTON (AP) — Supreme Court nominee Amy Coney Barrett is presenting herself in her final round of confirmation questioning as a judge with deeply held personal and religious beliefs but vowing to keep an “open mind” on cases. Senate Republicans are championing her conservative approach to the law as doubtful Democrats run out of time to stop her quick confirmation.

Democratic senators are trying to dig deeper into the judge’s approach as a legal originalist, one who adheres to a more strict reading of the Constitution, but the appellate court justice has declined to directly respond to many questions on abortion, health care and a potentially disputed presidential election, saying it’s against judicial code to weigh in at this point.

Sen. Lindsey Graham, R-S.C., opened the final day of her testimony praising President Donald Trump’s nominee as an “unashamedly pro-life” conservative who is making history as a role model for other women.

“She’s going to the court,” Graham said. “This is the first time in American history that we’ve nominated a woman who’s unashamedly pro-life and embraces her faith without apology.”

Her nomination to replace the late Justice Ruth Bader Ginsburg has ground other legislative business to a halt as Republicans excited by the prospect of locking in a 6-3 conservative court majority race to confirm her over Democratic objections before Election Day.

Democratic Sen. Dick Durbin of Illinois agreed Barrett is making history — but as the first nominee considered so close to a presidential election, tapped to fulfill the president’s public quest to install a ninth justice in time to undo the Affordable Care Act in a case heading to the court Nov. 10.

Durbin called Trump’s intent to dismantle the health care law a cloud — “an orange cloud” — over her nomination, a political slam at the president’s tan.

“They need that ninth justice, that’s why it has to be hurried,” Durbin said.

Barrett’s nomination has been the focus at a Capitol mostly shut down by COVID-19 protocols. The health care debate has been central to the week’s hearings, as Americans struggle during the pandemic, but Barrett’s views on racial equity and presidential power are also being questioned as senators try to unpack how she would rule on cases if confirmed.

Durbin probed if her strict adherence to originalism means a president could not “unilaterally deny the right to vote” based on race, noting restrictions on mail-in ballots being erected in several states before Nov. 3.

She agreed there are “many laws” that protect the right to vote, including the 14th and 15th Amendments to the Constitution, but stopped short of a blanket statement: “I really can’t say anything more.”

Sen. Patrick Leahy, D-Vt., asked what she thinks of Trump’s view that he can pardon himself.

Barrett said a president’s ability to pardon himself has never been tested in court and the question calls out for “legal analysis.” She said, “It’s not one that I can offer a view.”

During Tuesday’s long and lively session, she declined to say whether she would …read more

CELEBRITIES BORN ON THIS DAY: Shenae Grimes, 31; Eliza Taylor, 31; BD Wong, 60; Kevin Kline, 73. Kevin Kline (Photo by Theo Wargo/Getty Images for Tony Awards Productions)  Happy Birthday: Look at the pros and cons of every situation you face this year. Refuse to let your emotions lead the way when stability and preparation […]

SAN JOSE — The primary witness who implicated a captain and three others in an alleged bribery scheme where political donations supporting Santa Clara County Sheriff Laurie Smith were traded for rarely issued concealed-gun permits pleaded guilty Monday to misdemeanor charges for his role in the ploy. One-time AS Solution security manager Martin Nielsen was […]

Horoscopes Oct. 22, 2020: Jeff Goldblum, walk away from chaos and uncertainty