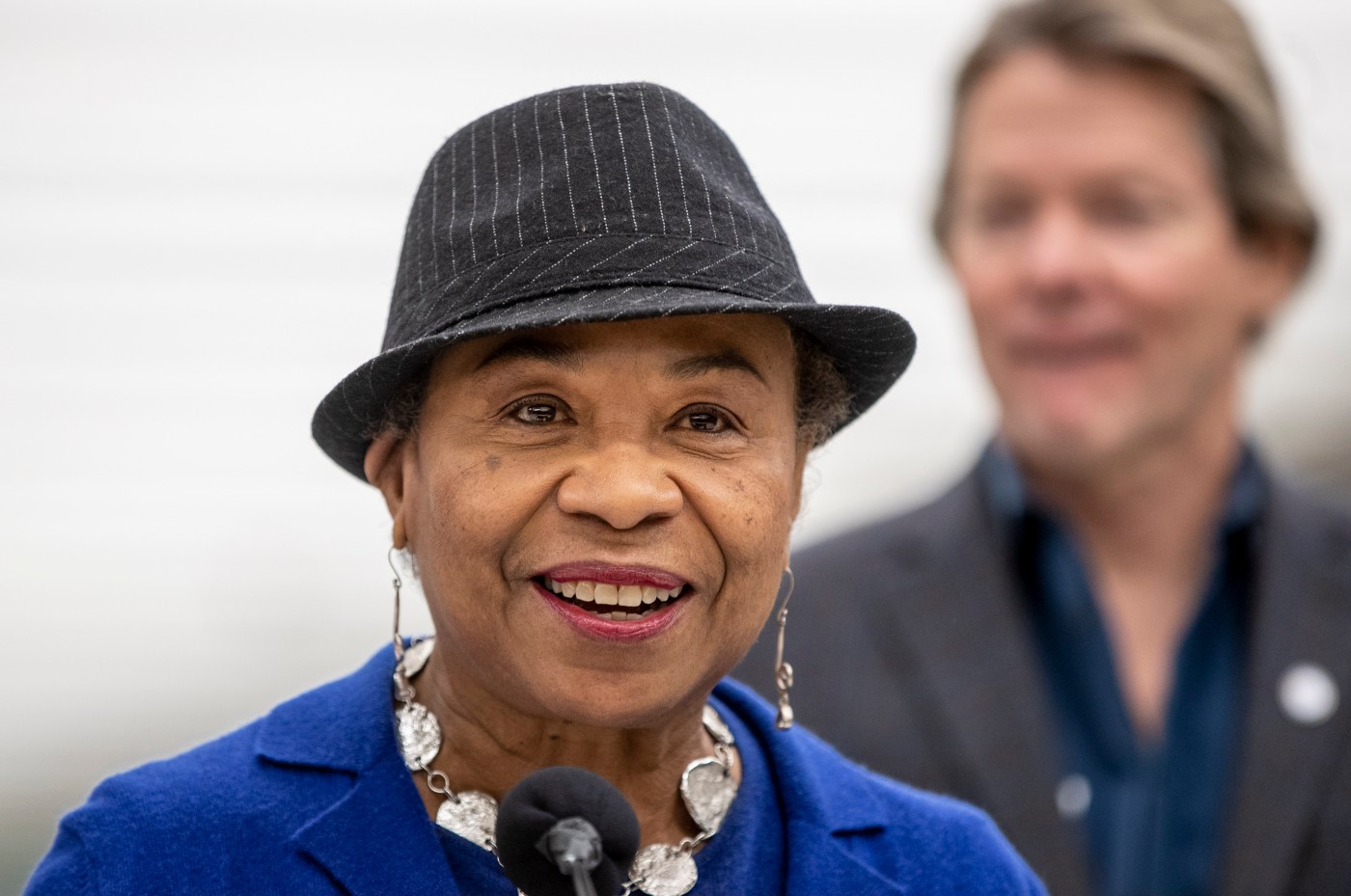 The waiting and seeing is over. The contest to replace Sen. Dianne Feinstein is well underway, even as her plans remain uncertain.

Rep. Katie Porter declared her candidacy last week and fellow Rep. Barbara Lee signaled her intention to run a day later. Rep. Adam B. Schiff is expected to soon follow, and beyond that more entries are expected; in California, an open U.S. Senate is just about as rare as a Dodgers World Series victory.

But regardless of how large the field turns out to be, the race will probably come down to a matter of degree.

The candidates who have surfaced differ in race and gender. Others who jump in may have different ethnic backgrounds. But each of the leading contenders will almost certainly have two important things in common: their affiliation with the Democratic Party and a shared set of fundamental political beliefs.

It’s not as though “pro-life” Democrats will be running against “pro-choice” Democrats, for instance, or tree-hugging environmentalists will face “drill, baby, drill” friends of the oil industry.

“In this primary you’re going to have three or four or five Democrats who all meet the test of fighting for Democratic policies and sharing Democratic values,” said Rose Kapolczynski, who ran Barbara Boxer’s successful 1992 Senate campaign and subsequent reelection efforts. “So how do you distinguish yourself from your fellow candidates?”

The answer is to blow up small distinctions into dirigible-size differences, manufacture disagreements and go after rivals on attributes such as demeanor, character and temperament.

“It’s going to get personal,” Democratic strategist Lisa Tucker predicted, “because there’s not a lot of other places to go.”

Strange things can happen when a race pits candidates of the same party and same political ideology against one another.

The last time California had a seriously competitive U.S. Senate contest was that 1992 race, when Boxer faced fellow Democrats Mel Levine and Leo McCarthy. It was costly and harshly negative and offers a preview of what is likely to come in the race to succeed Feinstein.

McCarthy attacked Boxer’s ethics and personal finances in connection with the House banking scandal, in which members of Congress were allowed to overdraw their accounts without penalty. A TV ad showed Boxer’s picture — boing! — bouncing across the screen. (As in bounced checks, get it?)

Levine turned on rivals with a scathing attack on crime, echoing Republican assertions about the Democratic penchant for “throwing money” at social programs and spending too much time focused on “root causes” — which was something coming from a member in good standing of Los Angeles’ liberal Westside establishment.

Feinstein has yet to say whether she will run again. But with the toll age has taken and a mere pittance stashed in the 89-year-old incumbent’s campaign bank account, it seems highly unlikely she’ll seek reelection a sixth time.

There will no doubt be Republicans and those of other parties entering the Senate contest, and that would be a good thing. But the likeliest outcome, given voter registration and inclination, is Democrats emerging from the top-two primary in March 2024 and facing each other in November.

The front-runners, starting out, appear to …read more

In an era when rockstars who had exciting and intimidating names began to emerge, The Beatles kept their real names, except Ringo Starr. Before Starr joined the band, The Beatles temporarily went under different names, with Paul McCartney, John Lennon, and George Harrison creating their own “showbiz names.” Ringo Starr was the only Beatle who […]

By SCOTT McFETRIDGE and JOSH FUNK DES MOINES, Iowa (AP) — An 18-year-old man was charged with murder in Monday’s killing of two teenagers at an alternative educational program for at-risk youth in Des Moines. Police said Preston Walls of Des Moines is charged with two counts of murder and one count of attempted murder […]