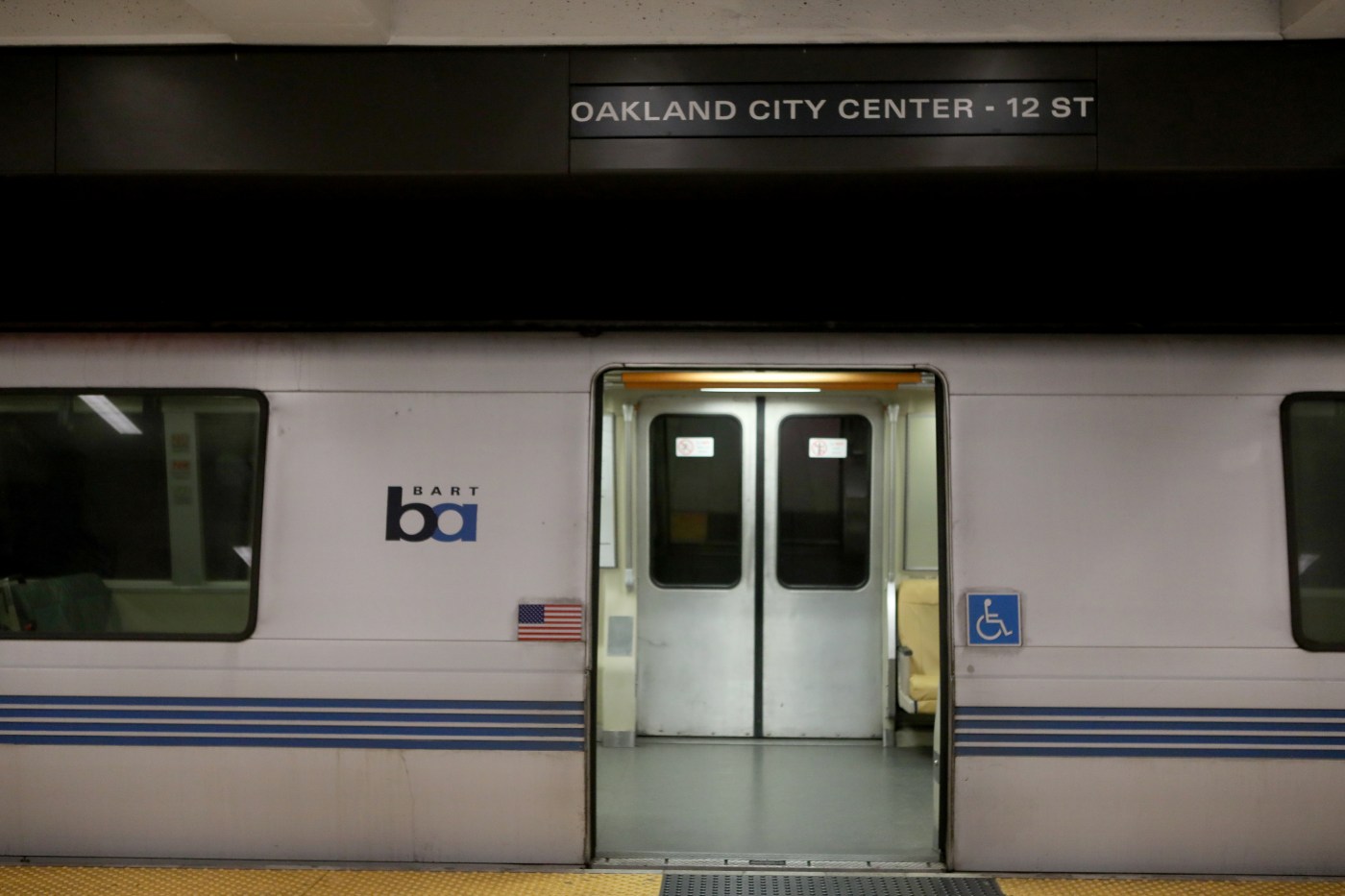 FREMONT — A 69-year-old man stabbed repeatedly aboard a BART train Sept. 18 was targeted because the suspect believed he “was an alien,” according to court documents and authorities.

The suspect, Terrell Coffer, 44, of Oakland, is charged with attempted murder, assault with a deadly weapon and battery with injury on transit personnel.

Coffer is being held without bail at the Santa Rita Jail and is scheduled to enter a plea Oct. 20.

The stabbing left the victim in critical condition with multiple wounds to his neck, abdomen and hands. He was released from a hospital last week. Authorities said they have no information that Coffer knew the victim.

The stabbing happened shortly before noon Sept. 18 on a Berryessa line train.

After the stabbing Coffer got off the train at the Warm Springs Station and laid down on the platform where he was first observed by a BART Community Service Officer before police arrived.

According to the court documents, before police arrived Coffer was heard by the service officer saying: “Aliens, the guy was an alien.”

Not knowing for sure at the time if Coffer was a victim, suspect or had been injured, a BART police officer, in an effort to get information, asked him what was going on and he was at first unresponsive, according to the documents.

But when asked if he had stabbed anyone, Coffer said “that man was an alien. He wasn’t, wasn’t a man,” according to the documents.

Video surveillance recovered later showed Coffer, who in jail  records is listed as being 6 feet tall and weighing 315 pounds, was a passenger on the train and waited near the interconnecting doors of the adjacent train car where the victim was, according to the court documents. He waited until the train car was clear of other passengers, except the victim, then walked up behind him and began stabbing him multiple times, the documents say.

The case and references to an “alien” are similar to the case of Nia Wilson’s killer, John Lee Cowell, who stabbed Wilson and her older sister on July 22, 2018 at the MacArthur BART station platform. Cowell and the Wilson sisters did know each other, but in court testimony, Cowell claimed the sisters were “aliens” or “gang members” who had kidnapped his grandmother. Much like the allegations against Coffer, Cowell similarly attacked the two sisters with a knife from behind, stabbing them both in the neck area. Cowell pleaded not guilty by reason of insanity, and had a history of mental illness including schizophrenia. He was found guilty of murder and attempted murder in March and sentenced to life in prison in July.

According to court documents, Coffer has a prior attempted murder conviction and a prior assault …read more

With sports returning on the campuses, the recovery begins in San Francisco. The Pac-12 office is bringing back 54 of the 79 employees who were notified of furloughs in August, when it appeared there would be no sports competition until early 2021. The process is unfolding in stages across both the conference and networks divisions. […]

Reaction to Pac-12 developments on and off the field … And because the news is relentless: We published an article this morning on the Pac-12 bringing back furloughed workers, the scheduling options for Week Seven, basketball plans and Larry Scott’s latest letter to the office staff.  1. Mario Cristobal needs a raise. Yesterday. Actually, Cristobal […]

By Elaine Low | Variety.com LOS ANGELES – Morgan Wallen is no longer this week’s “Saturday Night Live” musical guest. The rising country star posted an emotional Instagram video from a New York City hotel room — where he was preparing to go on the weekly show — that he had received a call from […]