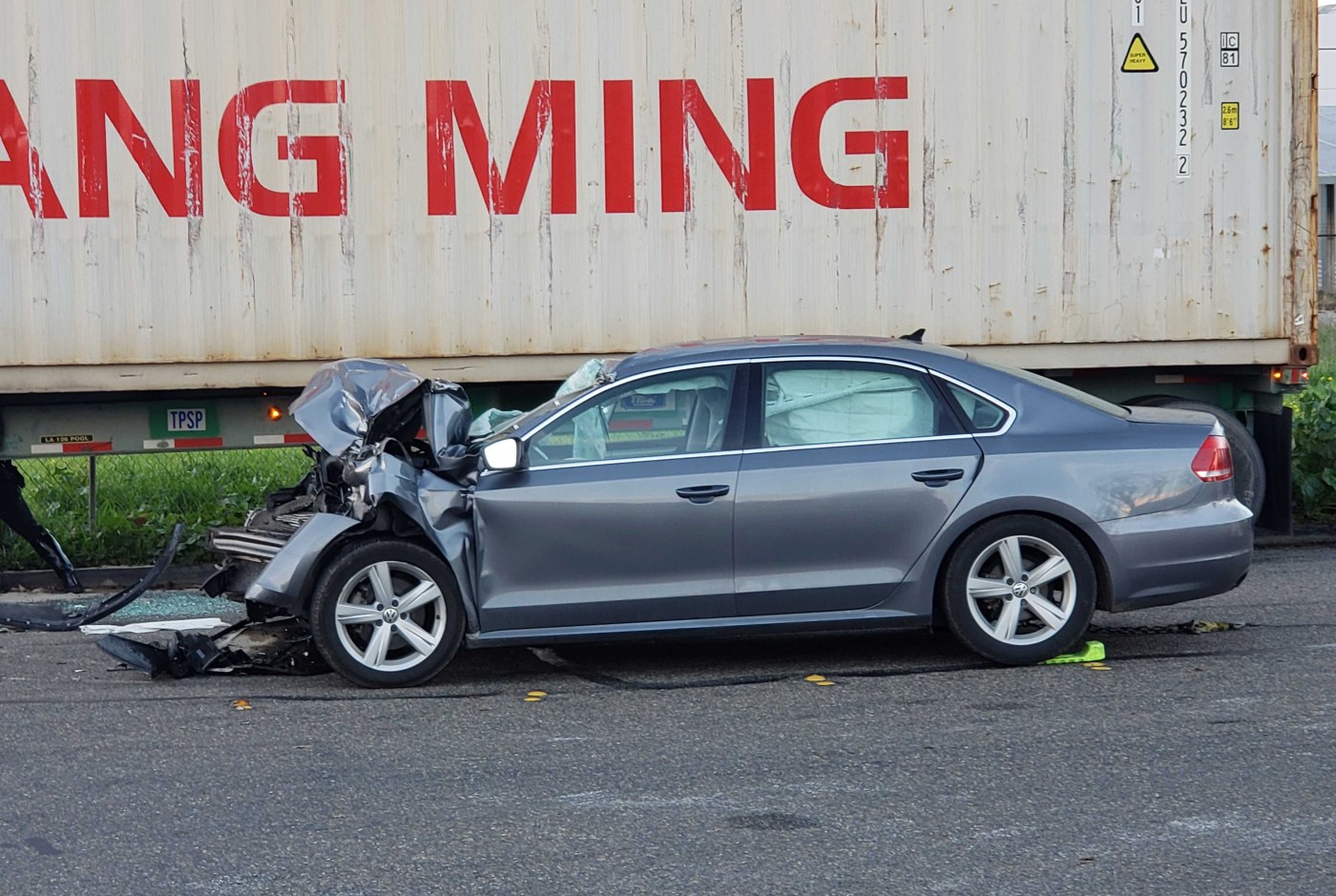 FREMONT — A man killed in a traffic collision with a semi-trailer last week in Fremont has been identified by authorities.

The driver of a gray Volkswagen Passat was pronounced dead at the scene after the Jan. 7 crash, according to police. He was identified this week as 35-year-old Joseph O’Connell, according to the Alameda County Coroner’s Bureau.

The crash was reported around noon near Christy Street and Stewart Avenue, an area of office parks and warehouses west of Interstate 880, according to police.

Authorities said the semi-trailer was parked on the north shoulder of Stewart Avenue when O’Connell drove into it; they have not specified how or why they think that happened. The semi-trailer was pushed partially into the street curb as a result of the impact.

Stewart Avenue was partially closed between Albrae and Christy street during an investigation.

Woman arrested, suspected of intentionally hitting and killing a man with her vehicle

Tanjiro Kamado in ‘Demon Slayer’ | ©Koyoharu Gotouge/SHUEISHA, Aniplex, ufotable RELATED: Demon Slayer Season 2 presents Tanjiro Kamado with a new foe when its Entertainment District Arc kicks off. And Upper Moon 6 Daki initially seems like a worrisome threat all on her own. However, the latest episode of the anime drops a huge reveal […]

By MATTHEW BROWN | The Associated Press BILLINGS, Mont. — The Biden administration plans to significantly expand efforts to stave off catastrophic wildfires that have torched areas of the U.S. West by more aggressively thinning forests around areas called “hotspots” where nature and neighborhoods collide. As climate change heats up and dries out the West, […]