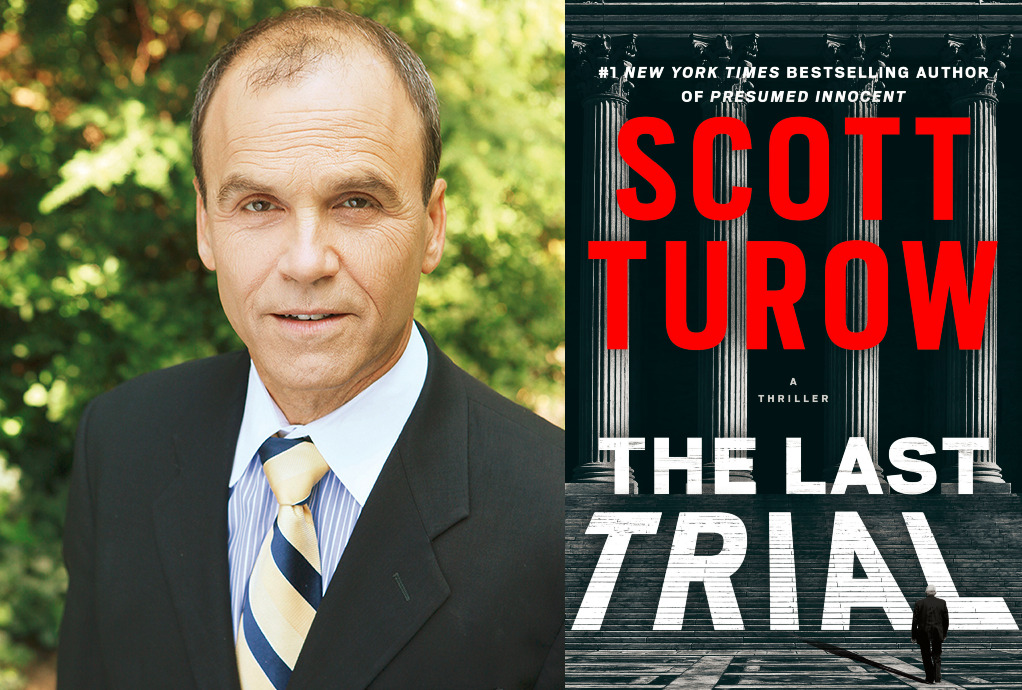 Scott Turow is back, and not surprisingly, so is Sandy Stern.

The brilliant defense lawyer character, who is 85 and feeling every one of those years in “The Last Trial,” has almost always made an appearance in all nine of Turow’s books set in Kindle County, his fictional Midwestern creation.

Turow, who studied and taught writing at Stanford University before becoming a lawyer, essentially invented the literate legal thriller in 1987 with “Presumed Innocent.” That novel told the twisty story of Rusty Sabich, a prosecutor accused of committing a murder in a case he is overseeing. In that novel, Sabich hired Stern to defend him. When that became a blockbuster, Turow made Stern, not Sabich, the protagonist in his next novel, “The Burden of Proof.”

There’s a limited-series version of “Presumed Innocent” now in the works, which Turow believes will allow it to preserve the characters’ journeys in a way the popular 1990 movie starring Harrison Ford could not. “Walter White would never be the character of Shakespearean depth that he is if it was just a two-hour movie about a high school chemistry teacher that becomes a meth dealer,” says Turow.

Despite his literary success, Turow has remained an active lawyer, performing pro bono work and working as an advocate for causes like overturning wrongful convictions and capital punishment reform.

In “The Last Trial,” Stern, now 85, is nearing the end and must not only face the truth about his own mortality but also his relationships with his wives, his children and his friends. One of these friends, a Nobel Prize-winning scientist who saved Stern’s life, is on trial for fraud and murder. Sonia “Sonny” Klonsky is back, as is Stern’s daughter and law partner, Marta, while Stern’s savvy but self-sabotaging granddaughter Pinky, emerges as a scene-stealer who may become Turow’s next protagonist.

Q: Were you hesitant to revisit the character Rusty Sabich after “Presumed Innocent”? And did that book’s success make it easier to undertake “The Last Trial”?

A: After “Presumed Innocent,” everybody wanted me to write the next Rusty Sabich book. But I didn’t want to be pigeonholed. Twenty years later, going back to Rusty seemed a lot more interesting. I knew Rusty was an appellate judge because I had followed his career in the background of intervening novels. Then I wrote a novella for the New York Times called “Limitations,” and he makes an appearance as chief judge. It started me thinking about him again.

There’s a piece of Sandy Stern that never leaves me, just like Rusty. He has always been with me in some part of my imagination, which explains why he appeared even briefly in virtually every one of the novels.

Q: Sandy Stern was 52 in “Burden of Proof.” Was it trickier getting into his mind now as an older man thinking about the end of his life?

A: It is a lot different. I turned 70 while I was writing this book. If you’re 35 or 40, you probably have a lot more in common in terms of life and career …read more

“Simple Saturday” columns are meant to help aspiring players improve technique and logical thinking. The first step in dummy play is to count winners (at notrump or a low-level suit contract) or possible losers (at a higher suit contract). Then decide how to get extra winners or avoid losers. At today’s 3NT, declarer counted his […]

This week’s deals have treated a fundamental play technique: establishing and cashing long cards in a long suit. To see whether you have the idea, cover today’s East-West cards. Plan your play at six spades when West leads a trump. East follows. Without that trump lead, you might have succeeded with a crossruff, scoring all […]

“I was South,” a fan writes, “and upgraded my hand due to the five-card suit, three tens and prime values. When partner responded one diamond, I jumped to 2NT. He bid 3NT.” West led a heart, and my fan took the queen and tried the K-A of diamonds. When no queen fell, she led the […]