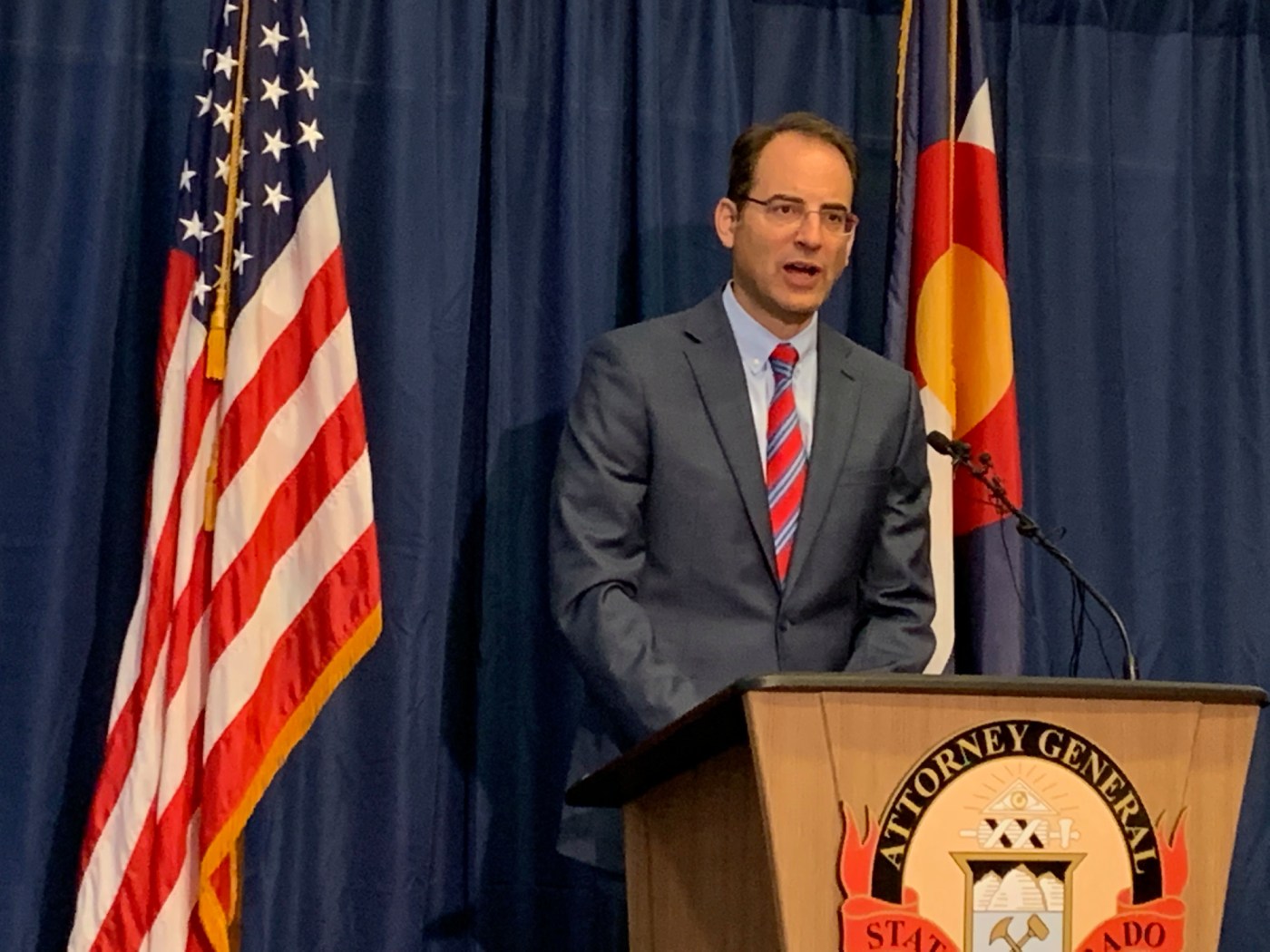 The department’s officers treated Black people and other people of color differently than white people, including arresting and using force against them, according to the investigation released Wednesday. Officers also routinely used excessive force against people unnecessarily and failed to properly document information about people they stopped, the investigation found.

“We observed statistically significant racial disparities — especially with respect to Black individuals — in nearly every important type of police contact with the community, from interactions to arrests to uses of force,” the report states. “These disparities persisted across income, gender and geographic boundaries. Together with the other information we reviewed, we find that Aurora Police engages in racially biased policing, treating people of color (and Black people in particular) differently from their white counterparts.”

Colorado Attorney General Phil Weiser will seek to create a legally binding agreement, known as a consent decree, with the Aurora Police Department that will outline the steps his office believes necessary to fix the problems investigators discovered. State law gives the attorney general’s office and city administrators 60 days to come to an agreement.

“If this effort is unsuccessful, we will seek a court-imposed order correcting these problems,” the report states.

The investigation is the first under a new law passed in the summer of 2020 as large-scale protests against police brutality and racism continued across Colorado following the murder of George Floyd. The bill, SB-217, gave Weiser’s office the authority to conduct such an investigation and, if agencies didn’t make the required changes, to force them to do so via civil litigation.

Weiser said at a Wednesday news conference that the patterns and practice investigation his office conducted into Aurora’s department is one of the first such investigations in the United States conducted by a state agency. The U.S. Department of Justice for years has conducted similar investigations and implemented consent decrees.

“This should be a lesson to other agencies that they need to put policies in place that protect their communities or they will be investigated,” she said.

Weiser chose the Aurora Police Department as the first agency to be investigated following a series of high-profile allegations of police misconduct, including the death of Elijah McClain at the hands of Aurora police and paramedics in 2019.

“In the months following the passage of this law, the Aurora community made clear that it had concerns about the Aurora Police Department and its fire department,” Weiser said.

McClain’s mother, Sheneen McClain, said the report “confirms what many Aurora residents already know — Aurora’s police department has a long-standing culture of violence and bias.” She also called on Aurora to enter into the consent decree and for Aurora Mayor Mike Coffman to resign, according to a statement released by her attorney, Qusair Mohamedbhai.

‘Fast and Furious’ filming | Jonathan Brady/Getty Images Every film of Fast & Furious has delivered an amazing array of rare and expensive cars at high speeds and high action. There are often too many awesome cars to have a minute to stop and just appreciate one. What’s more is that for each serious car […]

Alicia Vikander Admits She Was ‘Shaking’ During a ‘Blue Bayou’ Scene

Alicia Vikander has no shortage of starring roles in Hollywood movies. But the Danish Girl actor admits that there are still things that make her nervous, and one of them is evidently singing. Vikander recently revealed how she felt about shooting a memorable scene in Blue Bayou with Justin Chon, and how she dealt with […]

‘Only Murders in the Building’ Renewed for Season 2; Selena Gomez Reacts

It’s a good day for fans of Only Murders in the Building. The comedy series, which airs on Hulu, has officially been renewed for Season 2. Starring Steve Martin, Martin Short, and Selena Gomez, the show follows three true-crime-obsessed neighbors who band together in an attempt to solve a suspicious murder in their ritzy New […]