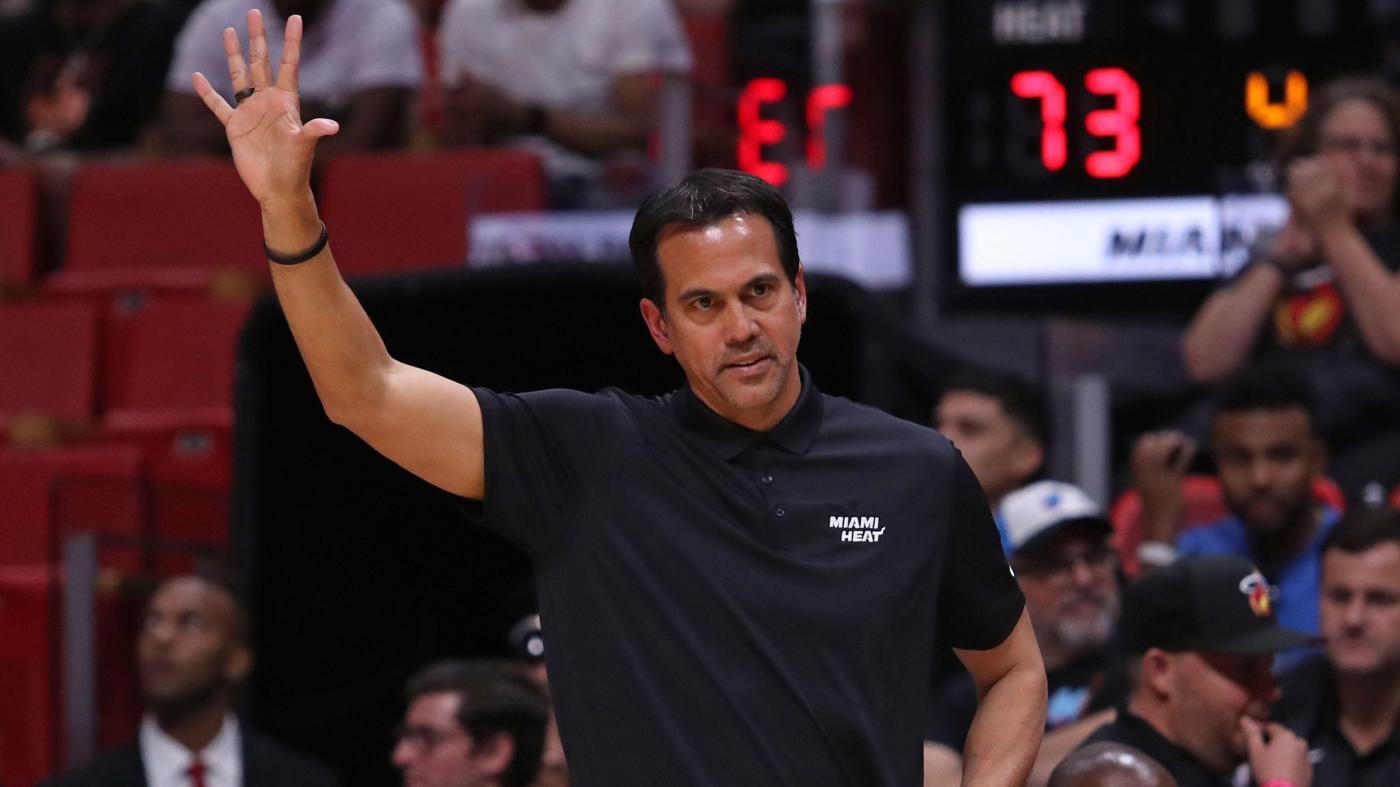 Q: I’ve felt this for years and we saw it last night: Why does Erik Spoelsrta have such a hard time drawing up inbounds plays at the end of the game? Tossing it up to Jimmy Butler seems to be the go-to and it doesn’t go well. – Sean, Pompano Beach.

A: It is a philosophical approach, as Erik Spoelstra said after the game, that he does not like to clutter the halfcourt with the maximum number of defenders. But it also was the third time this season that Kyle Lowry had to burn consecutive late timeouts in order to try to inbound. I would suspect you would see something different next time. It should not be as difficult with veteran players. And while Kyle has seen it all, perhaps a bit more height inbounding could help, as well. But, yes, way, way, way too much of an adventure at the end of these games. And, yes, lucky to escape that one.

Q: Erik Spoelstra keeps Jimmy Butler on the bench way too long. We lost many games because of it? – Stosovic.

A: Jimmy Butler also is 33 years old and averaging 34 minutes per game, which also is what he played Sunday. Plus, he also has missed time this season with a knee issue, so you have to be cognizant of that, as well. It shouldn’t be on Jimmy that the team often is unable to stay afloat when he is off the court. Part of that is roster composition, as well.

Q: Amazing how awful the Heat’s offense has been, especially shooting threes. How responsible is Erik Spoelstra for this and can he fix it? – Roy, Miami.

A: He doesn’t shoot them, so there only can be so much blame in that direction. Plus, he has stressed that he wants more going up, and even pointed out after Sunday’s game that there again were good looks that were bypassed. Moving the ball is laudable. Getting three points for a basket is even better.

Mayfair Witches is now a few episodes in on AMC, and fans are loving the Anne Rice adaptation. The series stars Alexandra Daddario as Dr. Rowan Fielding, a neurosurgeon who discovers that she’s part of a powerful family of New Orleans witches known as the Mayfairs. New episodes are available every week, but if you […]

As the Orioles sought to bolster their rotation over the past two months, their deep stockpile of infield prospects seemed like the logical place to pull from to acquire a starting pitcher in a trade. On Thursday, they finally found a match. Baltimore acquired Oakland Athletics left-hander Cole Irvin and minor league right-hander Kyle Virbitsky […]

‘RHOBH’ Viewers Are Worried About Brandi Glanville After a Concerning Cameo to a Fan: ‘I’m Not Drunk Yet but I Will Be’