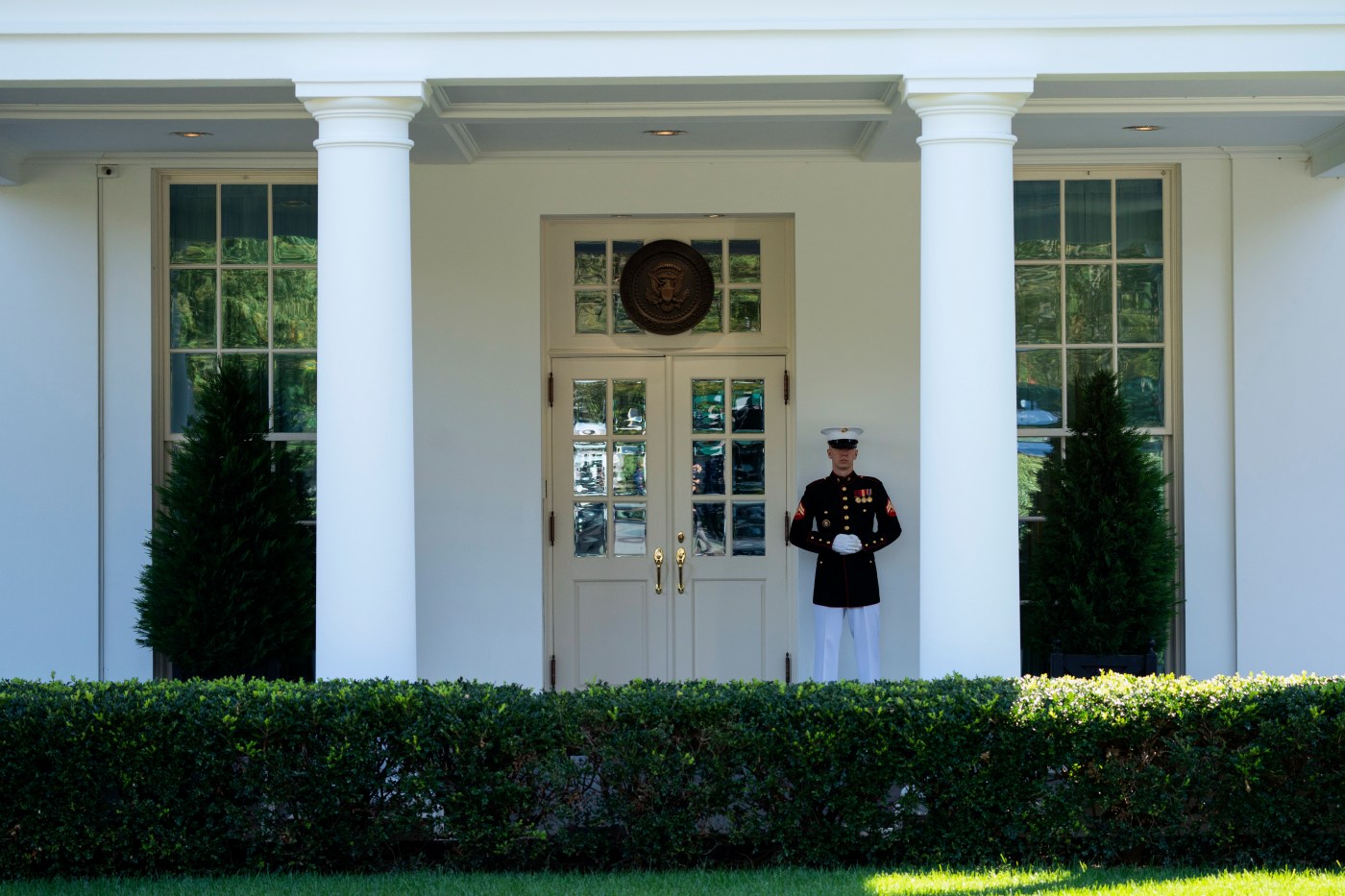 WASHINGTON — Looking to shove his campaign back on track, President Donald Trump and his team laid out an aggressive return to political activities on Friday, including a big Saturday White House event and a rally in Florida on Monday, a week after his hospitalization for the coronavirus that has killed more than 210,000 Americans.

As questions linger about his health — and Democratic opponent Joe Biden steps up his own campaigning — Trump planned to leave Washington for the first time since he was hospitalized. He is also increasing his radio and TV appearances with conservative interviewers, hoping to make up for lost time with just over three weeks until Election Day and millions already voting.

The president has not been seen in public — other than in White House-produced videos — since his return days ago from the military hospital where he received experimental treatments for the virus.

Two weeks after his Rose Garden event that has been labeled a “super-spreader” for the virus, Trump is planning to convene another large crowd outside the White House on Saturday on a law-and-order theme. More than two dozen people linked to the White House have contracted COVID-19 since the president’s Sept. 26 event announcing Judge Amy Coney Barrett as his nominee to the Supreme Court.

Trump will address the Saturday group, expected to be at least several hundred supporters, from the White House balcony. All attendees are to be required to bring masks or will be provided with them, and also will be given temperature checks and asked to fill out a brief questionnaire. Following of CDC guidelines will be strongly encouraged, which include mask-wearing and social distancing.

Trump’s Monday rally in Sanford, Florida, was originally scheduled to be held Oct. 2, the day after he tested positive.

He said of the Barrett event in an interview with The Associated Press, “I was not surprised to see a super-spreader event given the circumstances.” That means “crowded, congregate setting, not wearing masks. It is not surprising to see an outbreak,” he said.

District of Columbia virus restrictions prohibit outdoor gatherings larger than 50 people, although that rule has not been strictly enforced. Masks are mandatory outdoors for most people, but the regulations don’t apply on federal land, and the Trump White House has openly flouted them for months.

And next week in Florida? Trump tweeted on Friday that he would be in Sanford “for a very BIG RALLY!”

Meanwhile, next Thursday’s town hall-style Trump-Biden debate was officially canceled, a few days after Trump backed away when the sponsoring commission switched it from face-to-face to virtual following Trump’s COVID diagnosis.

Trump said the Commission on Presidential Debates was protecting Biden from having to take on the president in person. But Biden’s team said the one demanding protection was Trump.

Source: France to expel 231 suspected extremists after attack on teacher

Reuters PARIS – France is preparing to expel 231 foreigners on a government watch list for suspected extremist religious beliefs, a police union source said on Sunday, two days after a Russian-born Islamist beheaded a teacher. France’s interior ministry, responsible for expelling foreigners, was not available to confirm the information, which had been initially reported […]

Long story short, here are my NFL picks for Week 5: Bears 28, Bucs 24: The Bucs are too banged up to win their first of a franchise-record five prime-time games this season. Line: Bears +3 1/2 49ers 38, Dolphins 16: Look, if Joe Montana can exhume an old commercial to taunt Dan Marino on […]

OAKLAND — After deliberating for two days, a federal jury convicted an East Bay man of mailing bombs to two law enforcement officers he believed had unduly harassed him, prosecutors said. Ross Gordon Laverty, 59, of Oakland, was convicted of mailing bombs to a corrections officer and a retired policeman. Both the bombs exploded and […]