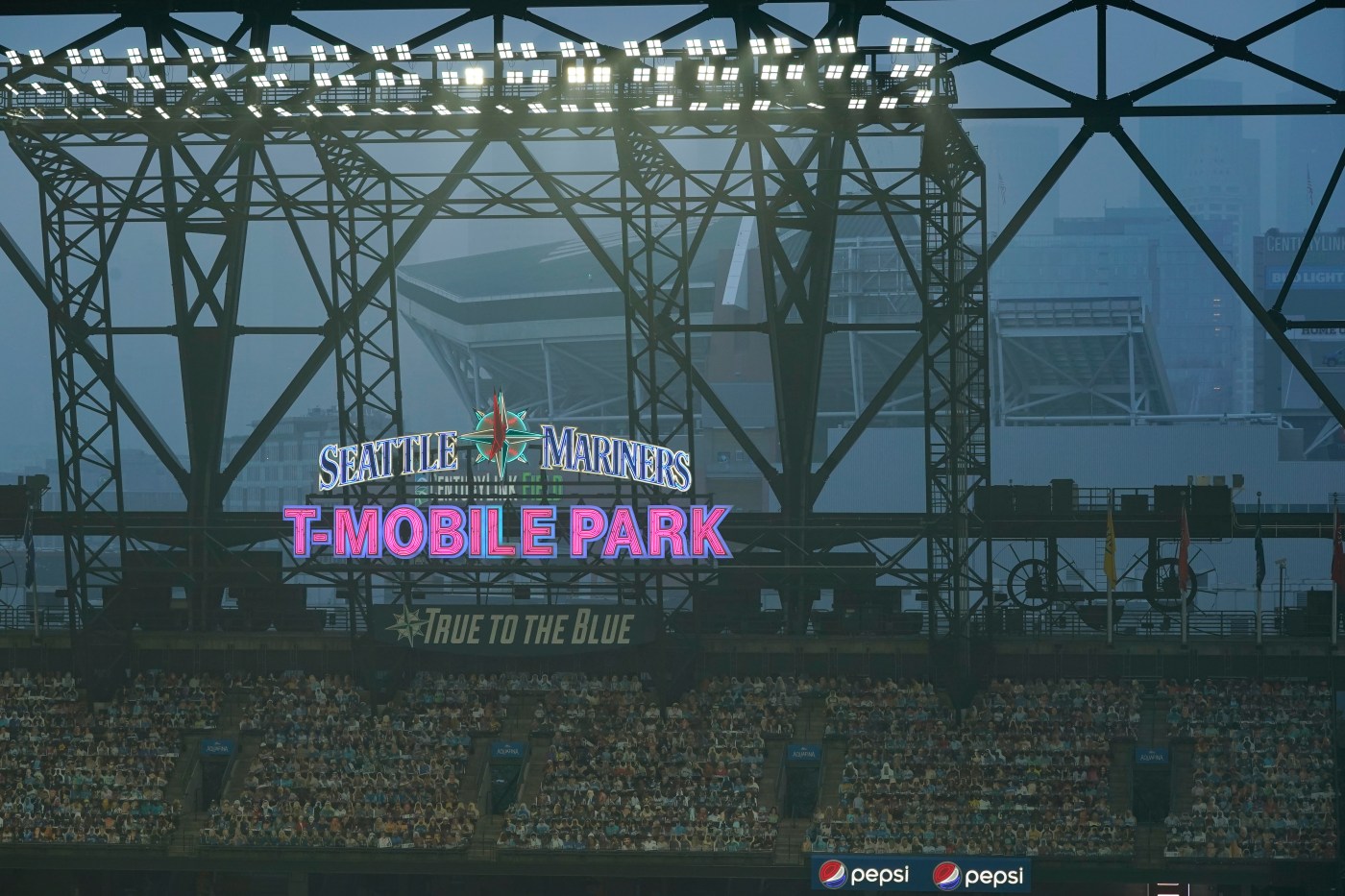 A’s manager Bob Melvin said Tuesday some of his players were feeling some minor effects of playing a doubleheader in worsening air quality the day before in Seattle, but nothing that would prevent them from playing that night against the Colorado Rockies.

The A’s played the Mariners twice Monday as a thick haze inside the covered stadium seemed to increase as the day went on, and especially after rain moved into the area. The second game of the doubleheader did not end until 7:30 p.m. (PT), and A’s did not arrive in Denver until 2 a.m. Tuesday.

Melvin said Tuesday that he received an update about an hour and 15 minutes before the start of the first game Monday that the air quality index at the stadium was still over 200, which is considered unhealthy.

According to Melvin, Major League Baseball officials at that time said they “expected it to get to below 200, and then I didn’t hear anything after that, so I assumed it was.” But Melvin said he did not to speak to anyone from MLB after the game.

Air quality in the Seattle area has been unhealthy for about a week as wind patterns brought smoke from wildfires in eastern Washington, Oregon and Northern California.

For complete Oakland A’s coverage follow us on Flipboard.

The A’s finish their series with the Rockies at Coors Field on Wednesday before they return home to Oakland.

“When you went home, you felt it, for sure, and some guys more than others,” Melvin said. “My situation is very minimal. I’m sitting on the bench. The guys are out there playing in it, having to run in it and so forth. Much more concerned about them than me.”

Melvin mentioned relief pitcher Joakim Soria as one player particular who had some difficulty. Soria, 36, faced seven batters and threw 29 pitches after he entered the game in the sixth inning.

With the A’s leading by one, Soria allowed a single and, with two outs, three consecutive walks as the Mariners scored two runs to take a 6-5 lead. Seattle won the first game by that score, but the A’s rebounded to take game two 9-0.

“I think Soria had the toughest time with it, being out there for as long as (he was) and I probably should have been more aware of that,” Melvin said. “But nobody is unavailable today because of it.”

After the first game Monday, A’s starting pitcher Jesus Luzardo said, “When I came out (the AQI) was at 284. I’m a healthy 22-year-old. I shouldn’t be gasping for air, or missing oxygen when I’m getting to the line. I’ll leave it at that.”

Tuesday afternoon, it was announced that the two games the Mariners and Giants were supposed to play Tuesday and Wednesday in Seattle were moved to Oracle Park in San Francisco. The first game of the series will be Wednesday at 6:45 p.m.

By Joseph Krauss | Associated Press JERUSALEM — Israel on Thursday moved to further tighten its second countrywide lockdown as coronavirus cases continued to soar, ordering all nonessential businesses to close and requiring people to stay within 1,000 yards of their homes. Prayers during the ongoing Jewish High Holidays, as well as political demonstrations, would […]

Brooks: No, the Democrats haven’t gone over the edge

You’ve probably heard of Alexandria Ocasio-Cortez, but you may not have heard of Derek Kilmer. Kilmer grew up in a timber region in Washington state that had seen many of its logging jobs disappear. First at Princeton, then getting a Ph.D. at Oxford, he studied how towns recover from deindustrialization. He went back home to […]

By Gaelle Fournier, Niamh Kennedy and Eliza Mackintosh | CNN Two people were seriously injured in a knife attack Friday near the former offices of French satirical magazine Charlie Hebdo, the site of a 2015 terrorist attack, the Paris police told CNN. The two victims are in a serious condition but their lives are not […]